A little over ten years ago, when Shruti Haasan was not the sought-after actress today, but a student of music at the Musicians Institute at California, she happened to meet music producer Tim Simms. Together, they went on to produce an album together, believed to be one of earliest albums Shruti worked on, co-writing the songs and music with Tim, in what was perhaps her first studio recording session. A flood in 2011 at Tim's studio in Hollywood destroyed almost everything they had, save for the master recordings of few of their other artistes, including Shruti's, which were recently discovered. This led to Tim re-releasing the EP, retitled as Lost & Found, recently on the iTunes music store. We catch up with the Tim Simms, of New Millennium Records Group, over an email interaction to find out more. Excerpts from the conversation. 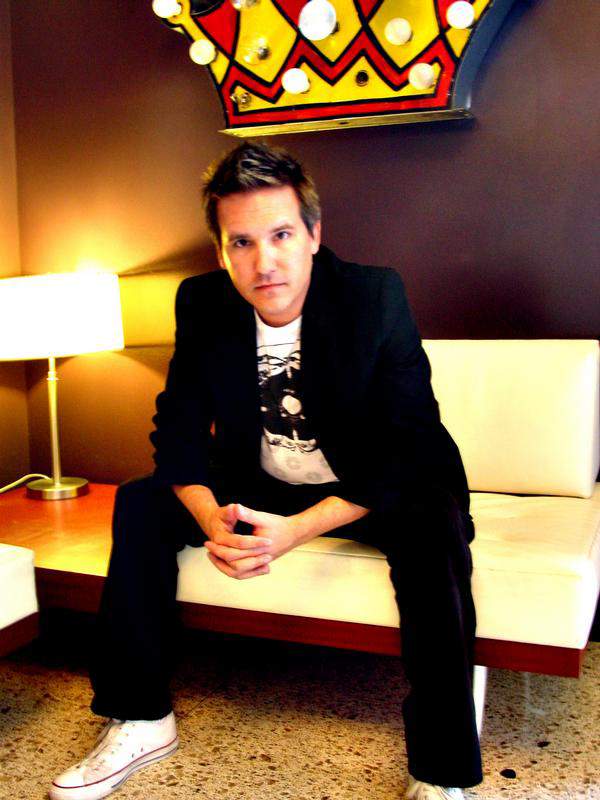 Studio sessions
Tim recalls his interactions with Shruti and working with her, with great fondness. “From the moment we met, Shruti had that sparkle in her eyes that I love to see in young songwriters and musicians. They haven't been tainted by becoming famous and/or become jaded by the 'business side' of music yet...which unfortunately happens a lot in the entertainment business,” he begins.

As a singer and songwriter, Tim remembers her to be an expressive vocalist, both in the studio and while performing live. “Each song on the EP was written and recorded almost simultaneously. In most cases, Shruti would come to the studio with her lyric notebook and a basic musical direction in which she wanted to take the song in. I would have Shruti record a 'scratch piano track' as a foundation for each song and we would then start experimenting with different beats, instruments, sounds, melodies, lyrics etc. Most of her vocals on the EP were done in one or two takes – it was all very spontaneous,” he elaborates. It wasn't all work at the studio either. Tim remembers how Shruti used to doodle in between recordings. “I don't think many people know this, but she is a fantastic artist.  She would draw me pictures, and was always doodling while we were working together in the studio,” he says.

Tamil goes alternative
Lost & Found has four songs – Tamil, Why, Again and Covers, and Tim finds it tough to classify it under a genre. “This album is so unique sounding it's really hard to put a label on it. By today's standards, it falls into the alternative category, similar to music that Lorde, Fiona Apple and Ani DiFranco, come out with,” he says. On the track, Tamil, obviously a homage to the singer's roots, he says, “The song Tamil leads off the album and is so unique I'd have to leave it up to this listener as far as interpretation goes. Shruti wrote most of the lyrics and I would help her translate her words and thoughts from Indian to English...which sometimes was hard because of rhyme scheme and such. She actually has a very strong command of the English language and I was very impressed with her vast vocabulary. Sometimes, it's hard to believe these songs we recorded over a decade ago because they sound as fresh today as they did then.”

A portion of the proceeds from Lost & Found will go to Save The Children to support continued flood relief and humanitarian efforts in India.