While Priyanka was clicked wearing a beige and silver embellished lehenga with white roses in her bun, the American singer looked dapper in his blue suit. The couple posed with their families together - Joe Jonas, Sophie Turner, Paul Kevin Jonas, Denise Jonas, Madhu Chopra, Sidharth Chopra, among others.

Priyanka and Nick released pictures from their Christian and Hindu wedding ceremonies earlier today, which broke the internet. While the couple wore a custom-made Ralph Lauren outfits for the Christian ceremony, the Indian wedding outfits were designed by Sabyasachi Mukherjee. 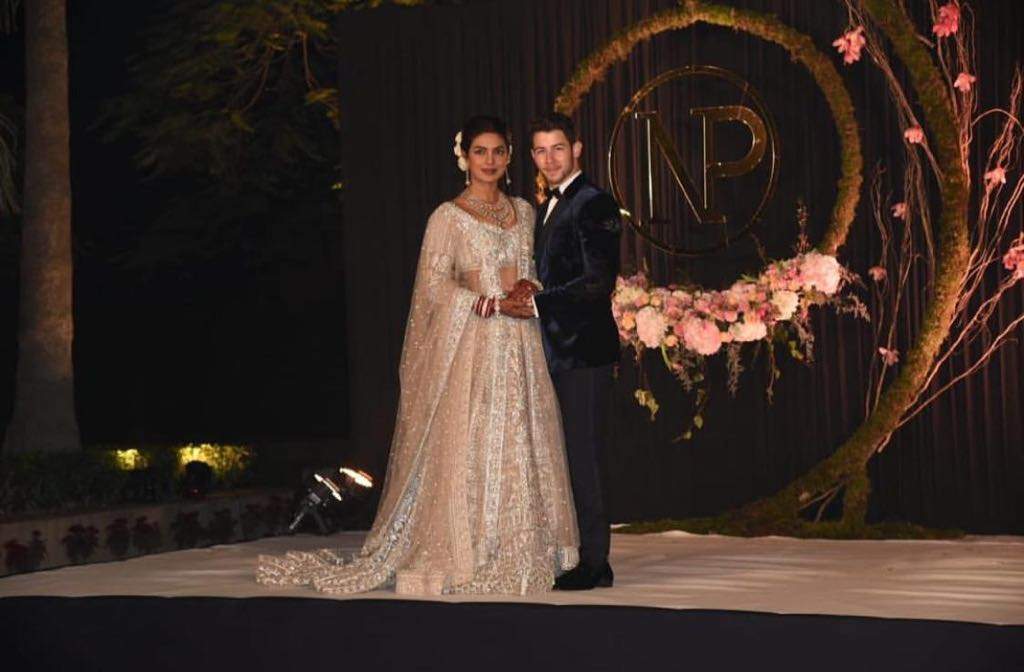 The two wedding ceremonies were a part of the four-day-long festivities including mehendi and sangeet.