Priyanka took it to Instagram family photograph on her Instagram on Christmas Eve. The picture has Priyanka standing along with Nick, two of his three brothers Frankie Jonas and Joe Jonas, his fiancée Sophie Turner, Nick's parents Denise Jonas and Kevin Jonas Sr.

She captioned the picture: "Love you family #famjam #christmaseve."

In another picture, we see Priyanka with her arms around Nick and his brother, Joe Jonas. Priyanka is seen wearing a knitted white cap and a red jacket, while Nick is looking smart in a plain sweatshirt.

She wrote: “Brothers in (my) arms.. always and forever.” 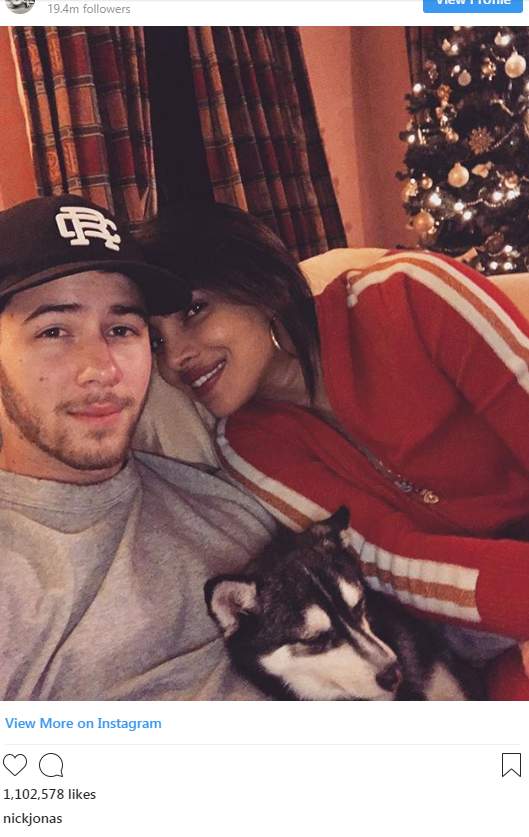 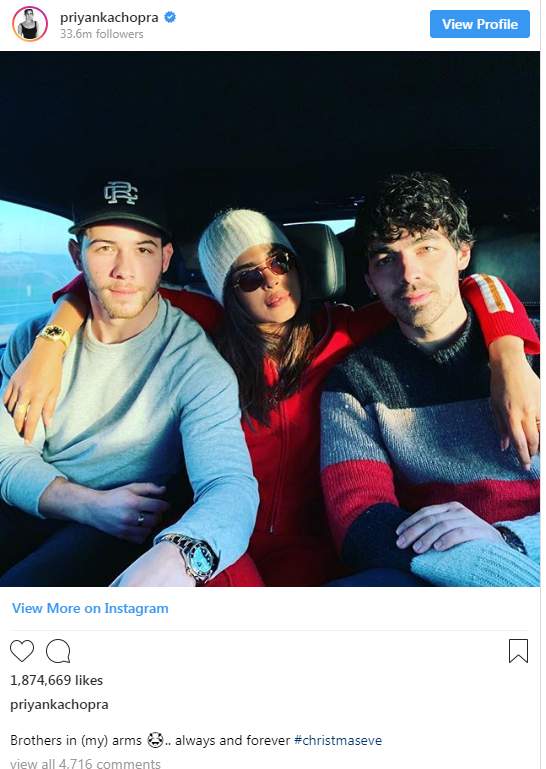