Paris Hilton is engaged to actor Chris Zylka, known for his fame in the sitcom ​​Everybody Hates Chris. The couple first met eight years ago but didn’t start dating until 2016. They finally made it official on social media in February; 2017. And Paris couldn’t stop gushing about it on social media. 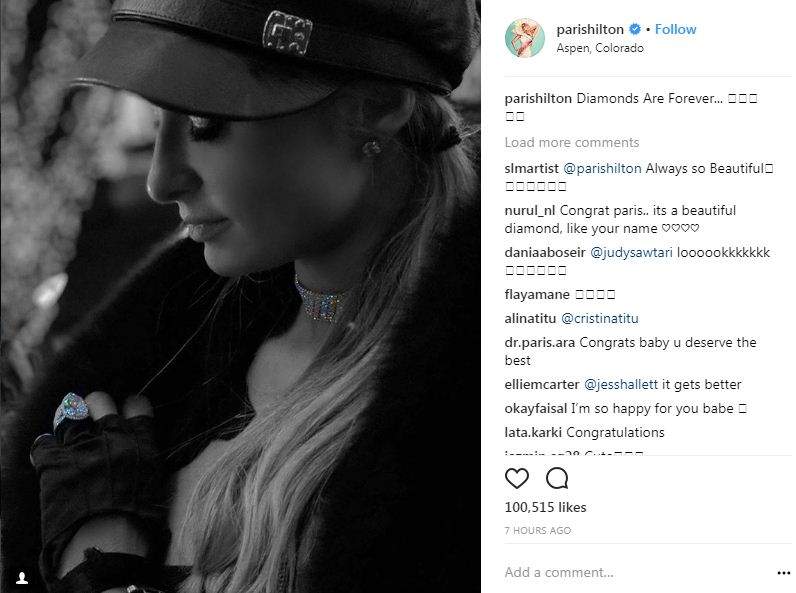 The couple who have been dating for two years having been enjoying their break in the toni ski resort. They were even spotted taking a romantic stroll, while Paris sported a shiny gold jacket and her fiancé dressed down, wearing ripped jeans and a baggy t-shirt with a camo jacket. The duo showed off their love by wearing matching black knitted beanies.

Sources stated that Chris designed the pricey ring himself. The pear-shaped 20-carat is set on a platinum split shank halo band which also boosted another two carats of smaller diamonds. Sources stated that Chris had also met Paris’s father to ask for her hand in marriage. He made sure he followed all the traditions.  Chris went down on one knee to pop the question on Aspen’s snowy slopes to his girlfriend. The heiress confirmed the news with her tweets and pictures of her enormous ring with delight. Paris was so excited at being engaged to the perfect man.