A brief history: The Queen of Controversy, Mallika Sherawat

Mallika Sherawat is no stranger to controversy. Indeed, her name almost guarantees a splash in the media. Her most recent run-in with the press has been over apparent eviction from an apartment in Paris - something that she has vehemently denied, saying that she never owned the property. While we remain avowed fans of the actor, we take a moment to look back at the several other controversies that she has raked up over the years. Make no mistake, we're looking forward to better stories about you, Mallika!

Mallika landed her first major Bollywood role with Govind Menon's Khwahish in 2003. At the time, the actor claimed that she was the first Bollywood star to plant a kiss on screen, and wear a bikini. However, history attests that veteran actor Devika Rani was among the first to perform a kissing scene, one that was four minutes long, in the 1993 film, Karna. Also, who can forget Sharmila Tagore in a bikini in the 1967 film, An Evening In Paris. 2005: Revealing too much for a promo
After receiving positive responses for her performance opposite Emraan Hashmi in Murder, she was roped in for Jackie Chan's Hollywood project, The Myth. However, she ended up receiving some flak for her choice of attire for the promotions of the film in India.

2007: Dancing at a New Year's Eve party
Vinod Jain, a social activist and businessman in Mumbai, filed a complaint against Mallika for what he claimed was an obscene dance at a five-star hotel party. However, the case was not registered as the then Santacruz police inspector Prakash Jadhav stated that there was no basis to the allegation. Have a look for yourself!

2013: Anything for TRP and a Swayamwar
Mallika starred in the reality TV show, "The Bachelorette India - Mere Khayalon Ki Mallika", and made headlines for kissing a contestant on the programme. The act was seen as a blatant way of garnering TRP and publicity ratings, apart from looking for a swayamwar. She also demanded a whopping INR30 crore for the show. 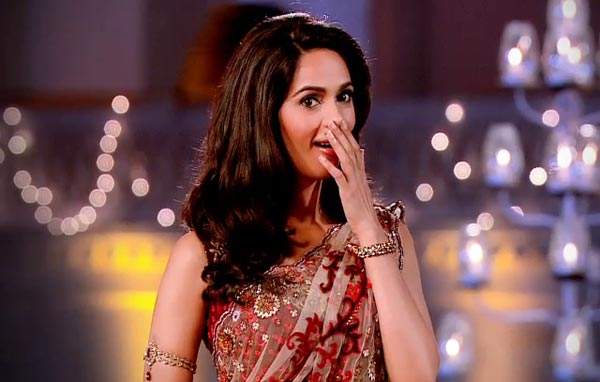 2014: Unmasking the Zorro
Mallika was spotted by the paparazzi 'dirty dancing' with Antonio Banderas in an after-party at Cannes. The duo has been making headlines ever since. It was also said that Banderas ended his 17-year-long relationship with former wife Melanie Griffith for Mallika.

2015: The Dirty Politics poster
The actor made a comeback into Bollywood opposite Om Puri with Dirty Politics in 2015. However, she was in troubled waters again for the poster of the film, where she was seen draped in the Indian tri-colour. 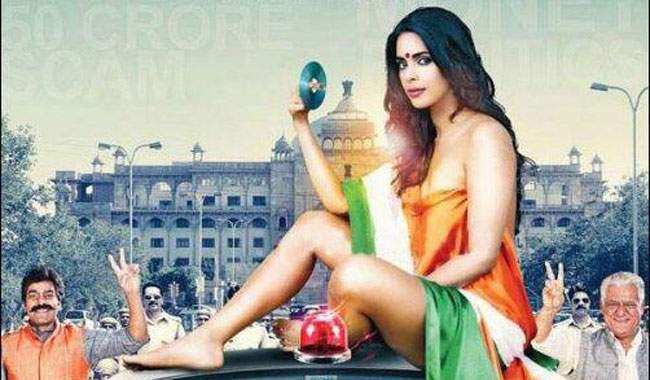