India’s celebrity hairstylist Aalim of Hakim's Aalim helped create Ranbir Kapoor's look of Sanjay Dutt for his upcoming film Sanju. While he has worked with several actors, there is a certain story to the hairstyling which is why he went on to say he felt honoured to imitate the Rocky look. Having trained under his father Mr. Hakim Kairanvi, India's first celebrity hairdresser who styled for the likes of Sunil Dutt, Aalim has been in the industry for a long time.

Incidentally, Aalim's father Hakim created Sanjay Dutt's look for his debut film Rocky and now life has come a full circle as Aalim has created all the looks of Ranbir Kapoor for Sanju. Talking about it Aalim says, "My dad Hakim Kairanvi created the look for Sanjay Dutt’s debut film Rocky in 1982. I was truly honoured when I got the chance to recreate the same Rocky look of Sanju sir for Ranbir Kapoor in 2018."

The hairstylist further added that when he showed the picture of his dad and Sanju to Ranbir, he got damn excited and they tried to recreate the same picture by giving the same pose. He went on to say that he really enjoyed creating all the looks for Ranbir for film Sanju as he happened to be a hairstylist for Sanjay Dutt in real life as well. Talking about working with Ranbir Kapoor, Halim said, "Ranbir is a Rockstar and has pulled off all the looks so beautifully... It looks like he is wearing the skin of Sanjay Dutt... Hats Off to him." 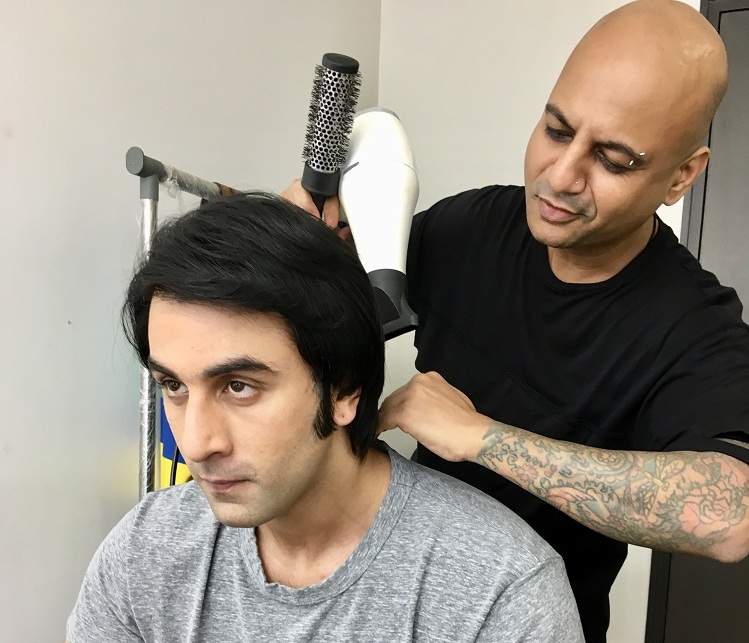