Karan Johar on Monday unveiled the first trailer for his much-anticipated film, Dhadak, and Twitter dealt it with mixed reactions.

Dhadak, which introduces late actor Sridevi and producer Boney Kapoor’s daughter Janhvi Kapoor and Ishaan Khatter, is a Hindi remake of Marathi blockbuster Sairat which was directed by Nagraj Manjule.

Janhvi Kapoor gets emotional during Dhadak trailer launch, says she misses Sridevi more than ever

While many applauded the refreshing chemistry between lead actors Janhvi and Ishaan and how the trailer has heightened the anticipation for the movie, others felt that the movie failed to be as authentic as the original film Sairat. And Twitter, in no time was filled with jokes and memes trolling the movie.

Here are a few: 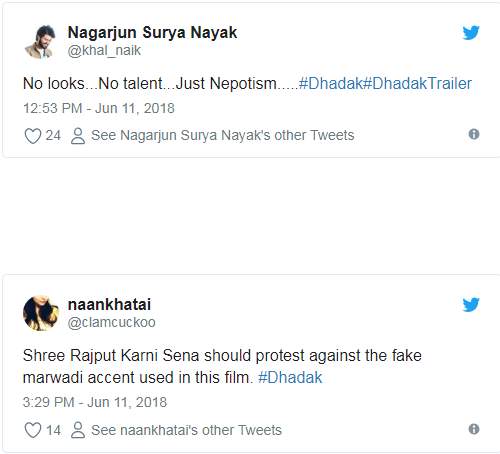 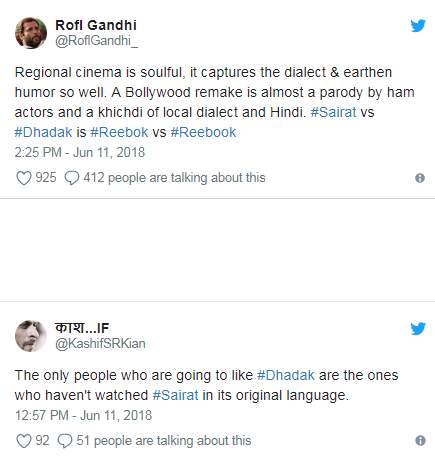 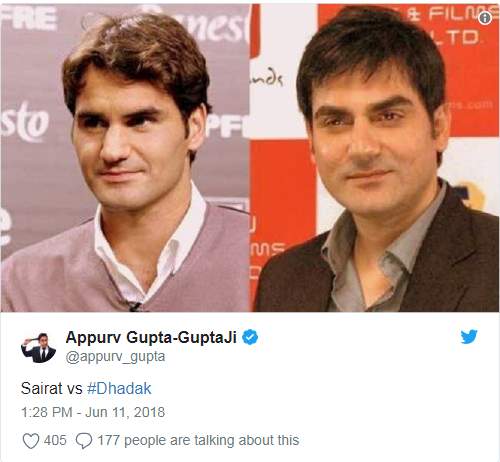 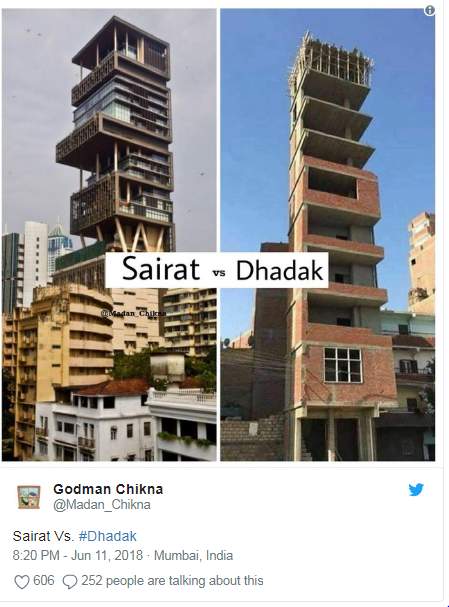 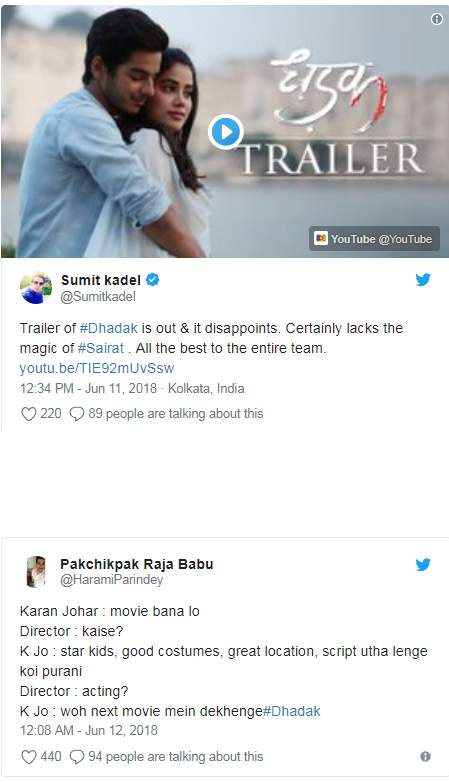