Bollywood legends Sridevi and Shashi Kapoor were honoured at the 90th Academy Awards in their "In memorian" segment, which took place todayand that seems to have left the Bollywood celebs overwhelmed.

Rishi Kapoor took to Twitter thanking the Oscars for acknowledging Shashiji's and Sridevi's immense contribution to the field of cinema.

"Oscars. Thank you for remembering Shashi Kapoor and Sridevi. Thrilled to see the name Raj Kapoor as the executive producer of the show. We are on the threshold of world cinema!" he wrote.

Many others including Varun Dhawan, Vidya Balan, Arjun Rampal, Farah Khan took to their social media accounts to share this piece of news. 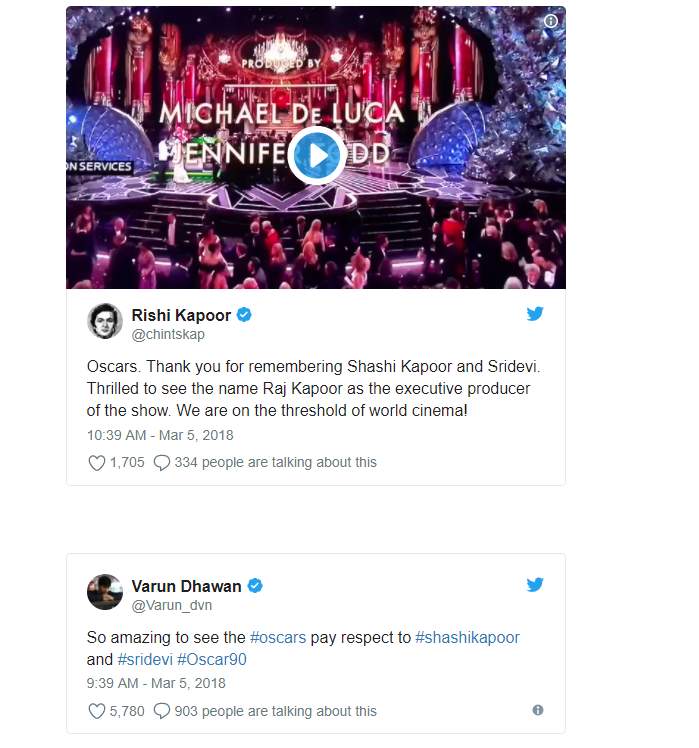 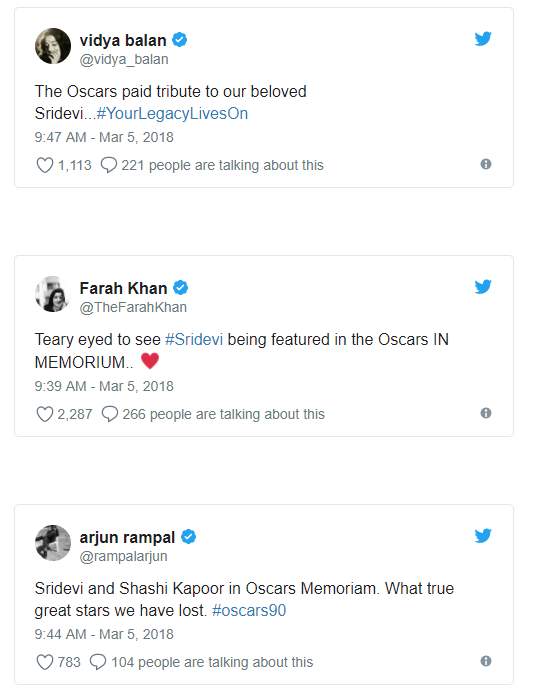