He is a man with an eye for detail and he seeks things that make the ordinary, extraordinary. A quick glance at Manish Mundra’s Instagram page and you will know what is it that we are referring to. The producer of films such as Newton, Ankhon Dekhi and Masaan, has been clicking stunning images of birds that migrate to India during the migratory season.

It is interesting to note the fact that these images haven’t been shot at bird sanctuaries or parks that are known to be inhabited by migratory birds. Manish has been extensively capturing these exotic birds in Bengaluru. “I have mostly been shooting at Saul Kere Lake that’s behind RMZ Ecoworld. It is about one-and-a-half kilometres from my house. Though it has less water, you can see birds flocking to the lake. There are still 10-15 species of birds nesting there,” explains the producer who has also shot at two lakes in rural Whitefield. 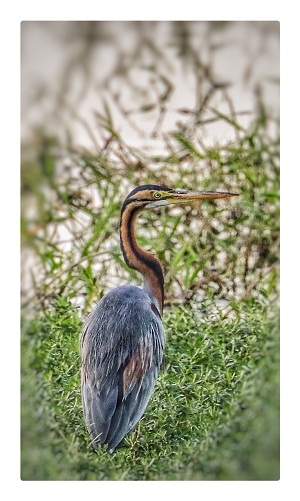 Spot on
In the last one year, Manish has managed to spot over a 100 different species. Ask him to name a few and he confidently rattles off names of some birds such as black-headed ibis, glossy ibis, painted stork, black-faced spoonbill and grey heron — captured on his Cannon 5D Mark IV. It’s not an usual thing for a film producer to take such keen interest in shooting birds, and that too working around the infamous lakes of Bengaluru that are known for spewing froth. But Manish explains his purpose, “The point I want to raise through my images is that these birds love this city’s landscape and are still looking for spaces,” he says. 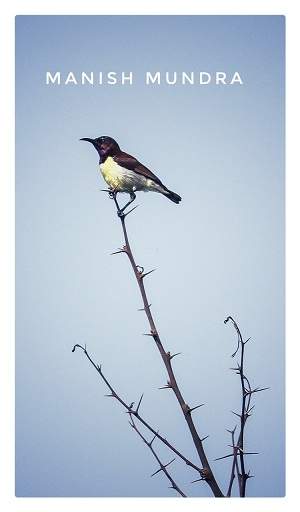 Though he is new to spotting birds and shooting their images, Manish has certainly managed to impress shutterbugs with his detailed imagery. “I follow a lot of birdwatchers on Instagram. I observe their images and learn from them. Mahesh Reddy (a wildlife photographer) too has helped me identify some species of birds. What I always do is focus on the story in the picture and I have been lucky to find stories,” says the producer who has a lot of films coming up this year. 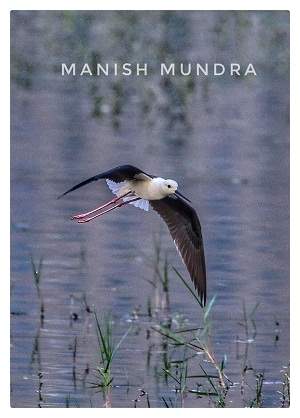 In the pipeline
Kaamyaab starring Sanjay Mishra, Deepak Dobriyal and Isha Talwar has been wrapped up. Shooting of the new film, Frock, starts in the first week of May, pre-production work on Anaaam has already begun, and a couple of other films are in the development stage. While the film work is in full swing, Manish might also give his followers a surprise on Instagram and Twitter by announcing a coffee table book featuring his bird photography.