Superstar Rajinikanth back in town to celebrate grandson Ved's birthday

After undergoing the routine medical check-up in the US, Superstar Rajinikanth returned to Chennai on Saturday. Ahead of the audio launch of his upcoming film Kaala, Thalaivar celebrated his grandson Ved’s birthday at the residence.

Ved is the son of his daughter, Soundarya Rajinikanth. The pictures from Ved's birthday party were shared on Twitter by his mother.

Soundarya married a Chennai based industrialist Ashwin Ramkumar in 2010. The two parted ways in 2015 and got officially divorced in 2017. 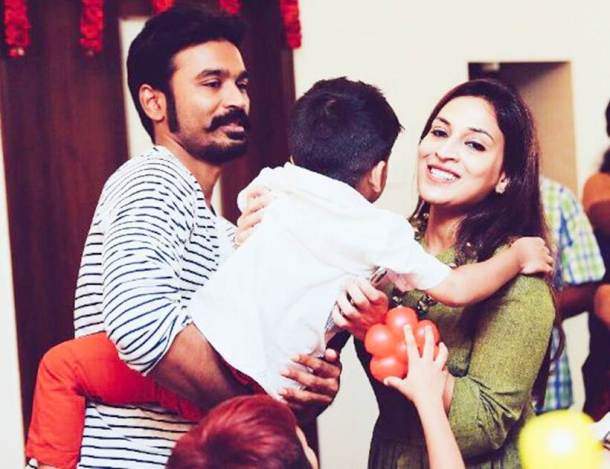 Other pictures too give us a peak into the Rajinikanth household.

Soundarya Rajinikanth started her career as a graphic designer and then moved to working in films. Last year, she directed VIP 2 with Dhanush.

On the other hand, Kaala is Produced by Dhanush’s Wunderbar Films and is directed by Pa Ranjith and is scheduled to release on June 7.

3 years ago an angel came into my life !!! My miracle my #babyboy #VedKrishna #HappyBirthday baby ❤️❤️❤️ #May6 pic.twitter.com/ALnocwNj5b