Bollywood actor Harshvardhan Kapoor's latest movie Bhavesh Joshi and sister Sonam Kapoor's movie Veere Di Wedding will be releasing on the same day, June 1, 2018. Harshvardhan said that the clash is a reason to celebrate as it's a calculated and unemotional move. He also went on to say that the Kapoor's will take over that Friday.

The Mirzya actor added that they didn't expect Parmanu to release on May 25, because the makers were fighting a legal battle. As the IPL is ending on May 27, June 1 looked like an ideal date and it’s a cleaner space for two films of distinct genres to release.

Talking about the film, Harshvardhan said that he is proud to be a part of the project and he hopes that when people watch the film the audience only imagine him in the part; the story is about a guy who is desperate to do the right things. Bhavesh Joshi Superhero was in the making for over five years and Harshvardhan was the third actor to be considered for the lead after Imran Khan and Sidharth Malhotra.

When Anil Kapoor was asked about the clash he said that these calls are made by the respective studio and distributors. He also said that as a father he will be anxious about his children. 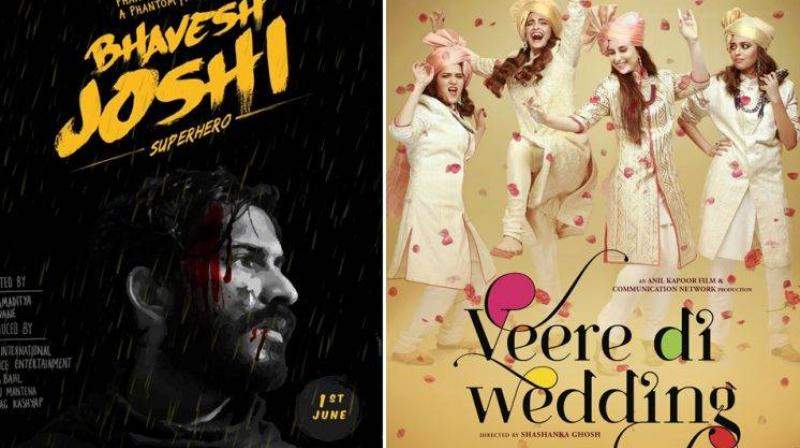