Years before the present Big Four of tennis gave a new definition to sporting greatness, there were a handful of players vying for all-round supremacy in the sport. Among them was Andre Agassi, the meticulous, talented workhorse whose service return was said to be matched by no one. The winner of eight Grand Slam singles titles and the husband of another tennis legend Steffi Graf, Andre was at the peak of his career in the late 1990s, followed by a injury-ridden slump, and then coming back to form and fitness at the start of this millennium.
It is only fitting that his last Grand Slam final resulted in a defeat at the hands of Roger Federer in the 2005 US Open, in what many considered as the passing of the baton in hard court tennis. With the US Open just winding up its 50th anniversary edition earlier this week, the American legend looked back on what has been a sterling career, as he also talked about his association with Italian coffee company Lavazza (the official coffee partner for the event), parenting basics and why he is happy that he became famous before the advent of social media.

It was the 50th anniversary of the US Open. Why is this tournament special for you?
We have four pillars in our sport, obviously, with the Grand Slams, and I think each one in their own right has an epic place in not just tennis, and not just in culture, but also in the lives of all these athletes, and to get over the finish line, in all these slams requires something unique. I am not sure anything can ask more of you than the US Open.
I mean, this year we dealt with some crazy amount of heat as well, and that only adds to the obstacles in the way of accomplishing the goal of getting over the finish line. So, if you can — like the line ‘If you can make it here, you can make it anywhere’, from Frank Sinatra’s song New York, New York — it actually applies in tennis. I mean, if you can win this tournament, you can pretty much accomplish whatever you dream is.

Do you think social media is a good thing for players nowadays?
I think social media is a double-edged sword. If you have access to promoting yourself in a positive way, or be self-inflicting, you have an opportunity to do either. So, choose wisely and be careful. I am very thrilled that I picked a hell of a time to be famous. Because if social media was around when I was less aware of the consequences of my words or actions, I think people would think a lot less of me. 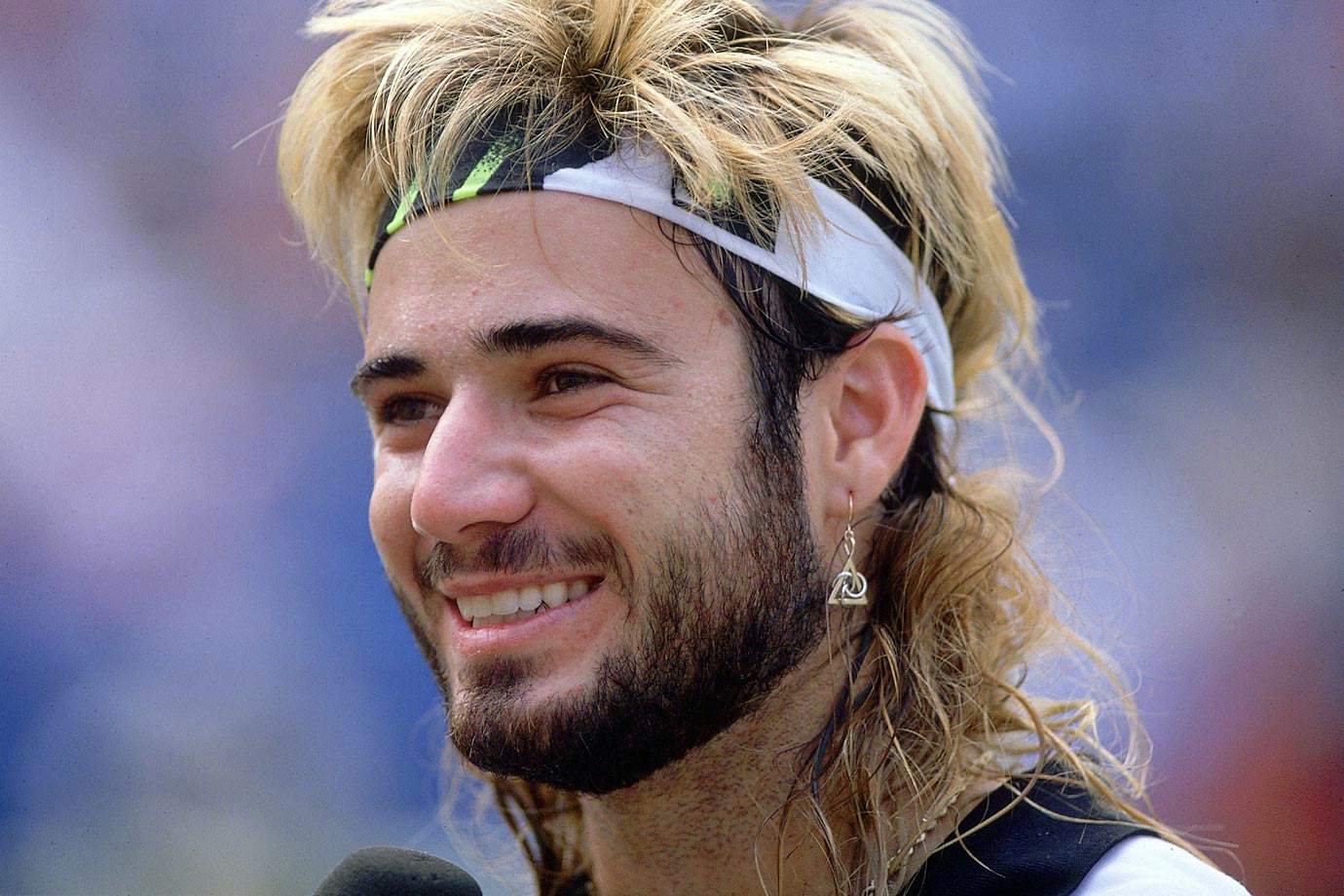 Looking back, what do you think were the biggest strengths that helped you achieve success?
My biggest strengths in my career were probably my perseverance and attention to detail. I mean, everybody’s strength is their weakness, so that worked against me also, right? So, I do feel like I am an underachiever, in the sense that I could’ve done more.
But I think any perfectionist always feels that way. The ability to fight through adversity and come out the other side with a level of self-respect — that takes something that is hard-wired. I am not sure that you can teach that. But I definitely believe that adversity reveals character more than it develops it.

What were the biggest highlights of your career in your view?
All the majors, the gold medal, and the Davis Cup, plus my wife saying ‘Yes’!

What do you think is the key to have a successful marriage? Do you guys play tennis together?
We do not play tennis together, but there are times we do charity auctions, items or tennis lessons, that kind of thing. But how do you give general advice? My advice is simple, you know you got two people, you need to make sure that each of you individually are a whole and entirely complete human beings without each other and then you come together and then there’s work. Because you have to mould your life with one another, help each other to be better at what makes each one who they are and help each other be stronger in areas that aren’t so much of a strength. So, it starts with not needing somebody to make yourself full and praying to God that you’ve found a person that actually has the same perspective.

How would you describe your parenting style? Do you wish your kids would take up tennis?
Well I do not wish my kids had taken up tennis. It’s too late to ask what I wish because they’re older now — they’re 16 and 14. My goal: we all try to break the cycle of dysfunction in our childhood. And I’ve done my best to do that in areas that I feel that I was denied, and I try to be the person that my father was to me in areas of offering strength. But you do a lot more learning as a parent than you do teaching, and I am always trying to learn. 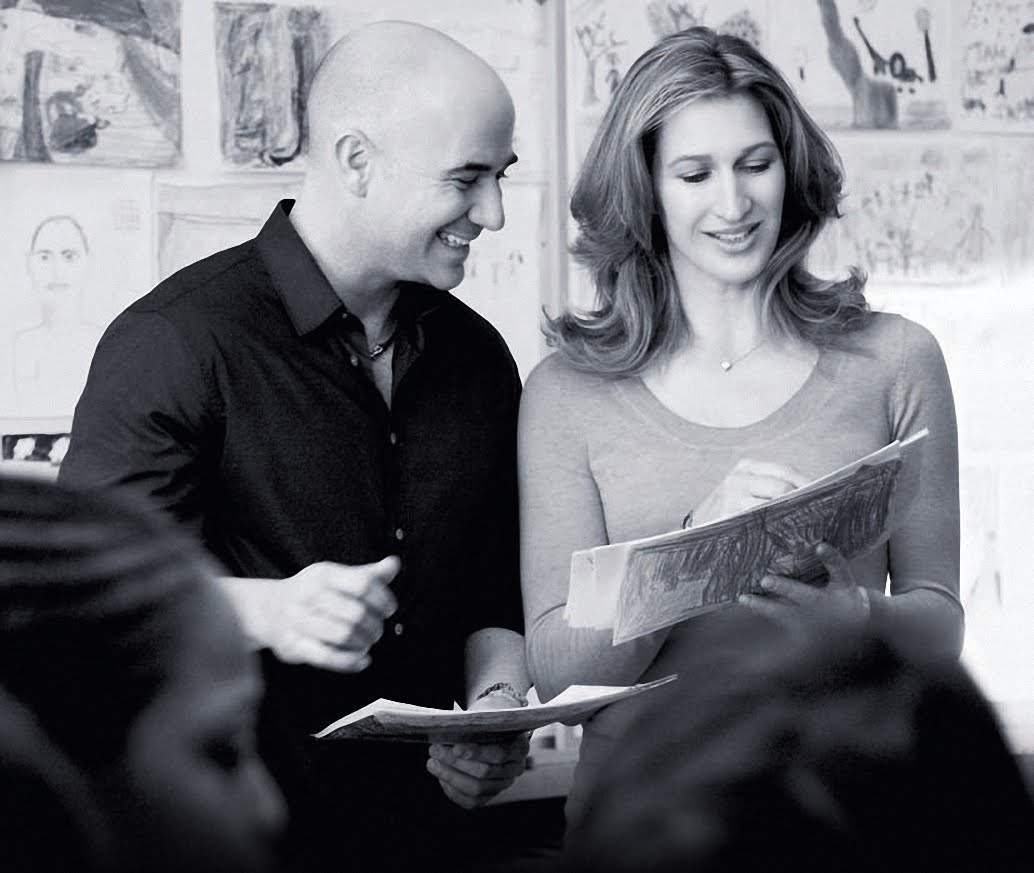 How’s the Andre Agassi Foundation for Education doing? Is there anything new that you’re working on with the Foundation?
I am just expanding on my Foundation, with the help of so many, Lavazza included. We have gone from building a school in Las Vegas to building about 83 across the country and expanding as we speak. So, it’s been a great journey, and I never could have dreamt that it really would lead to this, but when you bring good people together, you know, great things happen.

Speaking of Lavazza, what’s your favourite type of coffee?
I like about three expressos just to start the day. You know just to remind me that everyday it’s buzzing and let’s get after it. And then I don’t mind a little shot of cappuccino somewhere in the  afternoon, but it’s been a healthy part of my life for a long time. I wouldn’t be doing this interview at eight in the morning if it wasn’t for Lavazza, because I would still be sleeping!

Lastly, what are your plans for India, whether it be on a personal level or through your foundation?
India is a place I’ve been to a number of times. I am going back as soon as I expand. We’re trying to do (new things) with education via a business I started called Square Panda, to help kids in their early childhood learn to read and to be literate. Also, to teach English, and as a result, India is a big marketplace that we’re moving into this year. Moving on, I will have many more reasons to be going to India in the future too.