Bollywood Urvashi Rautela took to her Twitter account to slam a video report that claimed that producer Boney Kapoor touched her inappropriately at an event.

The news report claimed that Boney touched Urvashi inappropriately in public and that the actress reacted by asking him to keep his hands off her.

Reportedly Urvashi and Boney had met at Jayantilal Gada’s son Aksshay Gada’s wedding a few days ago and had posed together for the paparazzi.

The actor shared a screenshot of the video and commented on the news piece, “Presumably one of India’s ‘SUPREME’ newspaper and this is ‘NEWS’!!?? Please dont talk about GIRL POWER or WOMEN’S LIBERATION when YOU don’t know how to RESPECT/HONOUR GIRLS.” 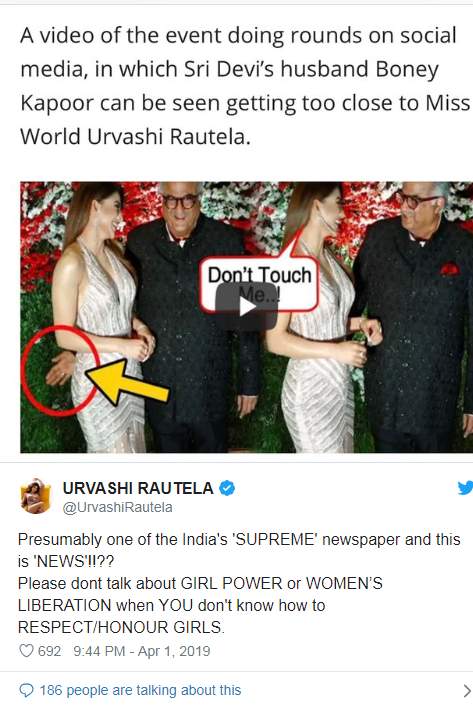