Karl Lagerfeld: A legend who defined and influenced high fashion for over six decades

In a speech honouring him, on the occasion of him being given the Outstanding Achievement Award at The British Fashion Awards in November 2015, his close friend and confidante, artistic director of Condé Nast, Anna Wintour, had this to say about the legendary designer and icon who passed away earlier today: “Karl might deploy embellishments inspired by 18th-century decorative arts, or a boxing ring in Memphis. He has the urgency and the daring of a young designer, even though he's created new collections every season for some 60 years.” That in essence is the secret behind the 85-year-old staying relevant and cutting edge until his very last breath. 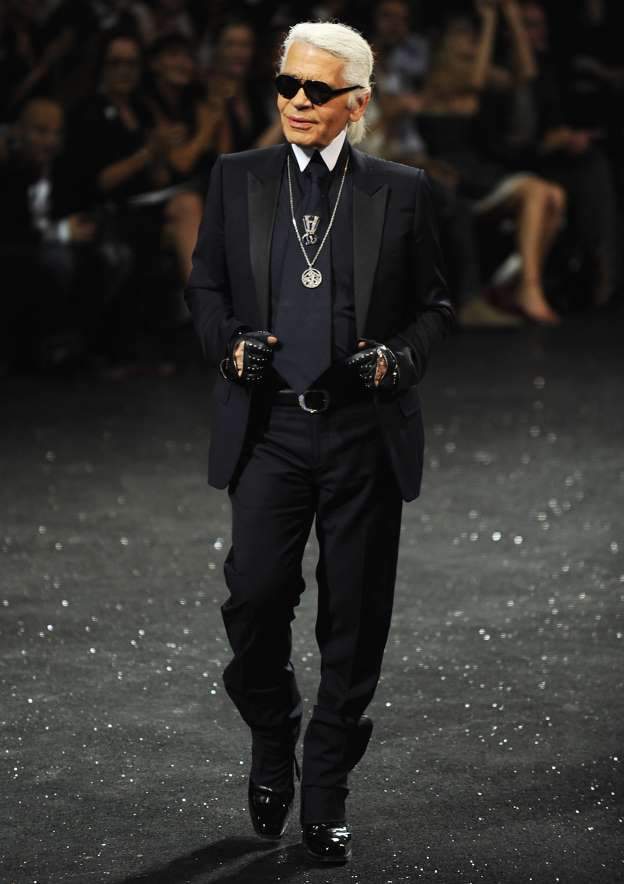 Originally from Hamburg, Lagerfeld moved to Paris in 1952, where after attending a Christian Dior show, he realised he had a strong interest in fashion. It would be two more years before he got his first break, working with Pierre Balmain after winning the Secrétariat International de la Laine compétition. Having worked with Balmain for a few years, he then moved to Jean Patou in 1959. In 1964, he joined the French luxury label Chloe as a freelance project, while also lending his genius to Italian label Fendi, since 1965. While his collaborations were many, his two main associations were with Fendi and Chanel, which he joined in 1983.

At first not well received, Lagerfeld’s designs slowly found their way into the closets of the moneyed, thanks to iconic silhouettes such as the ‘surprise skirt’ which was actually a pair of pleated trousers made to look like a skirt. The legendary Elizabeth Taylor was one of his earliest celebrity patrons, when he was designing for a Roman couture label called Tiziani, in 1963. After joining Chanel in 1983, he started his own label, Karl Lagerfeld in 1984. Until his death, he continued to work with all three fashion houses - Fendi, Chanel and Karl Lagerfeld.

“I am profoundly saddened as today we have lost a unique man and an unrivalled designer, who has given so much to Fendi and to myself. I was only a child when I first saw Karl. Our relationship was very special, based on a deep and very genuine affection. We had a lot of mutual appreciation and endless respect. Karl Lagerfeld has been my mentor and my point of reference. A blink of an eye was enough to understand each other. For Fendi and myself, the creative genius of Karl has been and will always be our guiding light, moulding the Maison’s DNA. I will miss him deeply and always carry with me the memories of our days together,” Silvia Venturini Fendi, Fendi Creative Director for Menswear, Accessories and Kidswear, said in a statement to Indulge, The New Indian Express.

“Working with Karl Lagerfeld at Fendi allowed me to catch a glimpse of the secret of the continuous renewal of the House. I profoundly admire Karl’s immense culture, his ability to rejuvenate at all times, to taste all the arts, to not overlook any style, along with a persistent refusal to turn to his past, to look at his work in a mirror. He was restless and his exigent nature would never leave him. The show was just ending that Karl would always say, "And now number next!" He leaves us an enormous heritage, an inexhaustible source of inspiration to continue. Karl will be immensely missed by myself and all the Fendi people,” Serge Brunschwig, Fendi Chairman & CEO said in the same statement.

Instantly recognisable, with his white hair, netted gloves and dark glasses, no one can sum him up better than Anna Wintour did in that speech at the British Fashion Awards, when she said, “I have never known him do anything but rise to an occasion, on the runway or in life.”