ADHYAYAN SUMAN DECLARES that he’s in a ‘happy space’ now. And, he has reason to be so. Not bogged down by the lukewarm response he received from the industry during the initial phase of his career, Suman released his new single Rangjaye last week. The Mumbai-based actor-singer, who has acted in Haal-e-Dil (2008), Raaz – The Mystery Continues (2009) and other films, is capitalising on the power of social media. He shares with Indulge his passion for acting, taking inspiration from father Shekhar Suman, and aspiring to be successful. Excerpts:

This is the second song you have directed, acted and sung. How was the experience?

It has been a wonderful experience so far. Soniyo, my last song, did very well and gave my confidence a big boost. I always wanted to direct, and I am glad that I am being able to do that with my music videos. The videos are like short films, which have a story that needs good direction, and has music as well. It feels liberating to do what you want to do. If I fail, the onus would be on me. 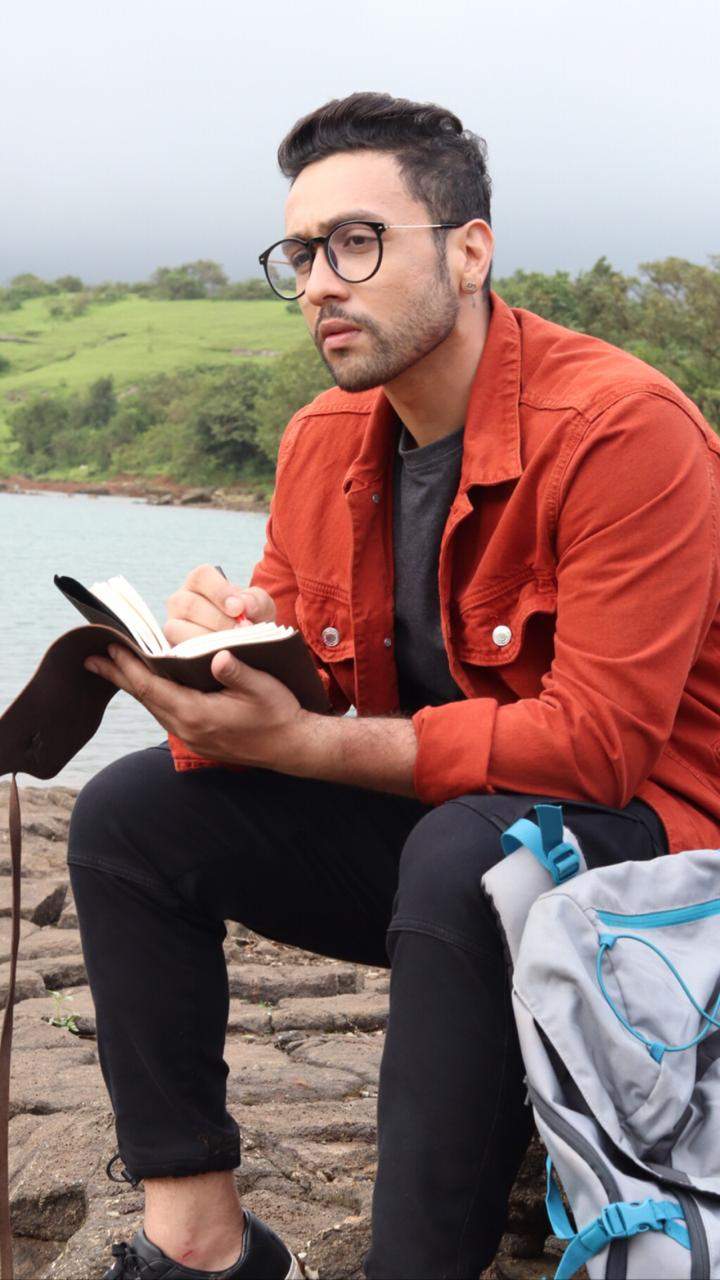 Tell us more about Rangjaye.

Rangjaye is about chasing your dream. It’s about getting out of that monotonous routine, and living for your passion. The song was penned by Avinash Chouhan and composed by Harshit Chauhan. Rikant Pittie and Shivanshu Pandey have produced it. The song is about breaking out of the box. It talks about my journey, as I have been through that phase. I had stopped dreaming at one point in time. But then, when I took command of my life and started doing things that I was passionate about, things turned to my favour. I realised the power of social media when I got 14 million views for my song Soniyo. If it can give you Justin Bieber, it can make you a star as well. I am in a happy space now.

The song features Aarushi Dutta of Roadies and Splitsvilla fame. What made her your choice for the music video?

She fits the bill with her tattoos and her look. There is no love story here. They are just friends, and they heal each other. The song was shot in Coimbatore and Karjat, and the locations add to the beautiful melody of the song. However, it was a task, as we lost many days of shooting due to floods.

What are you most passionate about?

Acting is my passion. People have not seen my skills much, though I am eight films old. However, very soon, people will see me in a web series with Hina Khan. It takes one commercial success to reach great heights like Nawazuddin Siddiqui. And, I want to be successful.

Where do you draw your inspiration from?

I believe, I get the strength from my dad. I have watched him closely, how he reacted to situations, and how he was never perturbed by challenges. Everybody has a downfall. But we must be ready to face challenges head on.