The year 2020 witnessed the release of some fantastic web series and new seasons of popular shows that kept audiences hooked to their screens. Of all the series, two names stood out – that of Scam 1992: The Harshad Mehta Story and Mirzapur 2. While the lead actors have been appreciated for their performances, it’s also those in supporting roles who added to the success of these shows.

From Mirzapur 2, Prashansa Sharma who played the role of Radhiya and Anjum Sharma who was cast as Sharad Shukla definitely added to the dramatic narrative of season 2. While Anjali Barot who portrayed the role of Jyoti Mehta stood her ground amidst seasoned actors with her mature performance.

We speak with the three artistes about their experience of working in the shows and their lives off-screen: 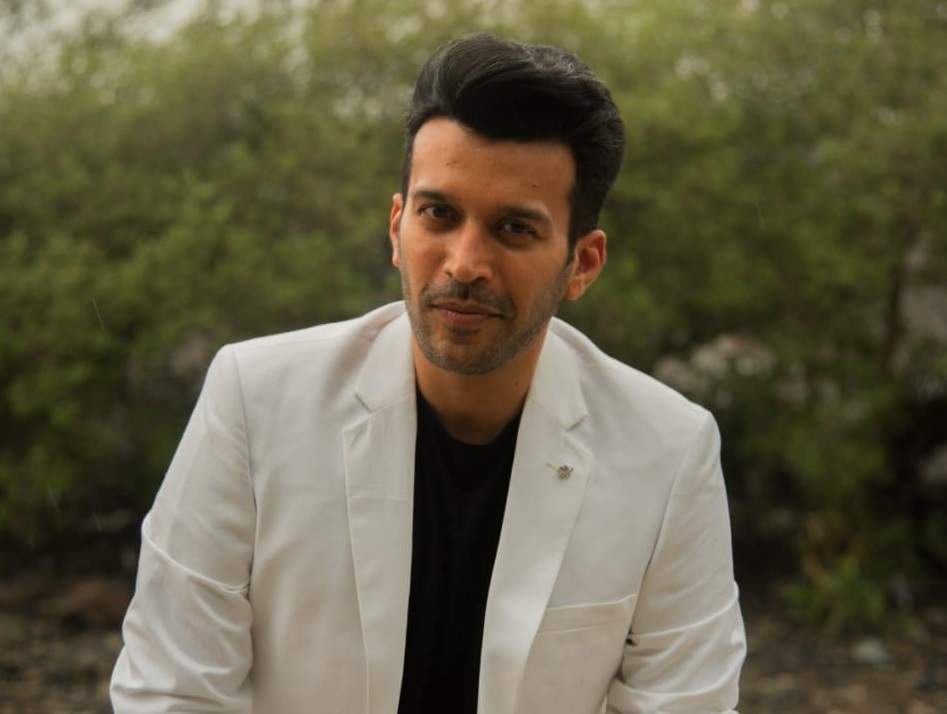 Anjum Sharma
Your character was a big surprise in Mirzapur 2... and the reactions have been quite positive...
I’m overjoyed, overwhelmed and grateful to all my fans for loving and appreciating my character so much. I am very happy that my performance resonated with everyone and was understood by all despite the fact that it was a layered character. As an actor I feel satisfied knowing that my choices were noticed and talked about.

How did you prepare for the role?
I worked on the minute details of my character and I had to work on both mental and physical aspects of the role. I took some time off, and placed myself in Sharad Shukla's shoes to understand his perspective, meanwhile, I was also working on my physical appearance. It took four months of rigorous workout to get into shape.

Which character from the story do you hate and which other do you love and why?
I don't hate any character from Mirzapur, I just love how each and every character is written, including their grey shades. But objectively speaking, from the audience perspective, I'd say Bauji: Satyaanand Tripathi because his character shocks you, shakes you and leaves you wondering. Having said that, one can only form strong opinions about a character or dislike a him because it has been written and portrayed well.

You were also part of Slumdog Millionaire, what memories do you have of that film?
I remember getting a call from someone who mentioned that Danny Boyle is directing the film. So I auditioned. Two months later I got a call from the co-director, Loveleen Tandan who was casting for the film and she offered me a role I hadn't auditioned for. It was my first time being in front of the camera. I remember wanting to buy a DSLR at that time, so this role just happened at the right time for me and my camera.

What are you working on next?
There are a couple of scripts I have been reading and hopefully, I'll have some great news to share with my fans soon.

Prashansa Sharma
Tell us about the Mirzapur experience... how did you bag the role? How was it to play an important role that evolves much more in season 2?
I was right out of film school when I was auditioning for Mirzapur. Anmol and Abhishek from Casting Bay asked me to give it a shot. But I didn’t know that Radhiya would be so big in season 2. She was actually killed in season 1 but that scene was edited out and that’s how her character was retained for season 2 and I am grateful to the writers, the director and producers for it. I loved the fact that I could develop the character even more and take her further.

Did you feel a bit apprehensive to play Radhiya's role because it involves quite a few sex scenes? What were your initial thoughts?
Of course, I felt apprehensive. I wanted to know who was shooting it, how would it be shot. As an actor I wanted total clarity about this. I met the director, Karan Anshuman, before the first season and I told him what I was comfortable with. It was great to define boundaries, so when we went on sets, there was no confusion and nothing was uncomfortable about it. Divyendu (Sharma) is a very professional actor and we were doing what was required for the story.

There have been so many funny memes on Radhiya... what was your first reaction? Do you feel flattered?
I love memes. When I first saw the memes with me in it I was a little shocked. But then I loved all the memes except for those that made fun of sexual and physical abuse, women and social class.

You seem like a fitness enthusiast from your Instagram profile... tell us about your fitness routine.
I love staying fit but my fitness has more to do with overall well-being. I do yoga, I meditate and I do cross-fit. I eat Indian seasonal vegetables and fruits and I usually try and get these from a farm.

Tell us about your pets who you keep posting about on social media.
I became fond of cats after I rescued one. I kept her with me and I just couldn’t let her go. Her name is Figa. My second cat is adopted from a friend's cat's litter and his name is Cub. 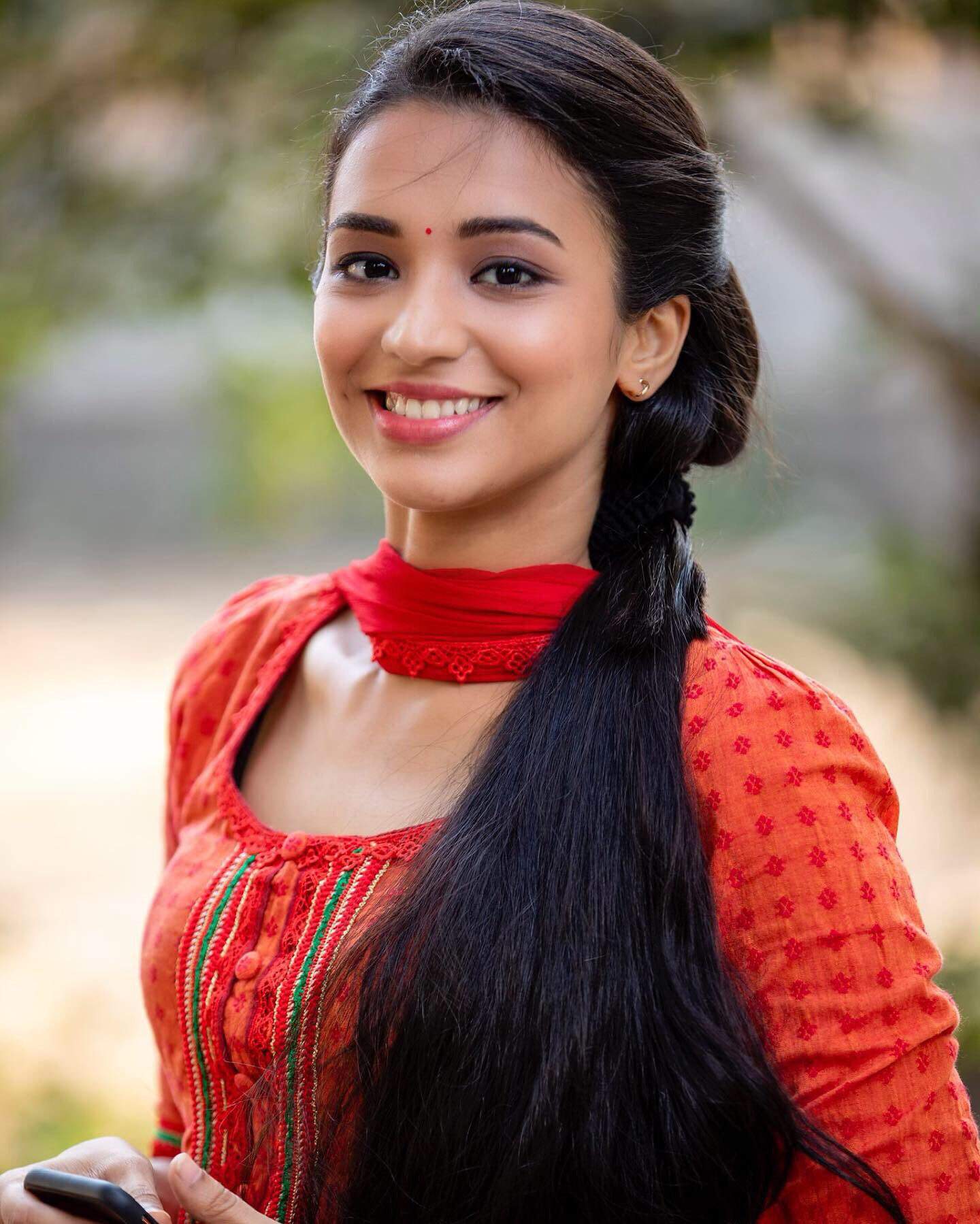 Anjali Barot
How did you bag the role of Jyoti Mehta in Scam 1992: The Harshad Mehta Story?
I have been acting since five years in short videos and films for Filter Copy, Buzz Feed and I have also done a lot of TVCs. In 2018, I had auditioned for the show and had got selected for round two. I was paired with Pratik (Gandhi) for this round, but after the audition the project was put on hold. There wasn’t one night when I slept without thinking about it. Finally, a year later I was called by Mukesh Chhabra saying I have bagged the role.

There’s very little information available about Jyoti Mehta, so how did you prepare for the role?
I had absolutely no information about her. I had to prepare myself completely based on Hansal sir and the writer’s vision. It is their vision of Jyoti that I have translated to the screen.

What was the most challenging part about your role?
Working on my diction was quite challenging. I am a Gujarati and we speak in a modern dialect at home, so for the show I had to prepare to speak in a very different dialect.

How was it to work under the direction of Hansal Mehta?
I think it is every actor’s dream to work with him. Every time I saw him, I could visualise the National Award next to his face! (Laughs). As a director he gives total freedom to his actors. There were quite a few funny memories made with him. For example, I use a lot of terms which most of us millennials use, and Hansal sir wouldn’t understand those. I remember once he asked me what FOMO meant and I had to explain to him.

You seem to have developed a great chemistry with Pratik Gandhi, and also sang an impromptu rap song for social media which went viral…
Yes! I always wanted to do something fun with Pratik and this was just random experiment and it worked.