Akshay Kumar has surprised his fans with his new look from his upcoming film Bachchan Pandey. The actor posted the image on Instagram. A bare-chested Akshay sporting bling gold chains and a maroon headband looked fierce yet hot. 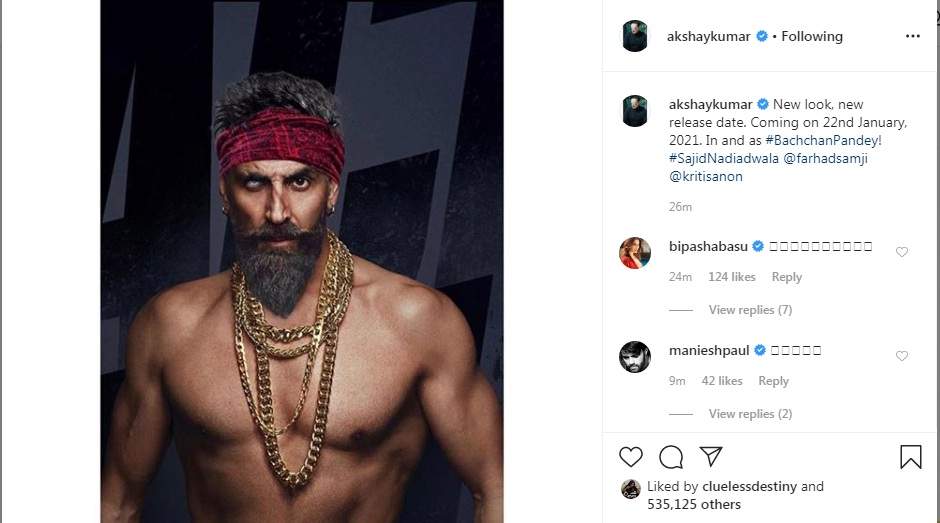 This image was in fact, the actor's reply to Aamir Khan's tweet. It was reported that the two actors had had a conversation regarding the release date of their respective films. Akshay's Bachchan Pandey was supposed to release on the same day as Aamir's Laal Singh Chaddha, on December 25, 2020. However, now Bachchan Pandey's release date has been shifted to January 21, 2021. 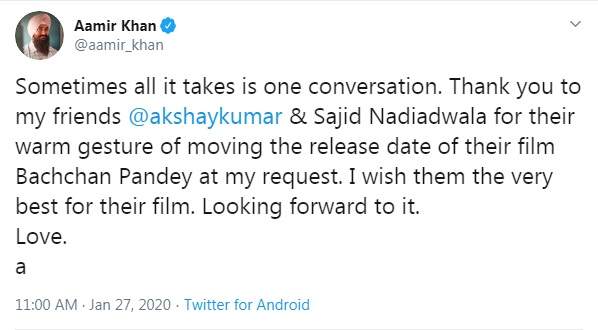 In a tweet posted this morning, Aamir said, "Sometimes all it takes is one conversation. Thank you to my friends @akshaykumar & Sajid Nadiadwala for their warm gesture of moving the release date of their film Bachchan Pandey at my request. I wish them the very best for their film. Looking forward to it. Love. a" 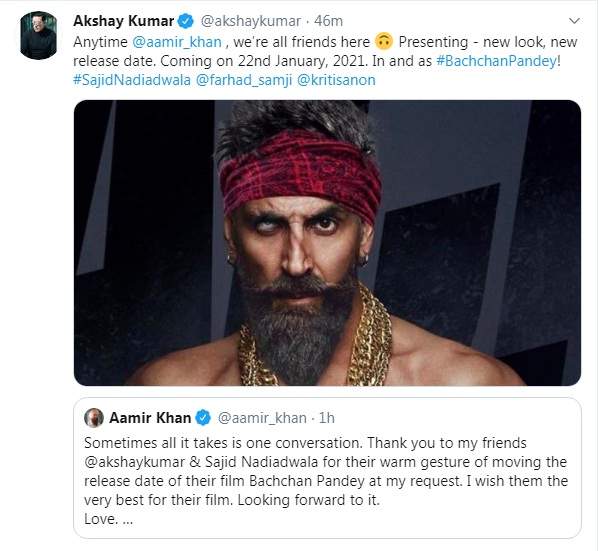 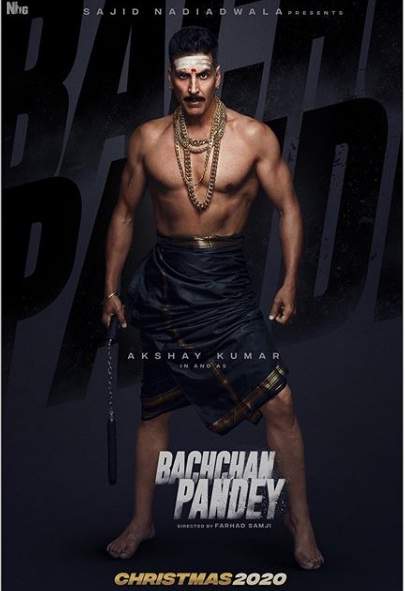 In fact, Akshay's first look from the film was revealed last year in July last year. The actor donned a black lungi with a golden border and bling gold chains around his neck. The nunchaks in his hand and forehead smeared with vibhuti and red tilak, made him appear quite like a badass.