Actor Sushant Singh Rajput’s suicide has sent shockwaves across the globe because the actor was known for his portrayal of Indian cricketer Mahendra Singh Dhoni in the biopic MS Dhoni.

Reactions from not just the film industry, but also from the cricketing fraternity have been pouring in, expressing grief over the death of the 34-year-old actor. Here’s a look at all the condolences shared on twitter: 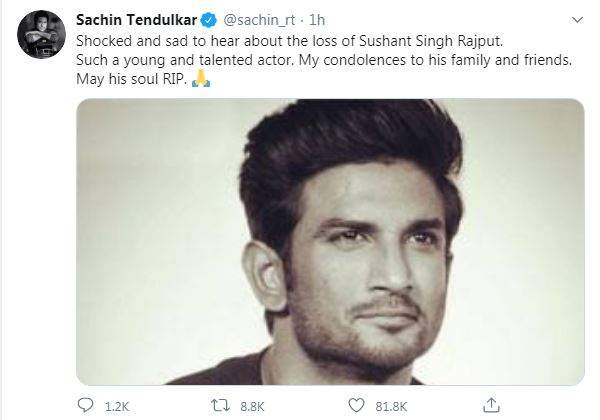 Sachin Tendulkar expressed his shock. He tweeted, “Shocked and sad to hear about the loss of Sushant Singh Rajput.  Such a young and talented actor. My condolences to his family and friends. May his soul RIP.” 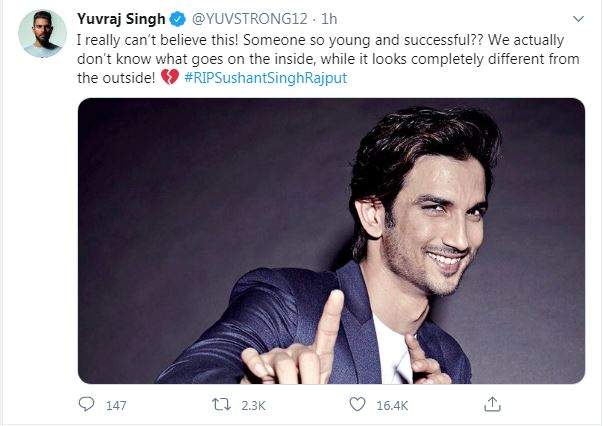 Yuvraj Singh too tweeted that he was shocked to hear the news, “I really can’t believe this! Someone so young and successful?? We actually don’t know what goes on the inside, while it looks completely different from the outside! Broken heart #RIPSushantSinghRajput”

Virat Kohli tweeted saying, “Shocked to hear about Sushant Singh Rajput. This is so difficult to process. May his soul RIP and may god give all the strength to his family and friends.” 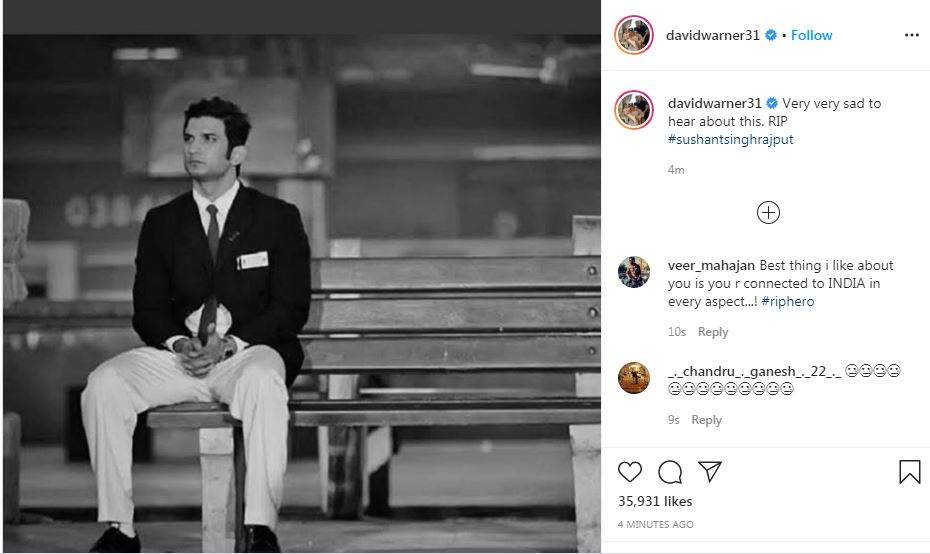 Australian cricketer, David Warner, posted an image of the actor on Instagram, and also tweeted, saying, “Very very sad to hear about this. RIP #sushantsinghrajput.” 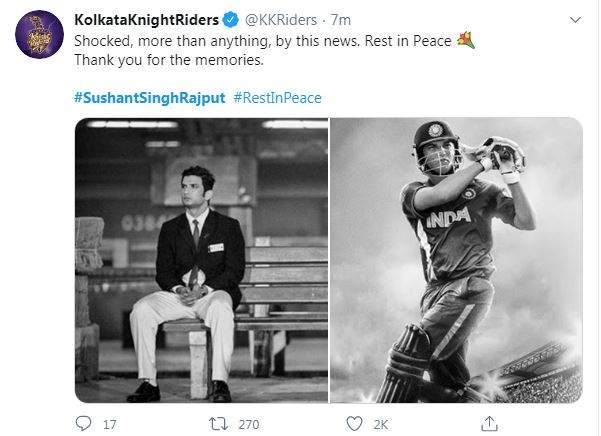 The official twitter handle of the IPL team, Kolkata Knight Riders, tweeted, “Shocked, more than anything, by this news. Rest in Peace Thank you for the memories. #SushantSinghRajput #RestInPeace” 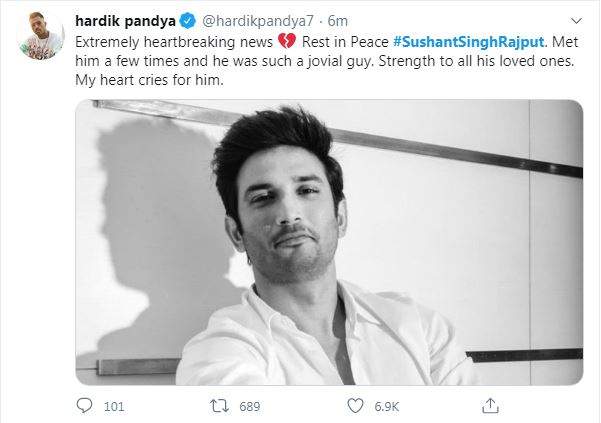 Cricketer Hardik Pandya, shared, “Extremely heartbreaking news. Rest in Peace #SushantSinghRajput. Met him a few times and he was such a jovial guy. Strength to all his loved ones. My heart cries for him.” Veteran cricketer, VVS Laxman, expressed his grief, saying, “Mental health is a very serious issue and needs more attention than it gets. Being sensitive, compassionate, gentle and consistently reaching out to those struggling is very important. My heartfelt condolences to #SushantSinghRajput ‘s  family.”
Indian bowler, Ishant Sharma, reacted on Twitter with this message, “Deeply saddened to hear the sudden demise of #SushantSinghRajput. Rest in peace! Folded hands. My condolences to his family and loved ones!”

Sushant aced the role of Dhoni, he not only mastered the cricketer’s playing style, but also trained like a professional cricketer to prepare for the film under former Indian cricketer Kiran More.