Dwayne Johnson shares a throwback pic, ready to conquer the world of wrestling at 11

Dwayne Johnson aka The Rock harboured the dream of becoming a wrestler from an early age inspired by his father Rocky Johnson, a professional wrestler. The WWF and WWE champion shared a throwback picture of his 11-year-old self where The Scorpion King actor is seen wearing his father’s wrestling gears.

Sharing the picture on his Instagram account, Dwayne says, “A lil’ throwback action to 1983, when I was 11 years old.” In the picture, Dwayne is seen wearing his father’s boots, jacket, and championship belts. And talking about them he further writes: “I used to love putting on my dad’s wrestling trunks, boots, jackets and championship belts – dreaming one day of becoming a pro wrestling champion.” 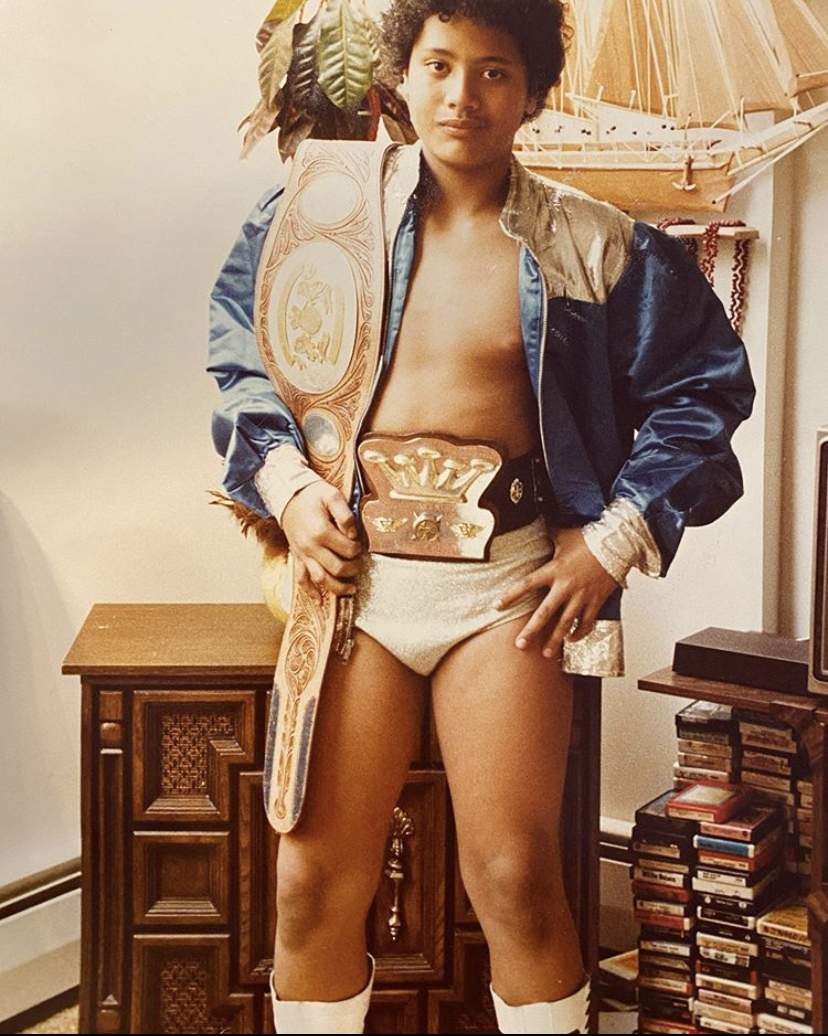 Adding a bit of humour to the post and taking a dig on his physique, that appears to be a lil’ chubby, Dwayne jokes, “Only thing I forgot to wear was my training bra!!! C’mom afro tits, you are gonna be late for school!”

Dwayne is coming up with a new TV show that will give his fans a deeper insight into the life of this enigmatic man who has made his name not just in the wrestling ring but also in Hollywood.