Kareena Kapoor Khan is being pampered by her family, particularly her mother

Actress Kareena Kapoor Khan is reportedly in her sixth month of pregnancy and she is enjoying being pampered by her family. In a recent post that she shared on her Instagram page, Kareena is enjoying a head massage given to her by her mother former actress Babita. 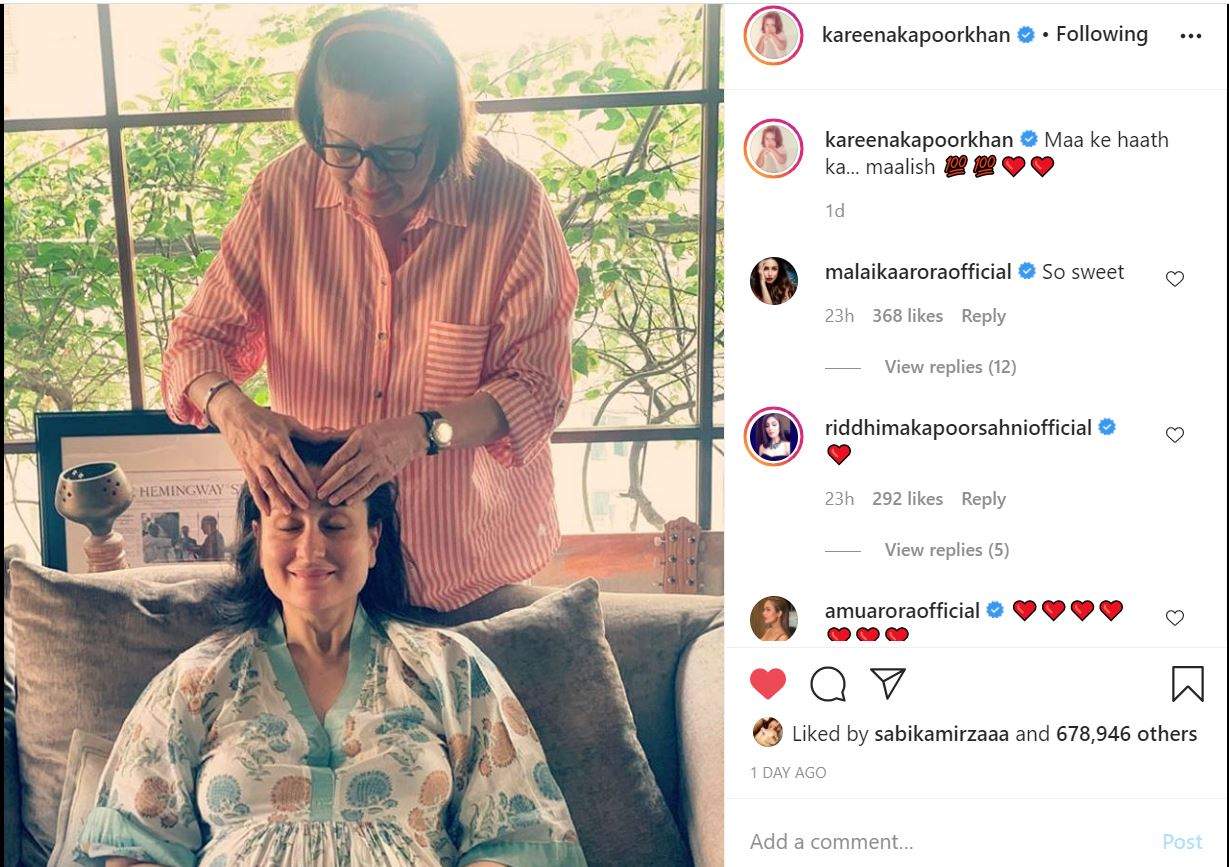 Kareena and Saif Ali Khan announced her second pregnancy in August this year. The couple issued a joint statement, saying, "We are very pleased to announce that we are expecting an addition to our family !!Thank you to all our well wishers for all their love and support." Kareena was shooting for Aamir Khan’s Laal Singh Chaddha before the lockdown, she wrapped up the shoot in early October and is now taking a break to focus on her pregnancy. But she isn't someone to slow down. The actress has been shooting for various brands and recently shot with his sister Karishma Kapoor for an ad.