Shaktimaan actor Mukesh Khanna dismisses rumours about his death, hits out at those spreading fake news

Actor Mukesh Khanna, who rose to fame with the popular children’s series Shaktimaan and the television show Mahabharat, took to Instagram on Wednesday to refute rumours about his death and condemned those who were spreading fake news.

Also read: Deepika Padukone says playing Draupadi in Mahabharata retelling is the 'role of a lifetime'

Mukesh Khanna put out a video on Instagram where he said, “I am here to inform you all that I am perfectly alright. I am very well. I am here to refute the rumours, I have been asked to refute them and that is what I want to do. I also wish to condemn those who spread such rumours. This is a problem with social media.” 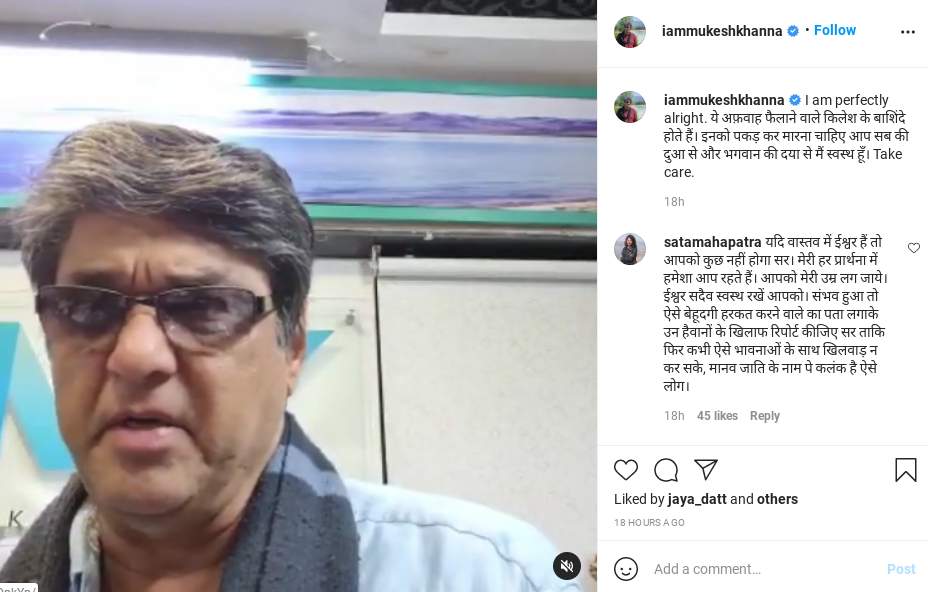 Muesh Khanna further told media sources that he was “fed up with rumour-mongers”, and that he had received multiple calls from anxious friends and relatives. He was quoted as saying, “I am fed up, literally fed up. I don’t know what to say or do to rumour-mongers who are out on such futile exercises which cause only fear, chaos and anxiety. Almost all my friends and relatives have called by now and one fan said he was relieved as he just had a terrible thing in his life when his mother passed away 20 days ago. I feel WhatsApp will close down if such news does not emanate from it.”