Arnold is back, again!

He hasn’t been to film school, neither does he have any godfathers in the industry. When Elliott Lester left England 23 years ago to come to California, he claims he had no aspirations to be a filmmaker. “I don’t think I had the confidence or the belief in my own ability back then, so I looked around the set and I looked at the people I liked. The people I liked were the assistant directors, so I became one,” says Elliott, whose latest film Aftermath stars Arnold Schwarzenegger.

After starting out as an assistant director, he went on to direct music videos, picking up years of experience along the way. Today, he has many films to his credit, including Love is the Drug (2006) and Nightingale (2014). 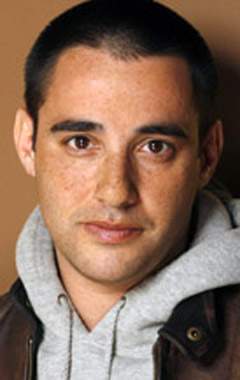 The film, based on the real life Überlingen mid-air collision, has Arnold playing Roman Malnick, a man out to avenge the death of his wife and kids in the crash. Elliott recalls meeting Arnold for the first time. “During our first meet, I said to him, ‘You’ve been all of these incredible, iconic characters, but here, you’re the actor, and I’m your director, and that’s the only way we’re going to be able to make Roman real.’ Our relationship from the very beginning was honest,” says the director, adding, “When you’re watching Arnold, at times you’re lost in Roman Malnick, and being lost in Roman takes a level of skill, whoever you are, as an actor. There’s the famous quote saying there are no second acts in Americans lives. Well, I think this is the second act in Schwarzenegger’s acting life, and I’m grateful to be a part of that journey. Of course, as a director, you want to get a great performance, and Arnold shows us that he’s capable.”