Is Vivegam a completion of the rage trilogy?

One of my friends has unshakeable confidence in his belief that film critics are an over-analysing, over-thinking bunch. Anytime he’d read a review that explains how the colour of the clothes, the angle of the shots, the paintings on the wall, or books in a shelf are a reflection of the film’s motif, he’d laugh. “Yeah, I’m sure the filmmaker really thought of all that. Don’t overthink!” It’s been a long and particularly frustrating battle to get him to see that yes, they actually do; yes, this is part of their craft. Very few things happen accidentally on the set of a film. They’re all planted there on purpose. There’s a reason that particular variety of an item has been selected and placed in that particular position, so the camera from one particular angle can capture it, while one character, wearing a carefully chosen piece of clothing, stands in a... you get the idea. This is filmmaking, and few things happen by accident.

Over the course of Vikram Vedha, the colour of Madhavan’s shirts change from white to gray, signifying his new view that morality isn’t a black or white affair. When Pushkar-Gayathri said as much in an interview, it was beautiful to see him realise that it’s not all imagined by an overzealous viewer, eager to attribute meaning where there is none. Vijay Sethupathi, in a recent conversation, when asked about people like my friend, simply said, “Andha madhiri makkala thrupthi paduthave mudiyadhu.” And yet, when filmmakers come out and analyse their films in detail after their success — and take time out to explain some of their creative choices — it does seem to spread some awareness about what they do, and encourage viewers to not simply try to understand the story through the dialogues and the events of the film, but also through all its subdued elements. 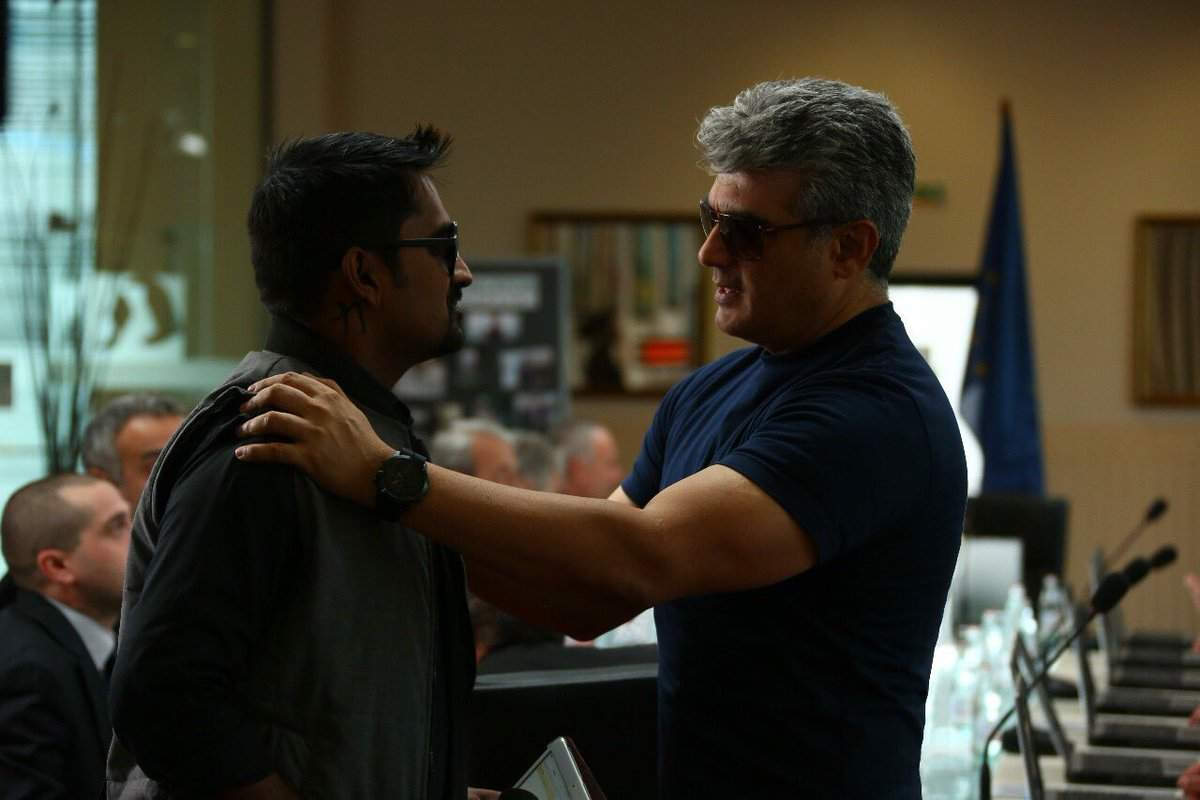 So, where am I going with all this? It so happened that I had a long discussion with ‘Siruthai’ Siva about his third film with Ajith, Vivegam, that released yesterday. In order to further ram the point into my friend’s head, I asked Siva on video what I was certain was a running theme in his three films with Ajith. No, silly. Not about the films all beginning with the letter ‘v’. I asked him about rage being the running theme of all these three films. In his first film with Ajith, Veeram, the protagonist is a man of violence. There is no problem he can’t settle with a punch. A big subplot is about how the father of his girlfriend hates violence. His second film with Ajith, Vedalam, is about a man with unquenchable thirst for violence. After a period of suppression, he emerges gloriously violent, glee evident in every wrinkle on his face, as it contorts in maniacal fury. And the trailer of Vivegam shows Ajith’s character carefully spelling each word of his sentence, “You… will… see… my… rage.”

So, I asked Siva if these three films formed the rage trilogy, and sat back in smug satisfaction, waiting for him to explain how it was the plan, how he has deep ideas over the suppression of primeval rage in modern society, how the modern man gets very little to do in which to channel his testosterone. Siva, however, threw me a look of mild amusement that said, “Can I have some of what you are smoking?” He said this wasn’t his plan at all. He broke my heart by assuring that he had no idea that such a conclusion could be drawn from his films. 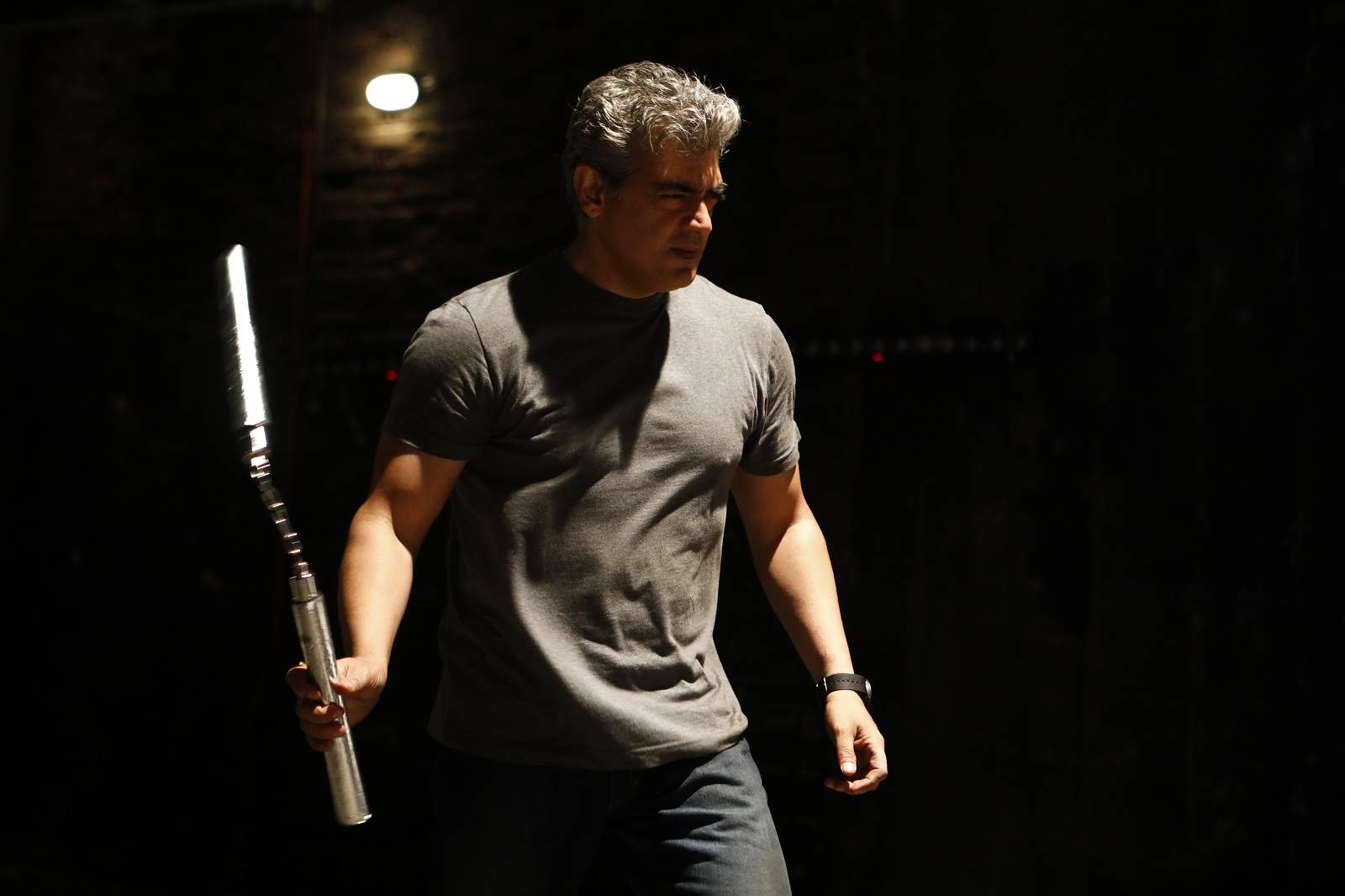 Eventually, he sort of got around to see why I concluded what I did and promised to reflect on it. Perhaps I had shown him a part of himself he didn’t even know was working in the background, as he wrote his scripts. Perhaps not. But surely, my friend, somewhere, is laughing himself to death. And I, well, I’m postponing meeting him till another filmmaker comes along to proclaim that the subliminal ideas underlying the story of his film, as envisioned by all the smart alec reviewers, very much hold true.