At 55, he could still give any of the young leading heroes a run for their money. The quintessential action hero of Bollywood from the ’90s, Suniel Shetty has managed to stay in perfect shape and is flaunting an all new look — a loose pompadour cut and beard. Despite the fact that he has been away from the limelight, the actor still manages to attract hundreds with his presence. A fact that was validated at the opening of Kashish, a fashion store in Bengaluru. Though he arrived an hour-and-a-half late for the store opening, Suniel’s fans thronged the roads leading up to the venue, just to catch a glimpse.

Wearing a fitted white T-shirt, denim cargo pants and Ray Ban wayfarers, he certainly looked much younger than his age, though the salt-and-pepper mane and beard were a give away. Unlike most of his contemporaries, it’s evident that “Anna” doesn’t really bother with quick fixes, is comfortable in his skin, and is certainly basking in the attention. “This is my second journey after a sabbatical of three-and-a-half years, people are seeing me in a new avatar, and they’re appreciative. The transformation is amazing. I believe age is a number. If you give time to yourself, you can achieve anything." 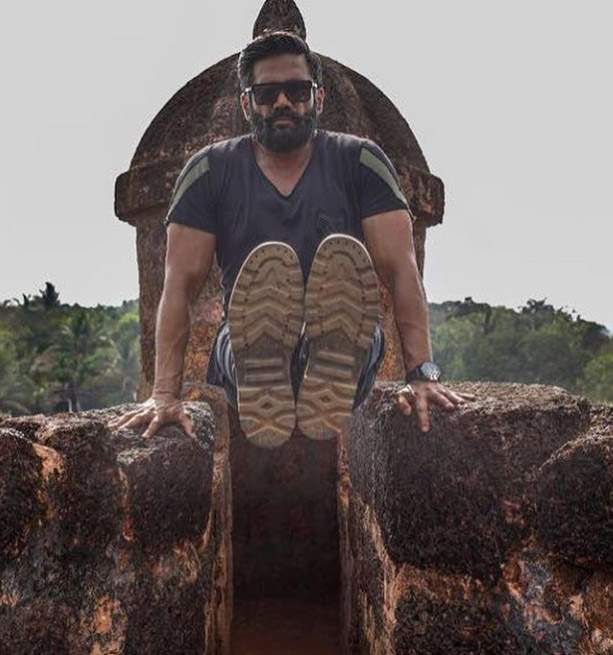 New innings
Suniel is currently seen on the reality TV show India’s Asli Champion... Hai Dum on &TV, as its host. “It has been a brilliant experience working in this show. I think whoever has seen it and as far as it has managed to reach, it has left a lasting impression on people. It’s the show of a common man (referring the participants), who has risen above and delivered. It’s about showcasing the true champion within you. Whoever watches the show will realise, ‘arrey, we all have a champion within us, it’s just a question of us focussing on our goals’. I am very happy with the way it has panned out, the way people are reacting to it.” Though reality shows are peppered with counter-factual stories, Suniel dispels these questions specifically about India’s Asli Champion. He admits it has been an extremely gruelling and demanding schedule. “It was very, very tough. Wake-up call was at 4 am and we would sleep as late as 10 pm. We shot non-stop for 30-40 days. I made sure I was prepared to stand for hours on sand. From a fitness perspective, whatever I was training in — running and a lot of leg workout — was very important, considering the rigorous shooting and standing for 14-15 hours at 45 degrees, it was tough. But seeing what the participants were going through, my work was child’s play. What the kids (participants) were doing was more important,” offers Suniel. 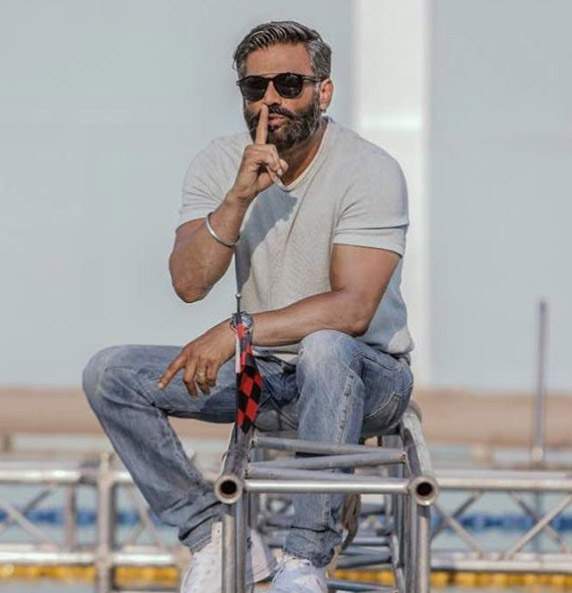 Looking back
Suniel, who was an integral part of the cult comedy, Hera Pheri, and other memorable comedies such as Chup Chup Ke, Hulchul and others, totally disagrees with new-age comic dramas. “It’s sad because people believe buffoonery, use of foul language and foul gestures is what comedy is about today.” But the actor immediately contradicts the point. As a doting father, he says, “But I am happy because my daughter is a part of it (comedy films) too. Athiya’s film Mubarakan is releasing soon, which is a 100 per cent family film. It reminds me of my film, Gopi Kishan. I am really looking forward to it.”

Now that he’s back in business, it seems like Suniel’s attention has shifted from his daughter to his career. Yet, he affirms that he will always be the cautious father with a word of advice for Athiya. “She has always been a part of me, I am always encouraging, and explaining to her the difference between right and wrong, I lead by example. I can’t preach. I do advise her on films, but she makes her own choices, and is very clear about them,” he adds.