Rihanna on Valerian and the City of a Thousand Planets

Dane DeHaan, popular as Jesse on the HBO series In Treatment, plays the lead in Valerian and the City of a Thousand Planets, alongside the Barbadian singer-songwriter Rihanna, who plays Bubble, a shapeshifting entertainer. Valérian et la Cité des mille planetes in French, the English-language French sci-fi action film was written and directed by Luc Besson, and is based on the French comics series Valérian and Laureline, written by Pierre Christin and illustrated by Jean-Claude Mézieres. The film also stars Cara Delevingne, Clive Owen, Ethan Hawke, Kris Wu, Rutger Hauer and the jazz legend Herbie Hancock in supporting roles. We sit down with Dane and Rihanna for a chat about the new movie. 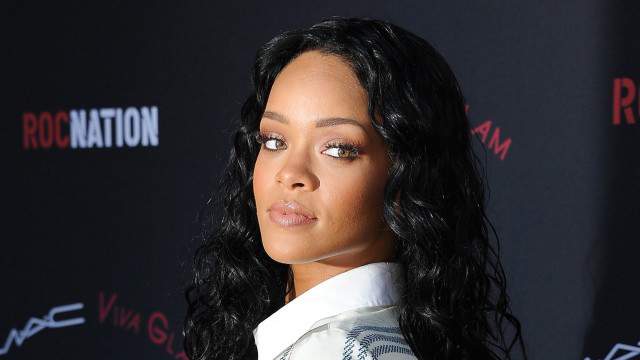 Tell us a little about your look.

Rihanna: It was so much fun for me to go from look to look. There were a lot of make-up and hairchanges. The Cleopatra look took the longest, because there was so much detail, and I had to wear waterproof make-up. But my favourite look was the nurse outfit, which was all latex and had me sweating.

And what about your character?
R: Bubble is an artist, and what makes her feel free is performing and making people happy. She’s an entertainer who is sensitive about her art, and she and Valerian build this close bond.

Tell us about Valerian. What made you gravitate to this role?
Dane William DeHaan: Valerian has a huge crush on Laureline, but he has a history of being a player. The movie’s not only about saving the universe, it’s also about Valerian’s mission to convince Laureline that they should spend the rest of their lives together. You spent seven months training for this role?
DWD: Almost every day there were stunts, and it was important that I sustained my performance with this super-positive, Valerian-likeenergy. I had to work out a lot because I definitely didn’t physically look like I could save the universe before I got cast!

How was Luc on set?
R: He’d check my make-up, tell me what he thought about each outfit, and ask me how I felt. If I didn’t like something and wanted to change it, he was open to that, because he wanted me to love Bubble and to own her. I’m new to movies, so Luc was very patient and I appreciated that. He knows exactly how to get the performance he wants out of you.
DWD: Luc’s enthusiasm on set every day was amazing. He was having the time of his life, and that rubbed off on all of us. I’ve never acted in a movie before that was such pure fun to make.

It must’ve been cool donning Valerian’s iconic spacesuit?
DWD: It’s a cool feeling. It awakens that little  kid in you that played dress-up. It makes you feel like a badass, walking around in your spacesuit and going to work. We were basically playing superheroes.

Valerian and the City of a Thousand Planets opens on July 28.