I am the hero of my films, says Taapsee Pannu

There's something disarmingly endearing about Taapsee Pannu. Unlike the resilient characters that she portrays on-screen, the Taapsee we spoke to was nonchalantly honest about her imperfections. While she is waiting with bated breath for her big release this Friday, Naam Shabana, Taapsee is also busy with multi-city promotions. Her latest publicity move, though, is the release of the Ublushed Taapsee | #HitBack video on Culture Machine's digital channel 'Blush'. The short video addresses women's safety and rights issues such as eve-teasing, molestation, domestic violence and how women need to stand up for themselves.

Like a ritual that most film actors follow, Taapsee too has released this video to coincide with her film release. But she defends her decision, "I am doing this only because people will hear me now, when the film is due for release. I am not such a big star from the industry that people will lend me a ear. Audiences will pay attention to me now, because I am acting with big names such as Akshay Kumar and previously I worked with Amitabh Bachchan (in Pink). In fact, I have done multiple videos earlier and have been quite vocal about such issues, but I am getting attention now because of the upcoming release ," explains Taapsee.

The actress who made her debut in the Telugu film industry has also been a favourite among Tamil fans, but it's taken a while for her to win the hearts of Hindi audiences. Though she made her debut with a romantic comedy Chashme Baddor in 2013, it wasn't until her cameo in Baby in 2015, and then her power-packed performance in Pink in 2016, that Taapsee finally was accepted as a promising newcomer in Bollywood. "I don't come with any filmi background. I am typical outsider in all the possible ways, I had no Godfather, I had no friends from the film fraternity, I was not dating an actor, and I was not even launched with a big super star. Just that people who worked with me, realised how much effort I put in and that's what got me more work in bigger films. Naam Shabana is validation that hard work pays. The 15-minute role in Baby gave me Shabana's role. Audience's reaction and reception pushed the makers to make a full length film on this character... I believe that no role is big or small, it's only actors who are big or small." 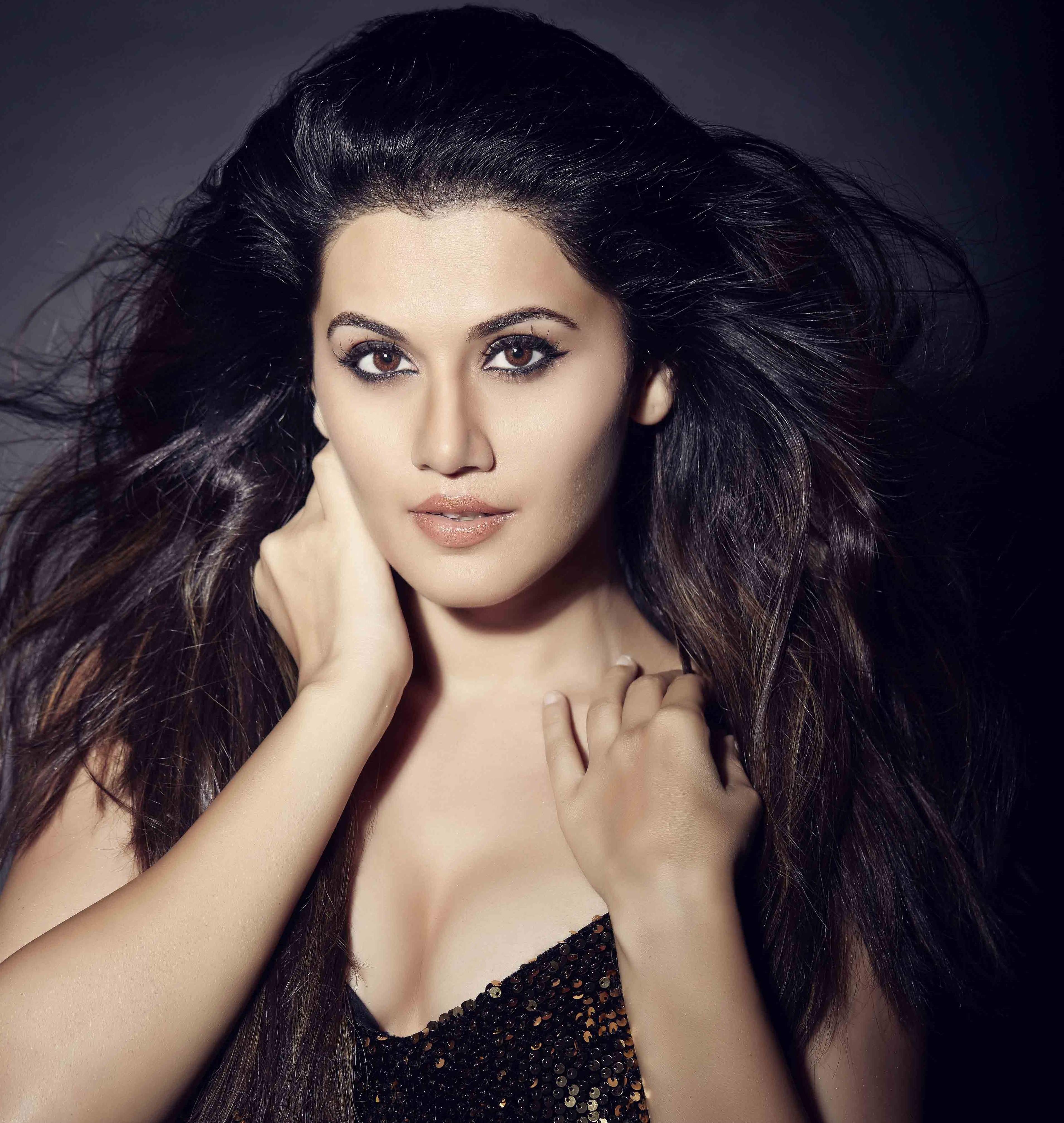 Most of Taapsee's Hindi films have been far from the usual song and dance drama. Though most of her Telugu and Tamil flicks have been commercial entertainers, the actress hasn't been cast in the "usual" Hindi potboilers. It's also interesting to note how she has been cast in roles which give her maximum screen time, on par with the hero. "Nobody gave me the heroine's role (laughs) I had to be the hero of my film because I didn't have the typical heroine roles to play. Though I started with Chashme Baddor in which I played a usual heroine, I still didn't get such roles. I don't have any qualms in admitting that there are so many beautiful girls who are already playing the typical heroine roles and are doing their job really well, perhaps a reason why I wasn't the ideal choice for such films. This also made me believe that I might not be a beautiful face and as talented as others. I had only these strong roles which are centered around women portraying a strong message," but Tapsee isn't complaining because she believes there are only two ways to make it big in the industry, "either you play roles opposite big stars as a larger than life heroine or be the hero of the film." 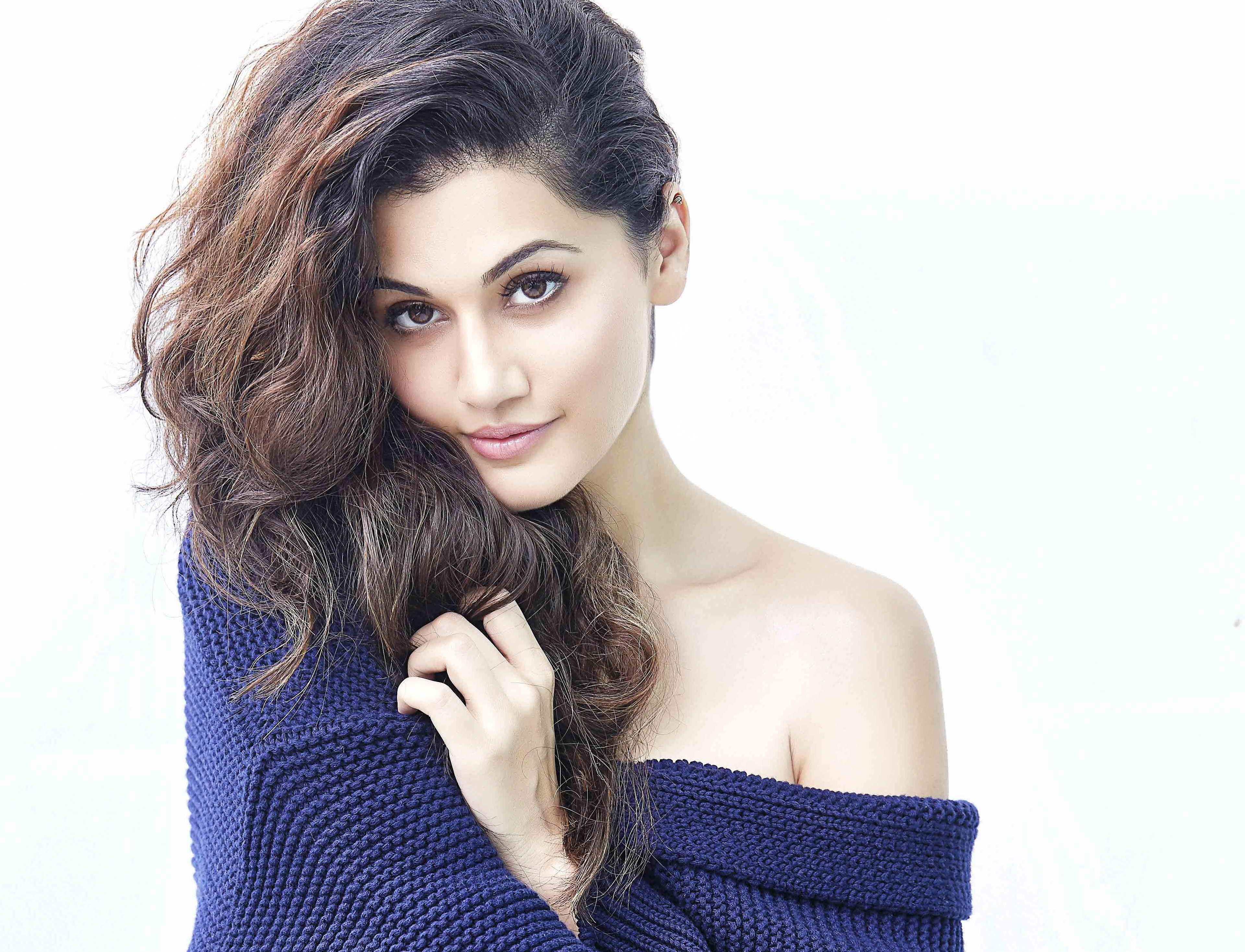 Consequentially, her upcoming film Naam Shabana too sees her in a physically demanding role, that of spy Shabana. Taapsee will be seen performing certain challenging stunts and action sequences, again, unlike the usual Bollywood heroine roles. She's trained for a year, before she was choreographed by the popular French stunt director Cyril Rafaeli who is also known for his work in Hollywood films such as Star Wars. "I was shooting for 12 hours at a stretch for every action sequence in the film. It really helped to work with Rafaeli because as a stunt director he knows what is being shot and understands what will eventually look good on-screen. It minimised the extra takes. But what sets Rafaeli apart is the fact that he made all the sequences look believable. It's a girl fighting, if I punch 10 men can't fly, even if a man punches men can't fly, so most of the sequences are technical and look very real," says Taapsee appreciating Cyril.

But before she's typecast as the 'hero' of her films, Taapsee has already started talking about her upcoming film Judwaa with Varun Dhawan. "People will see me in a glamorous and commercial avataar," she signs off confidently.