Warner Bros has released a new Justice League poster to kick off "Flash Week." The poster was released on Twitter Wednesday morning and depicts the band of heros – Wonder Woman, Batman, Aquaman, Cyborg and The Flash –  in full glory.

The marketing choice made by Warner to leave out Superman has caught some fans' attention. Some say it is a deliberate choice to bring about talk on the film and overcome bad reviews received by Batman vs. Superman and Man of Steel.

Directed by Zack Snyder, the new film details Batman (Ben Affleck) and Wonder Woman (Gal Gadot) banding together with Aquaman (Jason Momao), Cyborg (Ray Fisher) and The Flash (Ezra Miller) to protect the Earth from an intergalactic threat. The league will need to take over in the wake of Superman's "death". 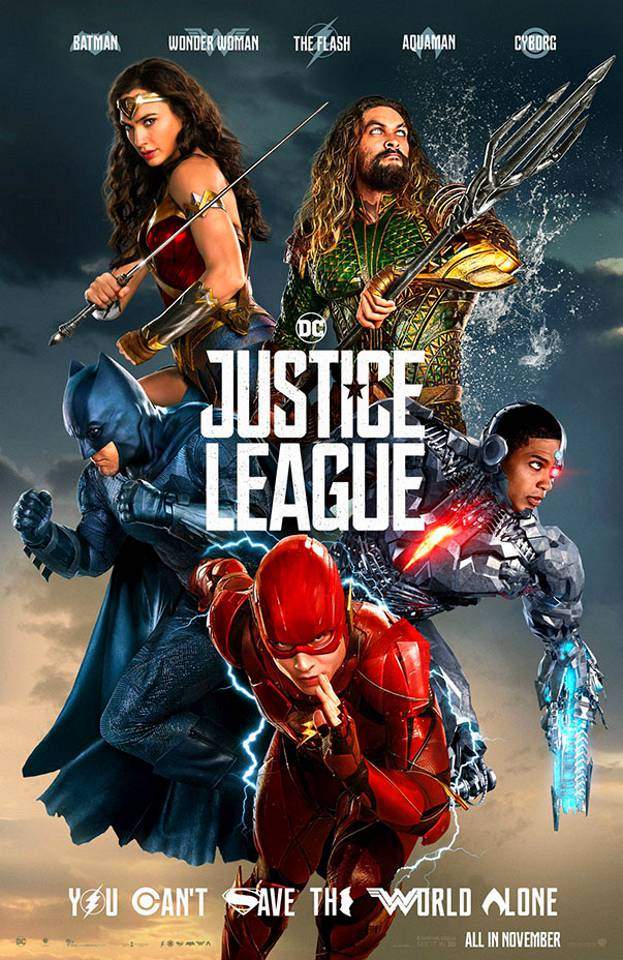