One of the most awaited biopics in Tollywood this year is the movie Mahanati, that chronicles the life of yesteryear actress, Savithri who once ruled the Telugu cinema.

Keerthy Suresh dons the role of the renowned actress in the movie that has an ensemble cast which includes Dulquer Salmaan, Vijay Devarakonda, Naga Chaitanya, Samantha Ruth Prabhu.

The chief guest being actor Jr NTR, the grand audio launch of the movie will be held on Wednesday with all of its cast in attendance. 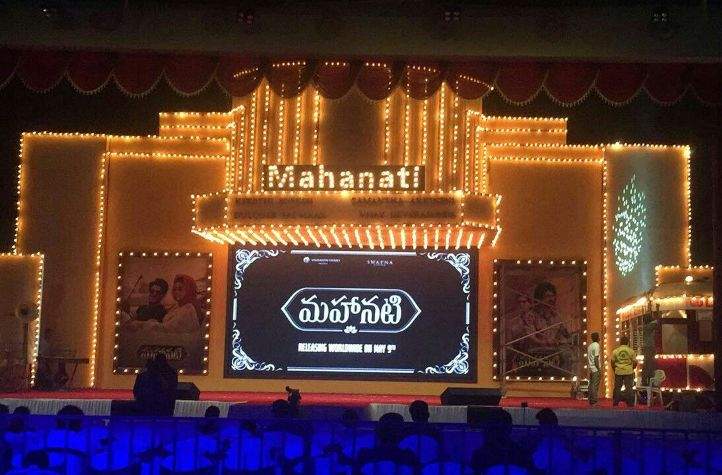 In the movie, Samantha will be playing Madhuravani, a journalist who will narrate the life of Savithri in her perspective. Dulquer Salmaan, who is making his debut in Tollywood with this film, will play Gemini Ganesan, Savithri’s husband.

Vijay Devarakonda and Naga Chaitanya will also be part of this film in crucial roles.

The movie, set to release on 9 May will also be released in Tamil as Nadigaiyar Thilagam.