It’s official now. Director duo Shiboprosad Mukherjee and Nandita Roy’s latest film, Haami, is the biggest money spinner this year so far. Besides recovering the making cost within first five days of its release, on May 11, Haami has already surpassed the earnings from their films Praktan and Posto, and seems set to overtake Belaseshe, too. When it comes to churning hits, the duo seems to have become the Sergei Bubka of Tollywood, surpassing their last success each time. Since Icche in 2011, there has been no looking back for the pair, who met in 2000 over a discussion on a film. It was never made, but the partnership clicked.

Roy and Mukherjee join Indulge for a freewheeling chat on what keeps them going. Excerpts:

Congratulations to both of you on Haami’s success. So, what’s the secret recipe for success year after year?

Nandita Roy: Nothing secret, trust me (laughs), it’s plain hard work, and being observant enough to pick up clues from real life problems.

Shiboprosad Mukherjee: Intuition works a lot. It’s not that we come across an idea and the movie is made immediately. Once Nandita read an article on danseuse Alokananda Roy’s culture therapy and work with prison inmates, but it took us three-four years before Muktodhara was made on the subject. Take Ramdhanu, for example. I got the idea when I went to a friend’s birthday party, where my friend said he was tensed because of the interview for his son’s admission to school. Immediately it triggered an animated conversation among the guests on how difficult it is to get a child admitted to school. I shared it with Nandita the next day and the idea was born. Many things happen around you that make perfect scenes fit for cinema, you just have to have an eye to identify them.

NR: Yes I agree. Belaseshe was also conceived similarly. We went to watch a play directed by Sohini Sengupta and there was a small thread, which inspired us. Same thing happened with Posto when our lawyer friend Jayanta Narayan Chatterjee fought a similar case that was highlighted in city newspapers.

SM: The lion’s share of any lawyer’s income now comes from divorce cases and real estate deals. So, Belaseshe appealed to a wide range of people. Likewise, Posto’s problem is universal, too. Research shows that half of the population in China depends upon grandparents to raise their kids.

So, Haami also was conceived from reality bites right?

NR: Absolutely. The seeds of the idea were planted while we were visiting schools to select the child who would play Posto.

SM: We heard many anecdotes of incidents and problems faced by the teachers, experiences, both funny and serious. The issue seemed all pervasive and pertinent. If you watch Haami you will realise that they are all fragmented incidents that Nandita wove into such a wonderful tale. But you won’t believe if I tell you something. (Chuckles)

SM: Nandita is like a frowning CEO of a company and whenever I tell her an idea, she immediately rejects it. A mere idea is never enough, and I have to do extensive research and show her a body of work to prove there is a story in it. The same thing happened with Haami, too. I took anecdotes and notes from countless counsellors, principals and others before submitting the idea. You won’t believe, my research documents are fatter than the actual script. In fact, recently I gave her another four-five ideas to which she again said a big NO. (Laughs)

NR: I agree, I am very finicky and drive Shibu nuts. But he is a solid researcher and leaves no stone unturned to persuade me.

How do you weave an idea into a convincing story?

NR: I think I am a pretty good storyteller, and it takes me about a month to complete the script, then Shibu takes care of the dialogues.

It was a casting coup in Haami, all the actors performed so well.

SM: We don’t compromise when it comes to casting and we don’t believe in stars, we believe in actors. Whether it was Debshankar Halder for Aleek Sukh or Sohini Sengupta for Icche or Nigel Akkara for Muktodhara, if we feel that they fit in the character, we won’t settle for anyone else.

But you had to face the producers’ ire for your choices. Many producers backed out when they heard that your debut movie had Sohini Sengupta in the lead?

SM: Yes, we have faced that time and again. Reliance backed out when we had cast Debshankar Halder in Aleek Sukh. But we didn’t budge. The audience always appreciate good actors. In case of Haami, the main casting was pre-decided since there would be Laltu-Mitali comeback after Ramdhanu. The rest we decided mutually. Mark my word, like Hollywood, in future if any one rules box office it would be the actors, not stars.

You have been riding success for the past five years. None of your movies have failed. Do you fear failure?

NR: We never anticipate audience reaction while making films. We just make it on the merit of the story.

SM: If you say that then Haami is the most dangerous and difficult subject that we have chosen so far. We have dealt with a subject that goes against the tide. Each time we take up a task that seems difficult than the previous one, and that’s the challenge to surpass oneself.

NR: I must say Shibu has the courage to take challenges and stand up against odds whether in life or work. 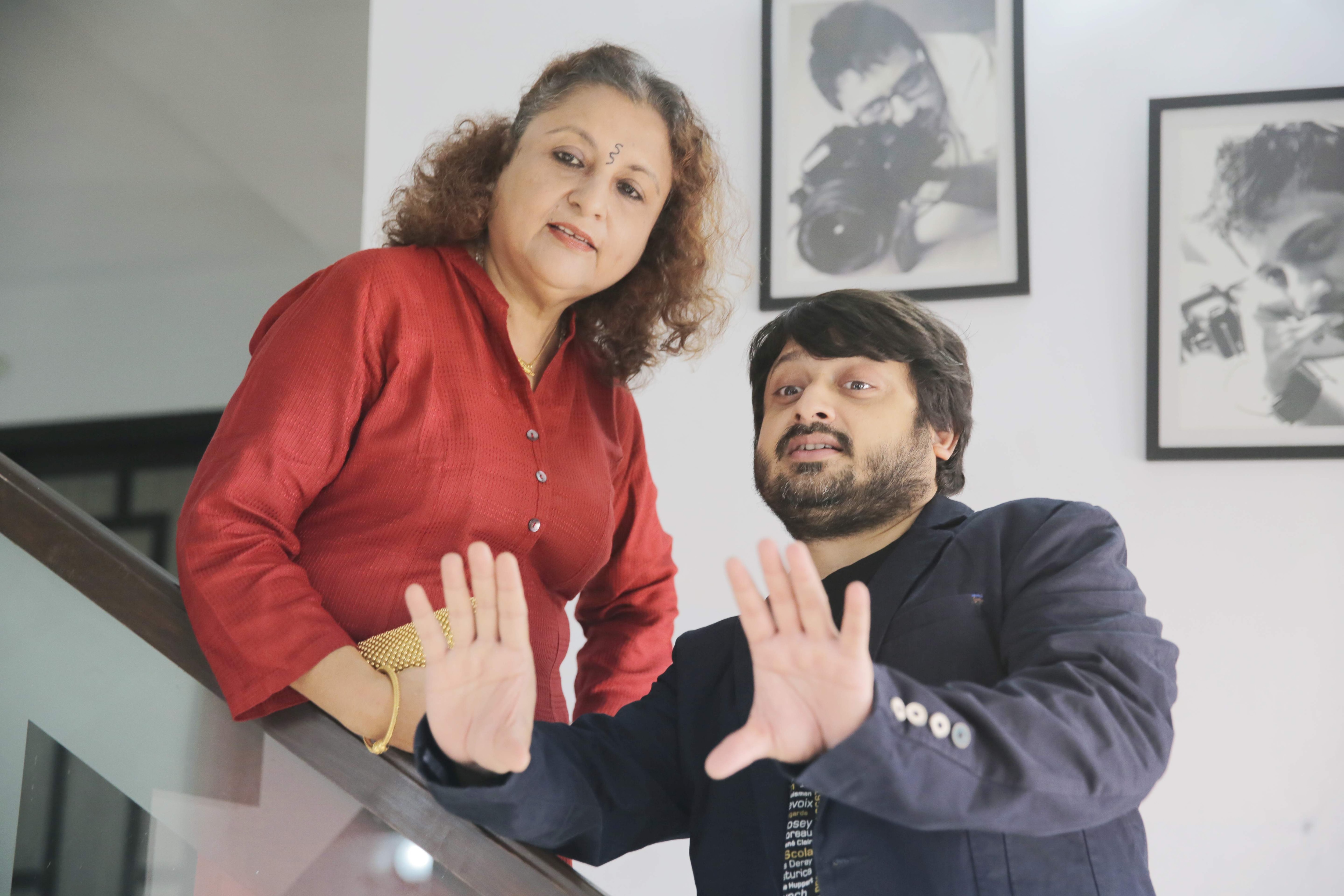 The big production houses that shunned you during your early days must be regretting. Would you ever work with them, or stick to the small producers who reposed their trust in you?

NR: We are not here to start a war. It’s a small industry and we need to work together. But it’s a matter of pride that our production house has become a viable business without any help from any quarters.

SM: I think our success has encouraged the growth of many small producers in the industry and we are proud to have set the trend.

SM: A lot depends upon the success of Pavel and Anindya’s movies since both the projects are expensive and future plans depend upon how they fare at the box office.

How have you retained your unity for nearly a decade now? What’s the secret of your partnership?

NR: It’s only trust. We have our own spheres we never encroach upon each other’s spaces. He conceives and idea, I write the script and he writes the dialogue. The roles are well defined.

SM: If Nandita gets angry I keep quiet and don’t go near her till things cool off.

Is Shiboprosad as cute and funny as Laltu Biswas of Haami?

NR: Not at all, in fact, quite the opposite. He is absolutely not funny, in fact, very craggy and serious and never smiles. Ask our office staff.

And what about Nandita?

SM: She is exactly what she looks like. She skilfully creates a wall around her so that it’s difficult to approach her.

NR: We have trusted each other for years now, and that’s important.