Robots reunite: Our pick of fan favourite films featuring, you guessed it, robots!

Movies have been obsessed with depicting robots since the very inception of this technology. Robots have been introduced in movies as sidekicks, assistants, rouges, and what not. We have watched them over the years through movies, within twisted plots and wondered what would the world look like if these robots were for real. That’s again the beauty of a movie, it makes you think.

The robots portrayed in the movies have been instrumental to the plot, hilarious at times, dark at few instances, and sometimes menacing too. But, it’s again the remarkable portrayal that makes them memorable. Here are some noteworthy robots from Hollywood’s past who must be revisited. From the present, there is the Battle Drone movie which is a must watch for all Robot lovers. 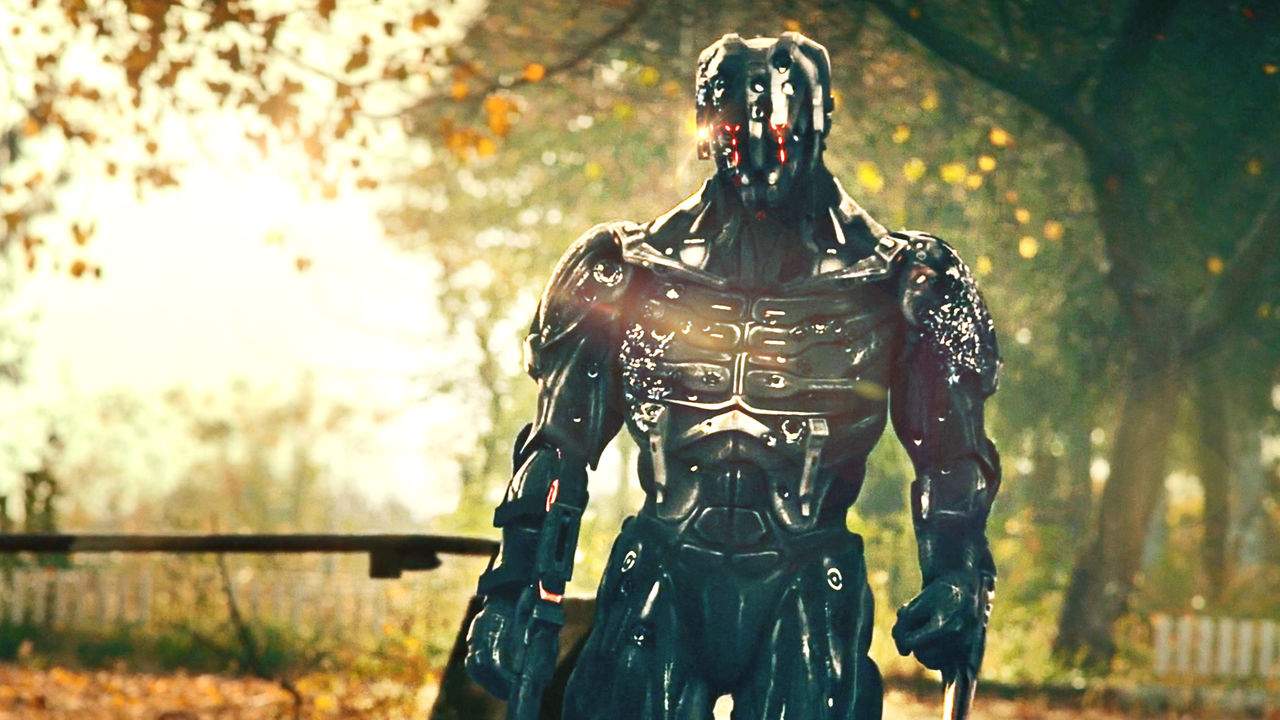 Battle Drone revolves around a mercenary team and a few CIA operatives dropped into Chernobyl only to find themselves hunted by ‘Drones’. The group soon realizes that they have been set up by the government, who is actually using them to showcase the skills of this high-tech weapon in a live demonstration for potential buyers. Now, they must use all their skills and work together, to fight their way out and back to safety. It’s a fight for survival as the drones of the title stalk the soldiers of fortune, who must resort to guerrilla tactics and teamwork to defeat the robotic enemy force. 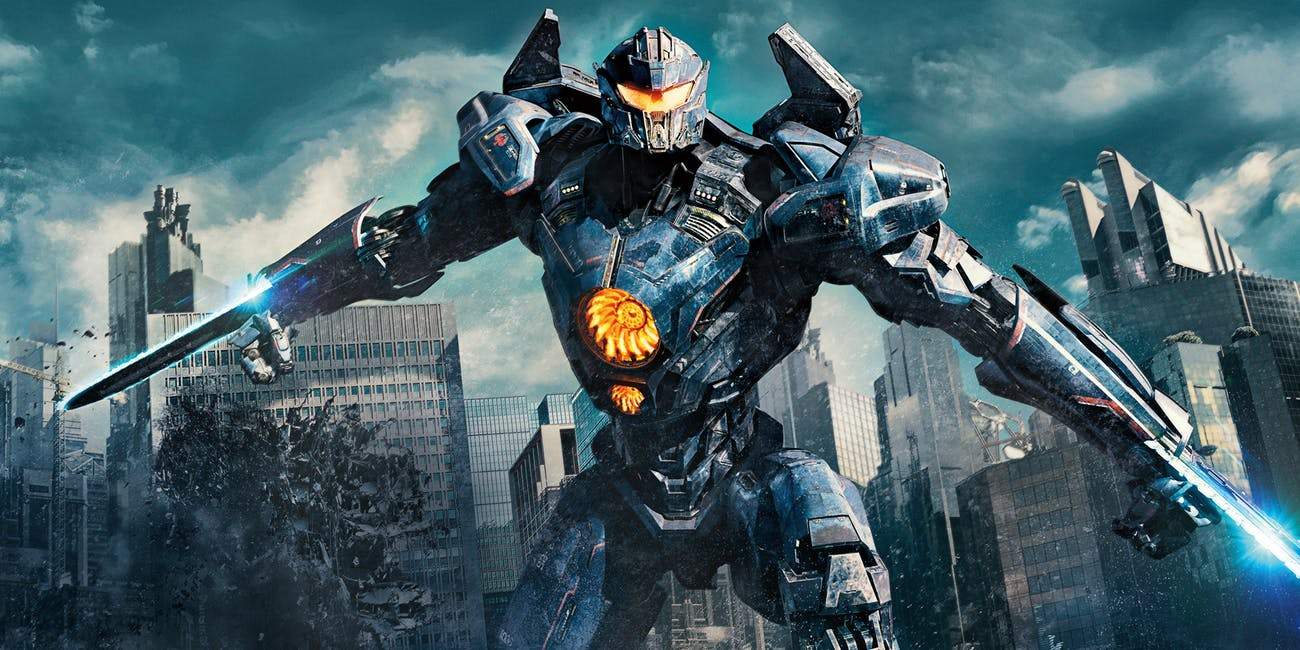 The story revolves around giant monsters (the Kaiju) arriving from another dimension, emerging through a cavity in the ocean floor along the Pacific Rim. After much destruction, the humans figure out a way to fight them with human handled giant robots (called Jaegers) who stand as mankind’s last hope against the mounting apocalypse. Although Monster Kaiju comes under the Cool-looking Giant Robots of today’s era but against his destruction powers, everyone is nearly defenceless. 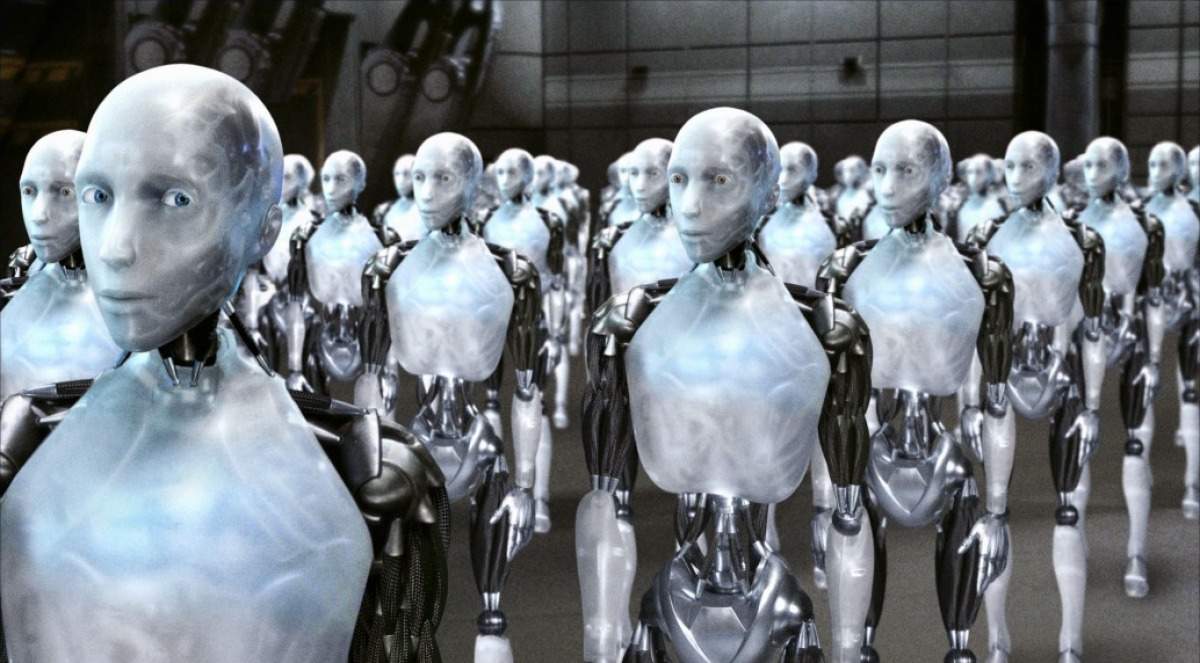 Hollywood took a classic collection of sci-fi literature and turned it into an action-packed bullet time fest. It's the year 2035 and highly intelligent robots fill public service positions throughout the world, operating under three rules to keep humans safe. One day, the writer of the three laws, Alfred Lanning, apparently jumps out of a window at U.S. Robotics. The majority of the Chicago Police Department believes that he committed suicide, but Detective Del Spooner, who has a dark history with robots, thinks he was murdered, and the suspect is a human-like robot who calls himself Sonny. However, if it was Sonny, then it means he would've had to have broken the three laws. With the help of a robot expert, Spooner discovers a conspiracy that may enslave humans.

Chappie, one of the police robots, is stolen by criminals who treat it like their own child. Every child comes into the world full of promise, and none more so than Chappie: he is gifted, special, a prodigy. Like any child, Chappie will come under the influence of his surroundings – some good, some bad – and he will rely on his heart and soul to find his way in the world and become his own man. But there's one thing that makes Chappie different from anyone else: he is a robot. The first robot with the ability to think and feel for himself. His life, his story, will change the way the world looks at robots and humans forever. In the near future when people become uninterested in boxing and similar sports, a new sport is created - Robot boxing, where robots battle each other while being controlled by someone. Charlie is a former boxer who is trying to make it in the sport. After losing his first fight, he gets disheartened, adding the sadness his ex-girlfriend passes away leaving him no option other than being the guardian of their 11-year-old son Max. Charlie loses all his earned fame in the bot-fight industry but one day he and his son find Atom. Atom was an old outdated bot who is revived by Charlie and Max together while training Atom for boxing moves it is seen that there is an unconditional bond formed between the three and at the end, Atom Defeats the best Bot in the Ultimate Bot Fighting Tournament worldwide.

Catch these movies and more on Sony Pix.