The focus of the meeting was to encourage filmmakers to create films and television shows that popularise Mahatma Gandhi and Gandhism, to mark the 150th birth anniversary of the Father of the Nation. 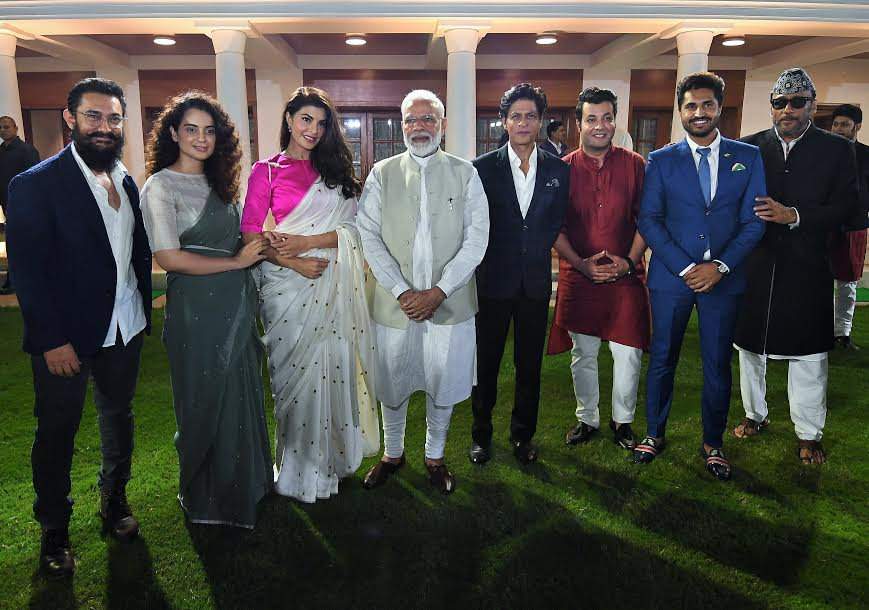 "Gandhi is synonymous with simplicity. His thoughts reverberate far and wide. The power of creativity is immense, and it is essential to harness this spirit of creativity for our nation. Several people from the world of films and television have been doing great work when it comes to popularising the ideals of Mahatma Gandhi," noted Prime Minister Modi.

"Thank you PM Narendra Modi for hosting us and having such an open discussion on #ChangeWithin and the role artistes can play in spreading awareness of the messages of The Mahatma. Also, the idea of a University of Cinema is extremely opportune!," tweeted Shah Rukh Khan.

Thank u @narendramodi for hosting us & having such an open discussion on #ChangeWithin & the role artistes can play in spreading awareness of the msgs of The Mahatma. Also the idea of a University of Cinema is extremely opportune! pic.twitter.com/kWRbNk3xzo After the session with the PM, producer Ekta Kapoor said she felt that "for the first time it seemed like there is someone who knows our industry better than us".

Through popular culture, the message of empowering women has travelled far and wide. May this trend continue.

May our Nari Shakti keep shining in the world of films and culture. https://t.co/VaaU8jKlql

Filmmaker Imtiaz Ali noted the tone of informality about the session helped. "The best thing about the session was that it was very informal. The film industry understands the informal language the best. The idea to make films on Gandhiji will help reintroduce ourselves to Gandhiji's philosophy," he noted.

With inputs from IANS