Fans claim that the highest-grossing film of all time, Avengers: Endgame, is riddled with errors

Fans of the Marvel comics franchise have spotted several goof-ups. These proclamations were made online after viewing Avengers: Endgame on DVD/Blu-ray. For those who cannot be bothered to whip out their looking glass and take a closer look at the physical copy—the highest-grossing film of all time is now also available on a few platforms in India - Google Play, iTunes, and YouTube.

Going up?
You would think no one spots the minute details. But, hawk-eyed geeks do. Remember the scene where Hulk kicks up a fuss about being told to take the stairs. Check out the elevator. 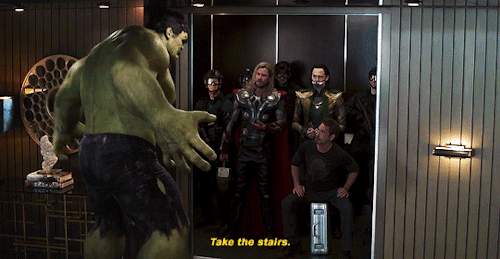 **
The Prestige
Ant-Man is supposedly seen in two places at once during this film. Here’s how fans spotted that mistake: In the final battle showdown. This occurs right around the time when Paul Rudd (Ant-Man) and Evangeline Lilly (The Wasp) attempt to fix the Quantum Tunnel which they’d set up in their van—in the midst of the battle with Thanos’ army.

But fans claim that the film immediately shows Ant-Man, in his Giant form, fighting off the Titan’s minions. Hence, they allege that he's seen in two places at once.

This one involves Ant-Man and the Hulk. It appears early on the movie where the landing of the ship Benatar—which belongs to the Guardians of the Galaxy—surprises Paul Rudd’s character and he drops his lunch. Then the Hulk comes along and hands him two tacos. However, the next shot is said to reveal that Bruce was holding only one taco.

This one comes from the users at a MovieMistakes forum: "New Asgard is in Tonsberg, Norway, but was filmed in Scotland. The truck Hulk and Rocket use to get there has a UK licence plate (SW61 5PN), whereas Norwegian plates use two letters followed by 4 or 5 numbers. Plus the pizza boxes in Thor's house have a phone number in UK format (01632 960776) not Norwegian. In fact, the 01632 area code is specifically designated for fictional use in the UK. Norwegian telephone numbers use fewer digits."


Despite all of these alleged claims, the superhero film is still raking in the box office moolah!