From Akshay to Farah Khan and Kangana Ranaut, Bollywood mourns the demise of Saroj Khan

The demise of choreographer Saroj Khan aka 'guruji' to the Bollywood fraternity, filled hearts with sorrow. Khan who was 71 and who passed away on Thursday of cardiac arrest has been behind the success story of many in the industry. From choreographers Remo D’Souza and Farah Khan to actors Kangana Ranaut, Genelia Deshmukh and many others took to social media to pay their respect.

Remo D’Souza posted three pictures of him hugging the doyen on Instagram and captioned it as, “You were an institution, the biggest loss to the dance fraternity. Was fortunate enough to dance with you, under you, choreograph with you, under you. Will never forget the love and passion with which you would choreograph each song.

Farah Khan tweeted, “You were an inspiration to many, me included. Thank you for the songs.”

Among the actors, while Bhumi Pednekar and Jacqueline Fernandez posted a picture on Instagram with short messages, Sunny Leone expressed with a picture. She wrote, “My very brief encounter by a beautiful patience guru who was trying to teach some basics of Indian folk dancing. Even though our encounter was short I always go back to these videos to learn from her over and over.”

Kangana Ranaut wrote, “A rare artiste and an exceptional guru, Sarojji has played a crucial role in many superstars journey, giving memorable choreographies in Jugni in TMW, Ghani Bawri in TWMR and very recent lullaby Taktaki from Manikarnika.” 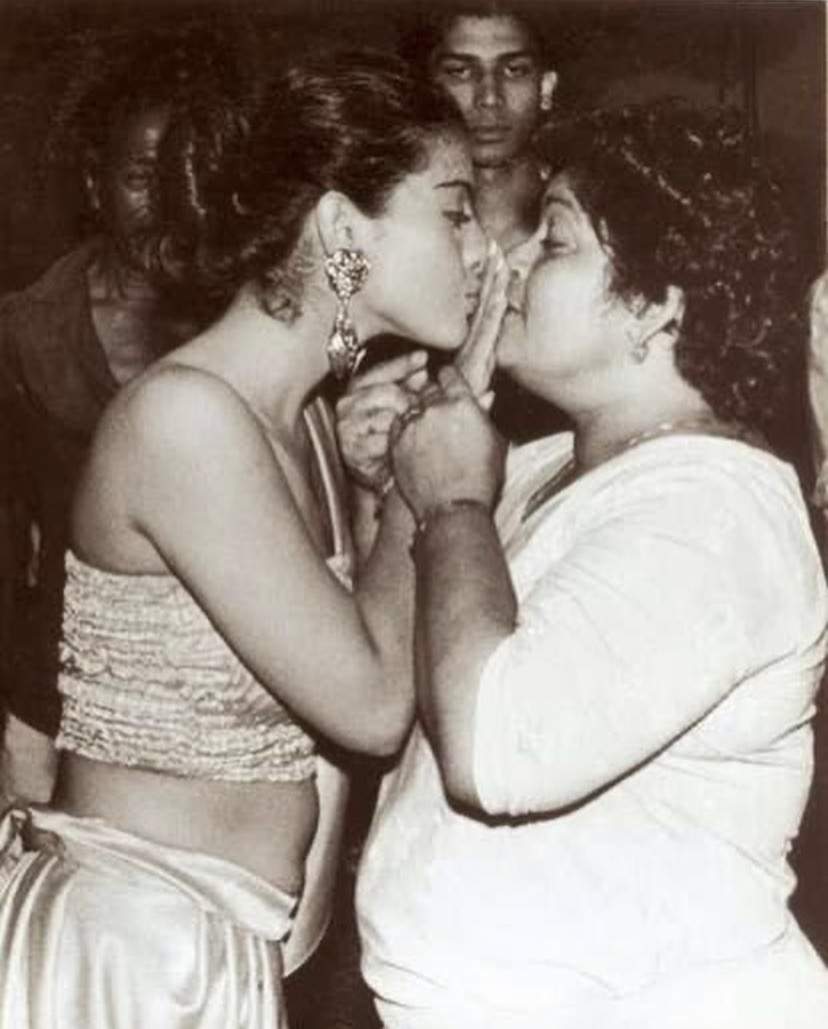 Kajol posted an old and sweet picture of her with Saroj Khan and calling her the coolest choreographer she wrote, "RIP to the most coolest choreographer ever! She taught me so much that I always used everywhere in so many other ways. When she danced it was like watching a whole book! Everything that she wanted to say was there so clearly in her face and in her body language. even later when she grew older whenever we met I could see that mischief and affection and sheer love for her work." 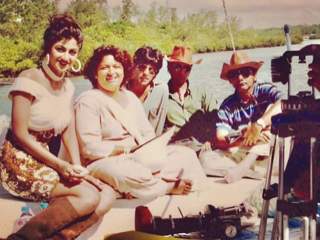 Shipa Shetty shared a group picture with Akshay Kumar and others in the frame and recalled her tryst with Khan on the sets of Baaigar. She writes, "A LEGEND has left us Can’t forget the moment I first met you when you came to choreograph ‘Kitaabe’ ( Baazigar) and I burst out crying (I was a huge fan of your work) I couldn’t believe you were actually standing in front of me. Then came ‘Churake dil’, which was a milestone in my career... and many more. You set the benchmark so high, taught me ‘how’ to express... a technician par excellence... No one shot women like you, you were the best!
Will miss you."

Archana Puran Singh also had a message for her Master Ji. On her Instagram account, she wrote: "She was so many things to so many people. To me she was the perfect dream dancer. She taught me the Charleston for Filmfare. When I couldn't get it right she changed it to 'half' Charleston. She judged me in Nach Baliye, scolded me but never discouraged me. Understood how challenging I was in dancing and so incorporated my own (lack of) style to the impeccable dance moves she set for me." Dia Mirza in her post on Instagram said that there will never be another Saroj Khan. And we all agree to every word.

Tisca Chopra recalls getting choreographed by her in the Amir Khan starrer film Taare Zameen Par. The actor says, "I had the good fortune of getting choreographed by her in Taare Zameen Par in the iconic #JameRaho .. She hugged me tightly after a shot and said, "Teri ankhein bolti hai... chal jaldi se ek dance wali film kar aur mujhe bula." I will wait to hear one, two, three, four from you again my dearest 'Masterji'. She concluded the message with 'The heavens must eb dancing to your tunes now.'

Akshay Kumar also took to Twitter and wrote, “She made dance look easy, almost like anyone can dance, a huge loss for the industry. I thank God I got a chance to be choreographed by you...”

The news left actor Sanjay Dutt disheartened and he wrote on Instagram, "The news has left me heartbroken. Saroj ji was not just a legend but also a humble person. We shared a beautiful relationship and worked in many films together. her contribution to the industry is irreplaceable as there is no one who could dance like her." 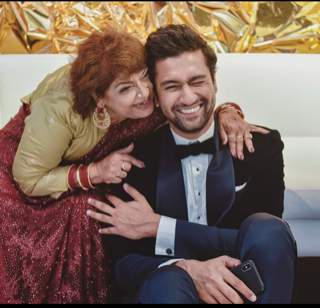 Vicky Kaushal also shared a picture of him with the dancing queen.

Singer Shreya Ghosal posted how she would step up an extra notch when she would hear that Saroj ji was choreographing her songs. "You brought nuances, grace, expressions on the screen with your heroines. End of an era."

Oscar-winning singer and music composer AR Rahman tweeted, "You were like the fireworks in all our celebrations. Thank you for all the joy you brought us through your work,"

While filmmakers Madhur Bhandarkar and Taran Adarsh called her a trendsetter, Shekhar Kapur credited her for defining a generation of heroines. He wrote on Twitter, "Certainly #MrIndia would not have been the same film without SarojKhan. You had to see her dance as she rehearsed with Sri Devi. She was mesmerizing. And what energy! You could shoot all night, yet she smiled and danced constantly fresh" 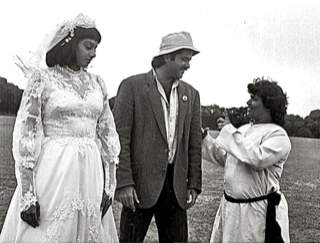 Boney Kapoor shared a black and white clip from the film Mr India and tweeted: "And the inspiration for all actors and choreographers. She would put great emphasis n expressions than just movements. Cherish the work we did together for the songs of my film."

TV star Rashmi Desai posted  cartoon on twitter and called her 'Mother of choreography in India'. Sidharth Shukla expressed on twitter how Saroj Khan was one of the reasons dance became an integral part of every household.

In Tollywood, Rituparna Sengupta shared a three-minute video pointing out how the choreography took dance to a pedestal that was marked by class and how her craft reached the masses. She also recalled the event when she danced on the song Dola Re from the film Devdas, and Saroj Khan judged her. Prosenjit Sen tweeted as well.