Presented by Mandiraa Entertainment and Vivek Anand Oberoi’s Oberoi Mega Entertainment in association with Prerna V Arora, the film is a part of a horror-thriller franchise.

The first part titled Saffron Chapter is based on Saffron BPO, which is considered as one of the most haunted places in Gurugram. The story revolves around a girl named Rosie who was an employee at this BPO.

“I consider myself extremely fortunate to be debuting with a story like this. A story that has such nuance to it, a story that’s so intricate, so riveting. To be considered fitting enough to be representing Rosie and her story is truly an honour,” says Palak Tiwari. 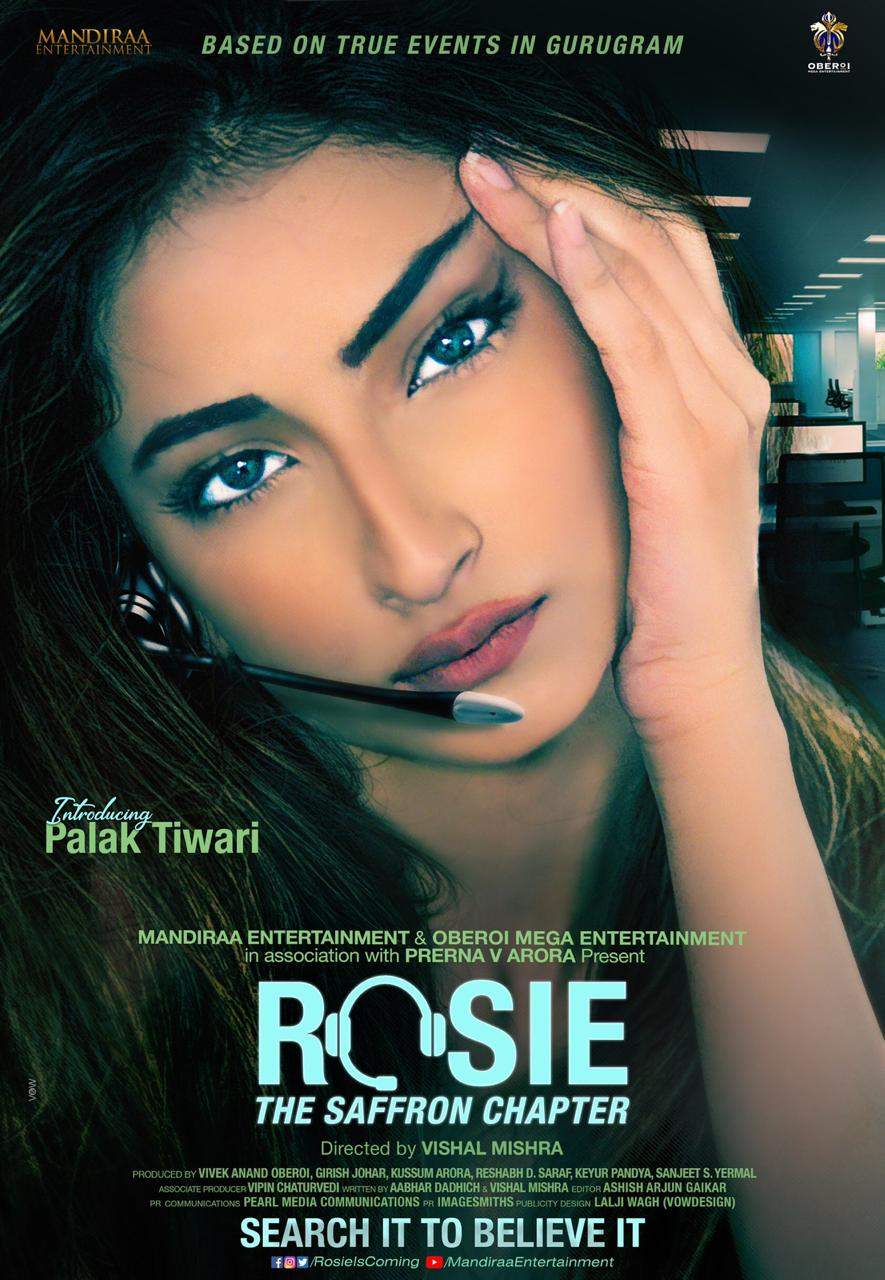 Talking about the casting, Prerna V Arora said, “I was very particular about the casting of Rosie. Since it’s a story based on true events, I wanted to cast someone fresh in the titular role with a relatable vibe. We had to go through numerous auditions before we found a perfect Rosie in Palak.”

Commenting on the film, its director Vishal Mishra said, “This film is my personal favourite because it promises to fill the gap that exists in the horror-thriller genre in Bollywood and doesn’t fall prey to any clichés. The casting of the main protagonist was very crucial because it’s based on true events and the audience needs to resonate with the face. I’m glad that Palak fills those shoes more than perfectly.”

The makers also launched a nation-wide hunt yesterday to pave way for new talent. The chosen winner will star in a prominent role in the film alongside Palak. The film is expected to go on floors by the end of this year and release early next year.