"People would call me only if they had a role of a Chinese character," reveals Axone actress Lin Laishram

Axone (pronounced Akhuni), a recent release on Netflix has caught the attention of audiences for various reasons. While it brings the subject of racism to mainstream cinema, the film features actors from the North East playing themselves, which is perhaps a first. The narrative weaves the stories of the characters seamlessly, while also highlighting the nuances of their culture. However, though Axone is worth watching, it continues to receive mixed reactions. But for actress Lin Laishram, who plays one of the key characters, Chanbi, this is an important film.

Time to bond
When director Nicholas Kharkongor, wrote the film three years ago, Lin says she was among the first few to read it. She was thrilled with the script and keen to be part of it. “People from the North East don’t get to play substantial characters in films. So I got very excited with Axone, and told Nicholas that I wanted to be part of this beautiful story. Not many people write about us. This film speaks a lot about our people who come to metropolitan cities seeking opportunities. It shows how we strive to earn a living and send money back home. The script wasn’t just about racism, it also looked at love, friendship and life. It breaks a lot of stereotypes but not in a dramatic manner,” explains the actress. The non-preachy tone and the bursts of subtle comedy add to the layered narrative. Among the lead actors is Sayani Gupta who has impressed audiences with her roles in Margarita With A Straw, Article 15 and Four More Shots Please. About her co-star, Lin says, “I know Sayani for a long time, and I admire her for all that she is. This film has helped us build a strong friendship. We started at the same time in the industry, but Sayani has done a lot more films. She has amazing social skills and you can’t help but like her,” enthuses the actress. 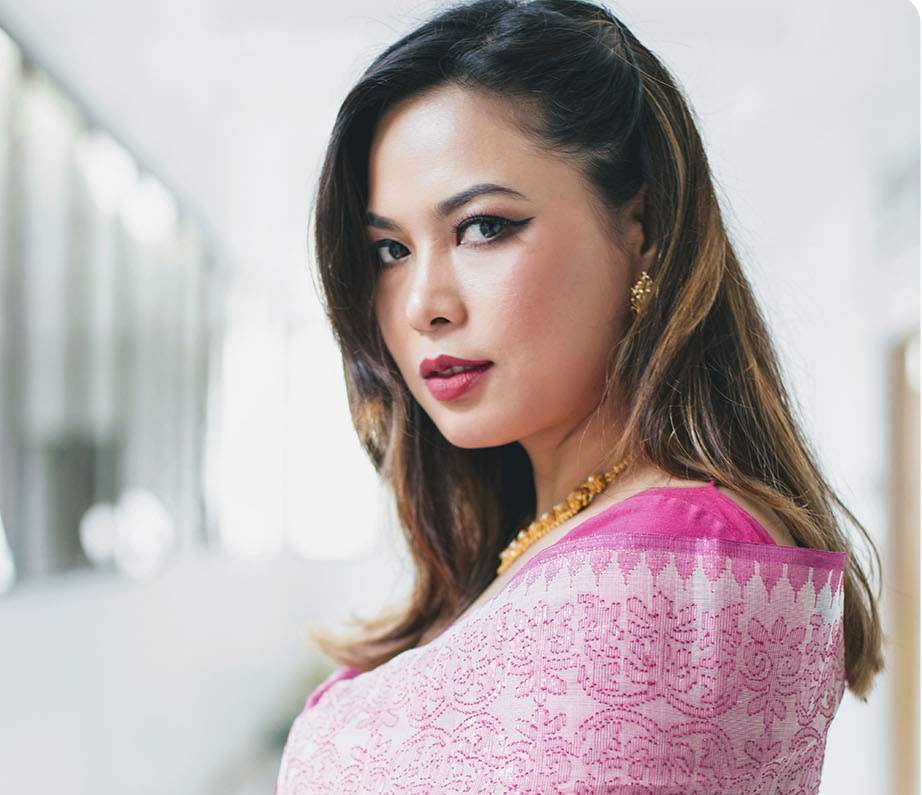 Reclaiming identity
Lin who has acted in films such as Om Shanti Om, Mary Kom, Umrika and Rangoon, admits it has been a challenging journey so far. She says discrimination and racism are real even in the professional setting. “What Martin Luther King Jr fought against still exists everywhere in the world, not just in India. But what is more heartbreaking for us, the people of the North East, is that we are living in our own country, yet we are made to feel like outsiders. We are Indians, we love cricket, Bollywood, football and Hindi music just as much as other citizens, but we are made to feel different. This is why we withdraw from society. Now is the time to voice our concerns. I think people are open to learning, and more stories like Axone are getting picked up by producers of OTT platforms, and we are fortunate to see this change happening in our lifetime,” she says.

Learning curve
However, Lin recollects that it wasn’t the same when she forayed into the fashion industry. The actor, who had also participated in the Kingfisher Calendar Girl show, recalls that she was welcomed with open arms. “Working in the fashion industry was much easier but then I stepped into the shocking world of Bollywood. People would call me only if they had a role of a Chinese character. It was a huge contrast compared to the modelling industry. But then you learn with time and move on. I am always looking out for substantial work. It hasn’t been easy at all,” she admits.

Although Axone has put her in the limelight, Lin is still looking for more work. “Survival is on my agenda right now. I read a few scripts but there’s nothing concrete at the moment. Hopefully, I will get something soon,” she signs off.

QUICK TAKES
What are the three essentials in your bag always?
Sunscreen, lip balm and blush.

Your secret beauty hack?
I use blush in many different ways. It just makes me look fresh.

What’s that one feature of your face that you like to highlight?
I like to accentuate my eyes. I spend a lot of time on eye make-up.

Who is your favourite designer?
I love Sabyasachi Mukherjee. I love his aesthetic, the colours and cuts he uses to create his clothes.

What do you want people to take away from Axone?
Understand a little bit of our culture and say no to discrimination. We must put an end to racism and learn to co-exist peacefully.