The demise of Rishi Kapoor was a shock for many, including actress Alia Bhatt who is very close to the Kapoor family and acted as a pillar of strength in these tough times. While the day saw her standing beside the Kapoor family throughout, from attending the funeral rites of Rishi Kapoor to consoling his wife Neetu Kapoor, the late evening saw her pouring her heart out on social media.

Describing him as a fellow Chinese food lover who brought a lot of love and goodness in her life, Alia wrote, "What can I say about this beautiful man who brought soo much love and goodness into my life. Today, everyone speaks of the legend that is Rishi Kapoor and though I've known him like that all my life... for the past two years I've known him as a friend, a fellow Chinese food lover, a total cinema lover, a fighter, a leader, a beautiful storyteller, an extremely passionate tweeter and a father!"

The note further reads, "In these past two years the love I have received from him is like a warm hug that I will always cherish! I thank the universe for giving me this opportunity to know him... today probably most of us can say he is like family - because that's how he made you feel! Love you, Rishi Uncle! Will miss you forever! Thank you for being you."

Alongside the post, Alia also shared two pictures, one of Rishi Kapoor and his wife Neetu when they were young and another of little Ranbir in the arms of Rishi Kapoor. She captioned the latter with "Beautiful boys." Ranbir's mother reacted to it with red heart emojis. 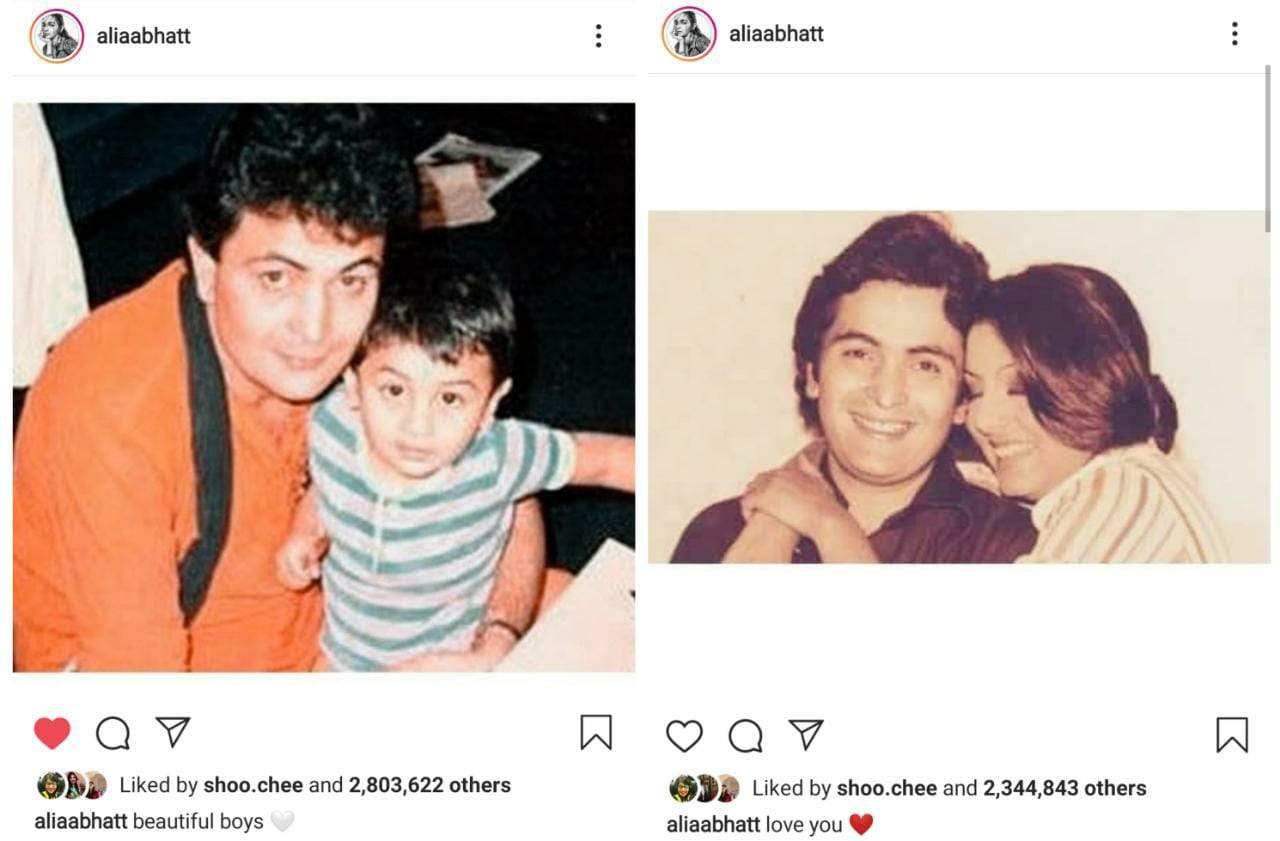 Alia has also worked with Rishi Kapoor in Student Of The Year and Kapoor & Sons.

From Bobby to Karz, Agneepath and Mulk, top 10 movies of Rishi Kapoor

Karan Johar pens a heartfelt note for Rishi Kapoor, writes 'an irreplaceable void has crept into my existence'

Rishi Kapoor's family: 'He would like to be remembered with a smile and not with tears'