The cricketer posted first images from his wedding with the caption, "Love, if it finds you worthy, directs your course." Steered by love, we have begun a new journey together. Today is one of the happiest days of our lives and we feel blessed to be able to share the news of our wedding and our joy with you. Jasprit & Sanjana (sic)." 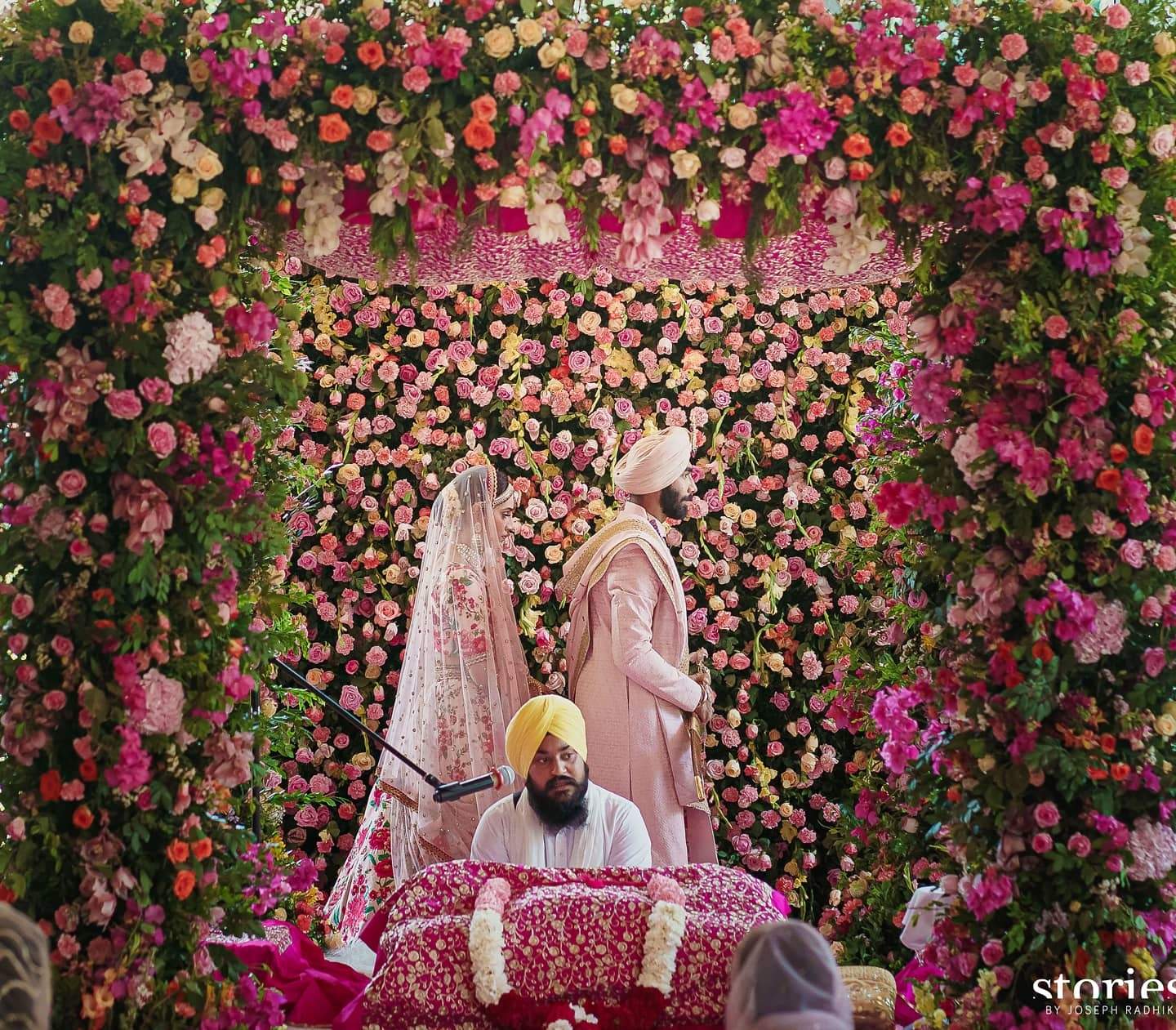 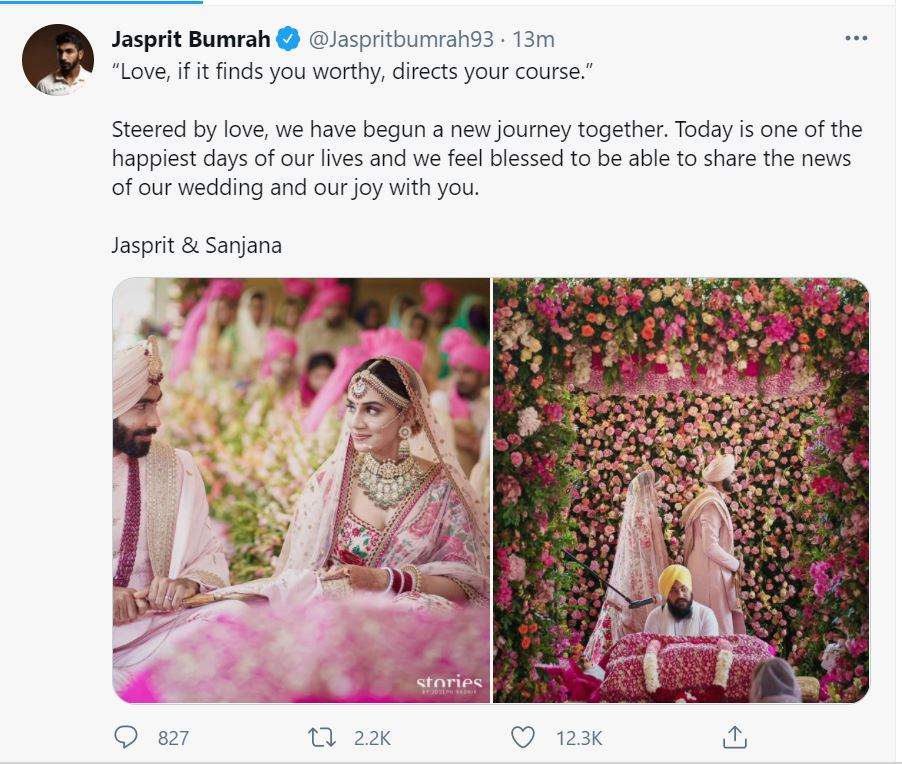 Sanjana was a Miss India 2014 finalist and has been an anchor on Star Sports hosting shows for IPL, ICC, Cricket World Cup and Pro Badminton League.