I T IS tough to put in words the effect of a chorus of over 40 musicians, belting out sounds that have origins dating back over 400 years. But that is what The Manganiyar Seduction does, as one of the most popular modern-day showcases of the age-old genr 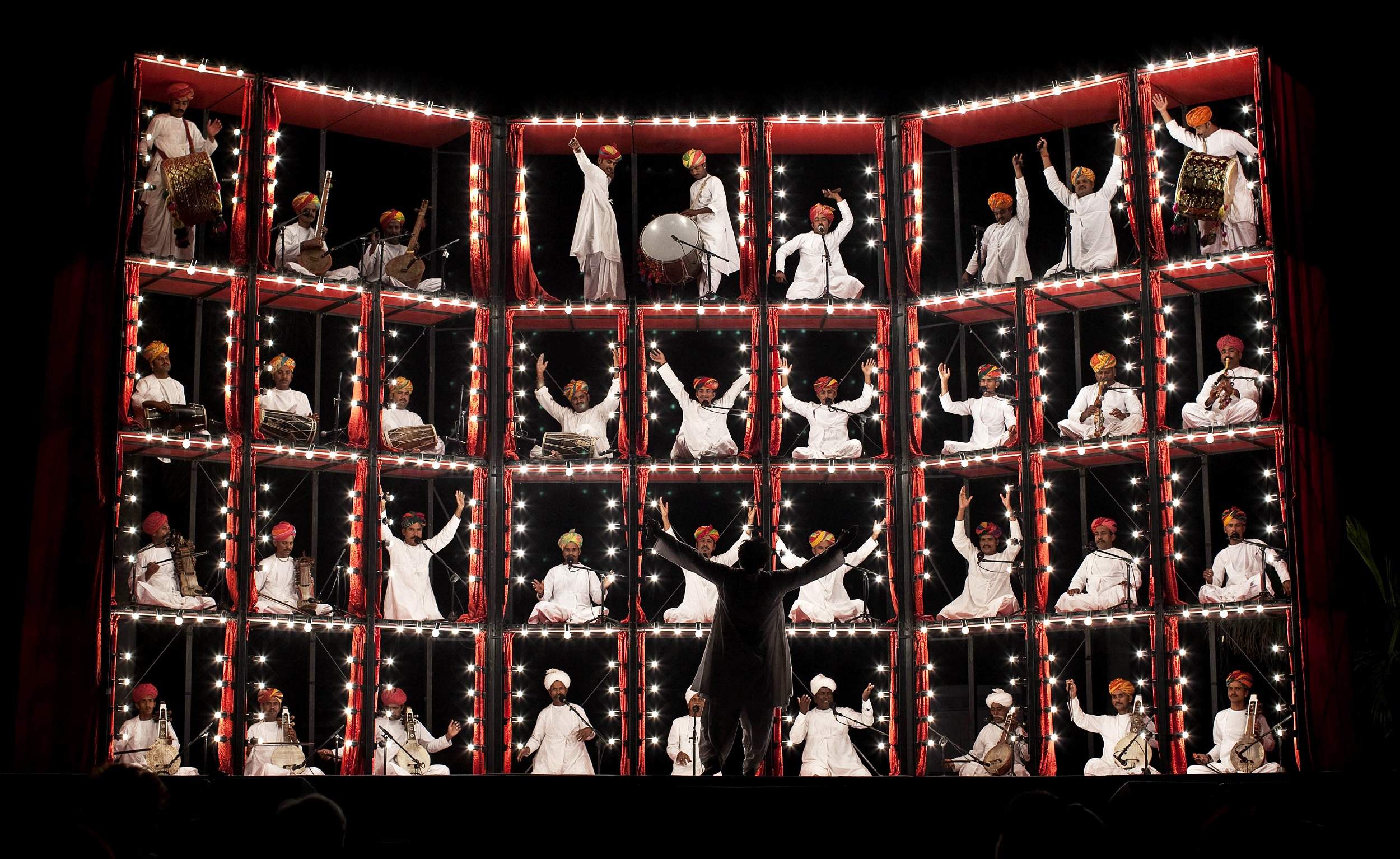 e of Manganiyar music. A movement that was started a decade ago in Delhi by noted theatre director and playwright Roysten Abel (Othello In Black and White), The Maganiyar Seduction is now an internationally acclaimed theatre musical, having travelled to France, Amsterdam, Sydney and New York. This week, Chennai will get its first taste of this splendid folk spectacle, with the powerful Rajasthani performance set to span over an hour and a half.
Looking back
For those who are clueless about where this form of music comes from, here’s a bit of a crash course. The Manganiyars were royal court musicians who sang for the yesteryear royal families of Rajasthan. At some point, all the musicians converted to Islam, and the move evidently enhanced their already beautiful music by leaps and bounds, lending a deep rich quality to their renditions. Fast forward to the present century, and Abel came across two present-day Manganiyar musicians on one of his travels. Hooked by their music, he decided to create a new production of his own, called The Manganiyar Seduction, followed by the project, The Manganiyar Classroom, where he works along with the musicians’ children.
A set apart
The setting of the production stays true to the name, Seduction. Reminiscent of Jaipur’s Hawa Mahal and the red-light area of Amsterdam, the musicians sit inside their respective cubes on stage, each of them veiled by a red curtain in front, until their turn arrives. It starts on a seemingly slow note, but as the vocals and sounds of instruments intensify — of the kamancha, sarangi, algoza (double flute), and morchang —you can expect a
crescendo truly fit for kings.