WAR IS never a pretty topic to debate upon, with arguments about the need for it and its effectiveness raging on for years. While the World Wars remain the biggest man-made tragedies, in the present world, we have nations spending billions on defence and hapless countries getting bombarded by armed forces of mighty countries. In all this chaos, there are millions of families that are either destr 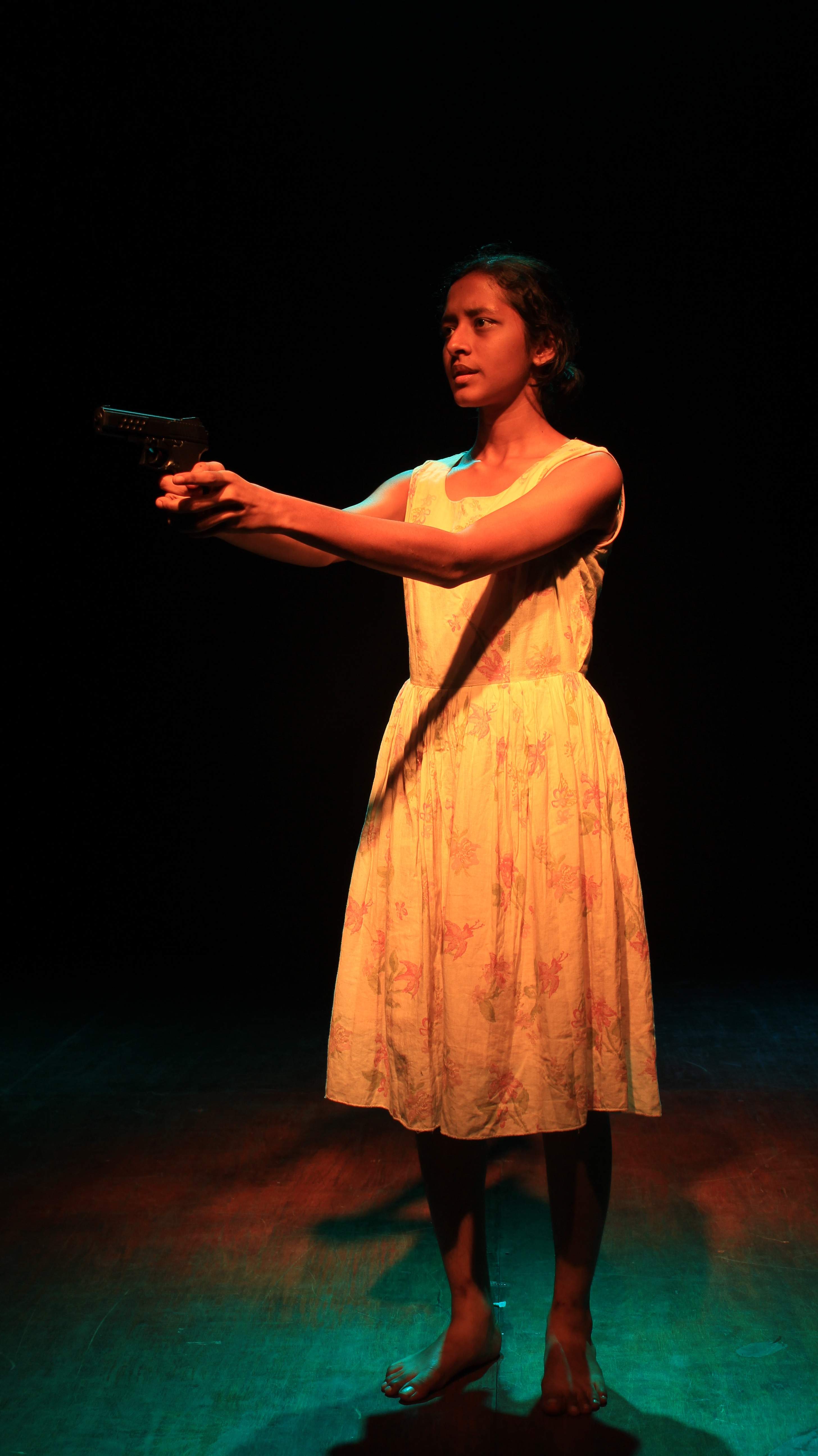 oyed or divided. But, how many of us think about them? Bordering on a similar subject is Theatre Nisha’s latest production, The Cut, that aims to show to what extent war can affect relationships.
Past imperfect
Written by playwright Meera Sitaraman, the play is directed by V Balakrishnan, an alumnus of the National School of Drama. “The story is about two people who are caught in a war under different circumstances, and the hope and despair that follows  it,” says Meera. She however clarifies, “The play doesn’t promote peace or war. It’s about two people whose most basic instincts come to the fore when the war strips them of their civilisation.”
Talking about how they decided on the theme, she reveals, “It was suggested as a short script by Balakrishnan for the Short+Sweet Festival (2014), who at the time, was in Korea working on an Indo-Korean play. It is inspired by the true stories of Shofu slaves of the World War, but has been fictionalised to fit any con

flict zone.”
Spotlight check
With lots of sepia-like colours and shadows (ala The Godfather movies), the play’s lighting and costumes portray the war-torn era with élan. “A lot of thought went into creating the perfect attire for the play,” says Meera. “The colour scheme, texture and style were taken into consideration to create something that resembled the inspiration of the play, yet left room for universal association. With the lighting, we’ve tried to maintain the realism and dystopia of the play,” she further explains. Besides plans to take the production outside the city, they will soon unveil their first wooden bow, to add to their PVC bows used in their archery workshops.
Open to ages 16 and above. Entry at Rs200. Details: 9677172897