Julia Louis-Dreyfus, known for her work on Saturday Night Live and Seinfeld, plays Selina Meyers, a former Maryland Senator, and the titular Vice President, in Veep. She’s joined by ‘Tony Hale’, known for his role as the neurotic Buster Bluth in the Fox comedy series Arrested Development. David H Mandel (The Dictator, EuroTrip), the executive producer and showrunner of the political drama series, joins Julia and Tony in a chat about the show’s new season.

As season five begins, we find Selina no longer in political office. When was that decision made?
David: Even before season five.
Julia: Yeah, when Dave and I first met to talk about taking on this gig, that was the first thing we said.
David: We said, forget about how we resolved it ultimately, where did it have to go? It was based on the idea that she certainly could win, but that was not as funny. It is the thing she most wants in this world, to be an honest-to-god elected President of the United States. And so, maybe the show would be over if she actually got that. And that was why we went the other way. Also, she’s funny when we dump crap on her.
Julia: Constant failure is our comedy friend.
David: Yeah.
Tony: I like the fact that they still call it Veep, because she’s always second to something.
Dave: In her soul, she’s Veep.
Julia: It’s a chip on her shoulder, it’s a bitterness.

In the trailer, we see Selina in a refugee camp. What role is she assuming there?
Julia: She’s taking on a post-presidential role, and she’s trying to stay vital and relevant, as seriously as her ego dictates.
Tony: She is trying to gain favour.
David: There’s a great tradition in the US — when things aren’t working for you domestically, go overseas. When in doubt, walk through a minefield. 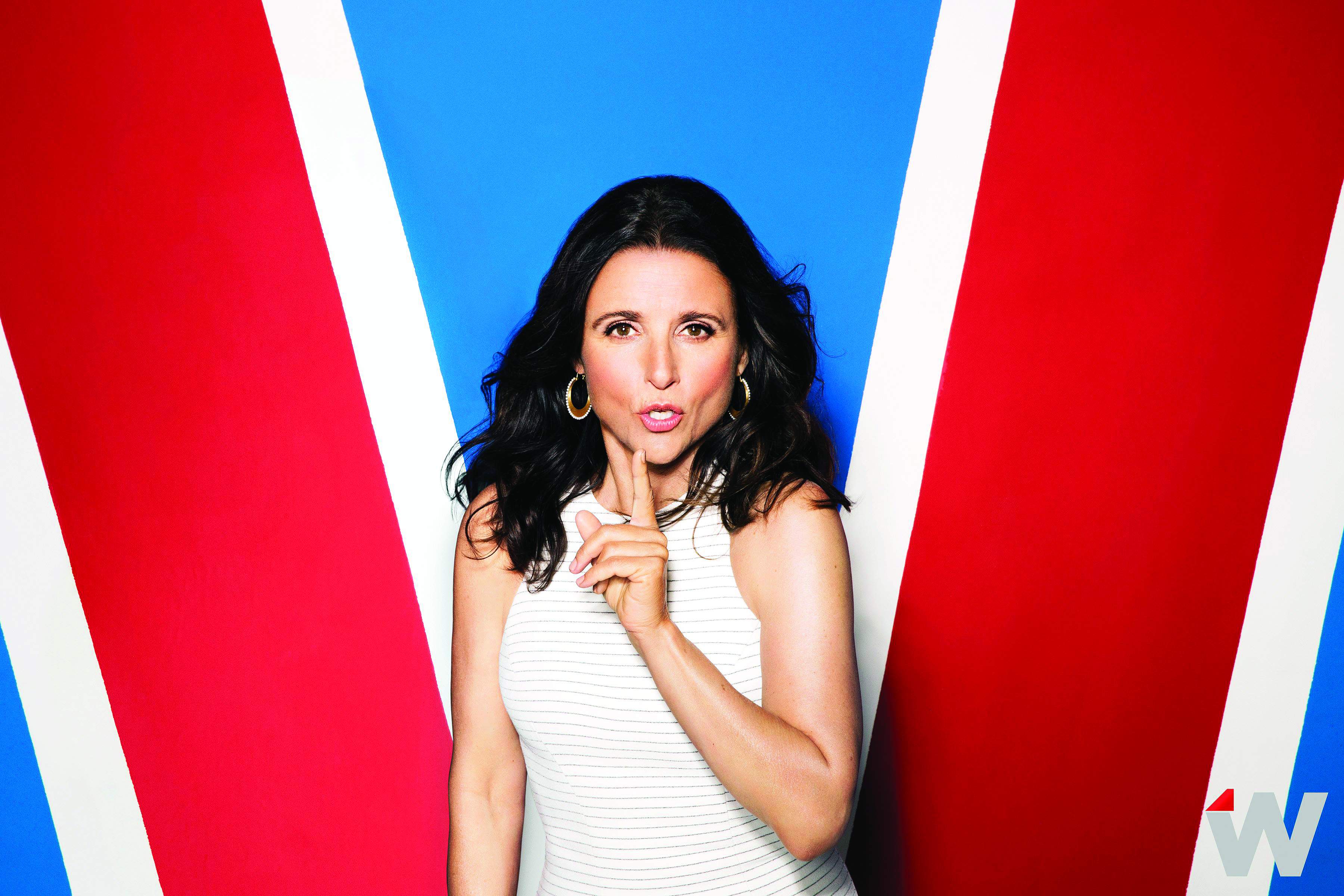 Many people are giving themselves news amnesties at the moment, because the US news cycle is so relentless and stressful. Working on a show like this, do you ever feel you are able to take a break?
Julia: I don’t think we can allow ourselves a break. When the election happened, it was a 24-hour period of like, wait, who are we now? And wondering, can we be funny anymore? Is this appropriate? What’s our tone, etc? We had this identity crisis, and then we got our s**t together and carried forward. We have to be aware, so as to, in a weird way, steer clear of it.
David: We have to be aware enough to bypass it, but at the same time, take note of it. When we can step back, maybe six months from now, we have to be able to see the patterns, the bigger story, as opposed to the day-to-day tweets. Some of the stuff that will be interesting will be on the hypocrisy of a healthcare bill that they’ve been working on for six years, which looks like a school project.We’re not SNL. We’re not reacting to a funny thing that was said on Tuesday.

Is it hard to put the day-to-day madness aside, and be funny and creative, when it feels like we are under siege?
Tony: Yeah, but it’s also a nice outlet. Most of what our characters go through is much harder than what we go through, but when everything’s chaos, it’s a nice focal point to get in and look at each other
and go, okay, how can we make this funny? What else can we do to take this to the max, and find ways to get some physical comedy and make this funny.
Julia: It’s good to be able to link arms with an ensemble of actors and writers and do your very best work and be a team. It’s a very joyful way to make a living. Under the worst of circumstances.

Given that 53% of white women in the US voted for this man, do you think the country can really elect a woman in the next few years?
Julia: Oh yes, there’s no doubt about it in my mind. I think that is a very doable situation in our lifetime. No doubt. I loved something she said late last season about leaving office and the practicalities of real life – that she will have to learn to drive and buy stamps.

Do you think presidents become that cut off from real life?
Julia: Oh, there’s no doubt. If you are a president, there’s no doubt. They don’t buy things for themselves anymore. I heard a story about one of the Bushes – he came out of office, and the scanner thing was in place in shops. They didn’t know how to work it because he hadn’t been to a store since they were brought in.
Julia: I’ll tell you a fascinating story. After he left office, (former US President) Harry Truman and
Bess Truman decided to drive themselves cross-country to the East Coast. There was no secret service,
and they had the police finding out and losing their minds that he was going into diners. Tipping. Paying. Stopping for ice cream. Getting gas. It’s fascinating, an another world, far removed from where we are now.
Tony: It’s our responsibility too, how much we exalt them and put them on a pedestal, and separate them from us, and don’t give them that humanity. That’s in our court. 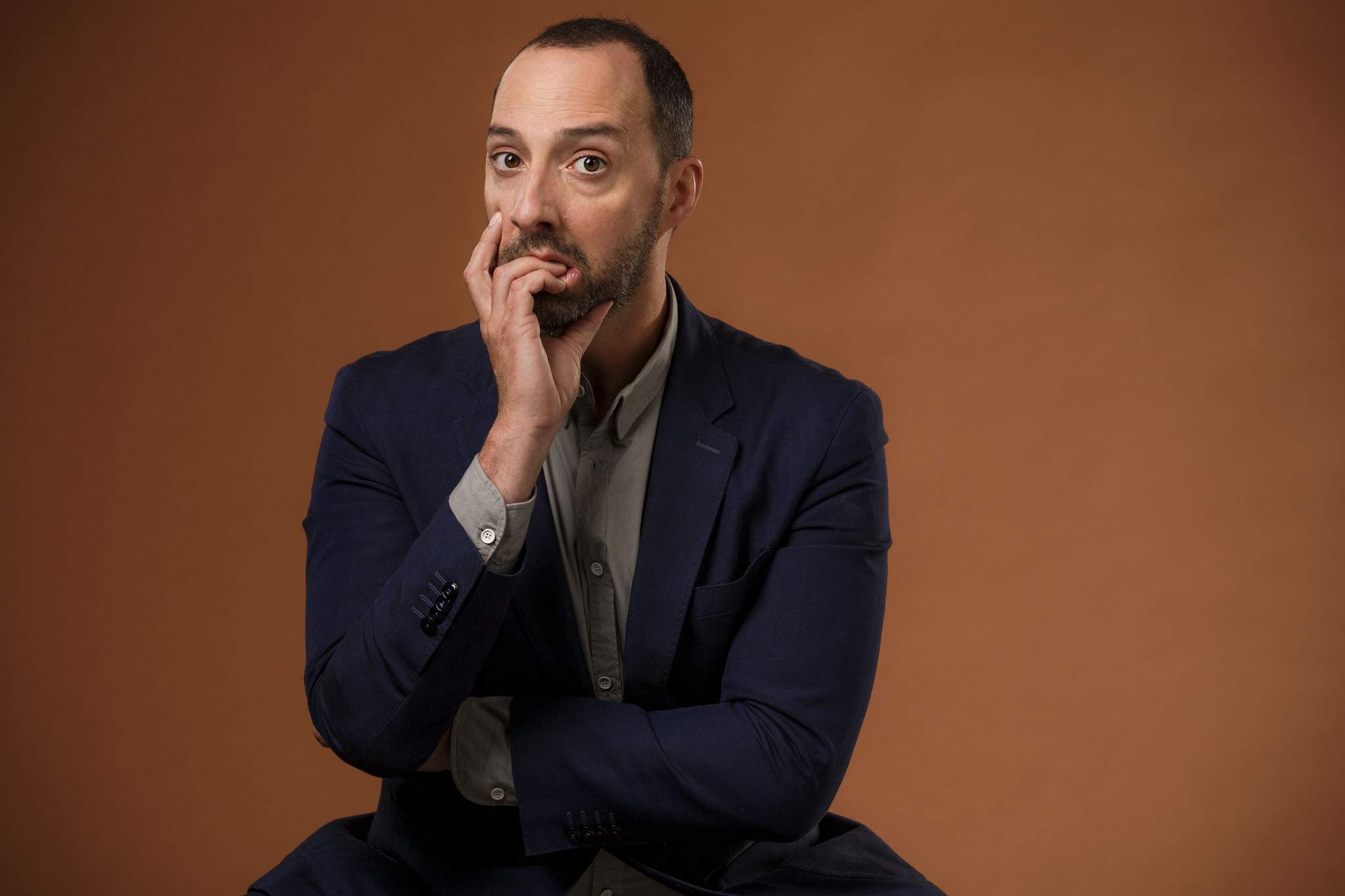 Are there any particularly colourful curses this year?
Julia: I really can’t remember, and we don’t want to give them away, but we’ve got some really
foul s**t coming down. I mean, it’s bad. We’ve had a couple, when I read them in the read through,
I was like, “I don’t know if we can do it”. And then I think we did it.
Tony: Yes, we did.

In the UK, audiences were used to the foul-mouthed insults. But elsewhere, were people shocked?
Julia: Oh, absolutely, because the swearing is so on another level. When the show was conceived, there wasn’t another show like it. But I think it’s a fabulous metaphor for behind the curtain vs in front of the curtain. The language is funny, and it has worked well from a storytelling point of view. We’ve tried to keep that up. “F***s” alone don’t cut it.

I’ve been finding it really bizarre that on Homeland we’ve got a femalepresident-electt and we can’t have it in real life. I never expected Homeland to feel like a comforting place.

David: I’m going to sound like a crazy person, but I do think these things help.  There was an African American president on 24 for a bunch of years. It didn’t make Obama possible, but it certainly started a conversation. These things do; everything is a chink.
Julia: And that’s not what our agenda is, but I will say the fact that Selina is a woman-hating woman, is, I think, very useful. It gives us a real chance to be misogynistic from a very unusual place, which I like.

I loved something that she said late last season about leaving office and the practicalities of real life – that she’s going to have to learn to drive and buy stamps. Do you think presidents become that cut off from real life?

Julia: Oh, there’s no doubt. If you are a president, there’s no doubt. They don’t buy things for themselves anymore. I heard a story about one of the Bushes – he came out of office, and the scanner thing was in place in shops. They didn’t know how to work it because they had, he hadn’t been to a store since they were brought in.

David: I’ll tell you a fascinating story. I’m reading a book right now that is just incredible. After he left office, after a couple years in Independence, Missouri, Harry Truman and Bess Truman decided to drive cross-country to the East Coast, and drove themselves. There was no secret service, there was no money at that time, and it was just the two of them, reaching these towns, sometimes the police finding out about it and losing their minds that he’s just there, but them just going into diners. Tipping. Paying. Buying a cop an occasional meal. Stopping for ice cream. Getting gas. It’s fascinating and it reads like science fiction. It is another world, it’s so far removed from where we are now.
It’s called Harry Truman’s Excellent Adventure, the True Story of a Great American Road Trip. And it’s fantastic.

Tony: I think it’s also our responsibility, too, how much we exalt them and put them on that pedestal and separate them from us, and don’t give them that humanity. That’s in our court, I think. 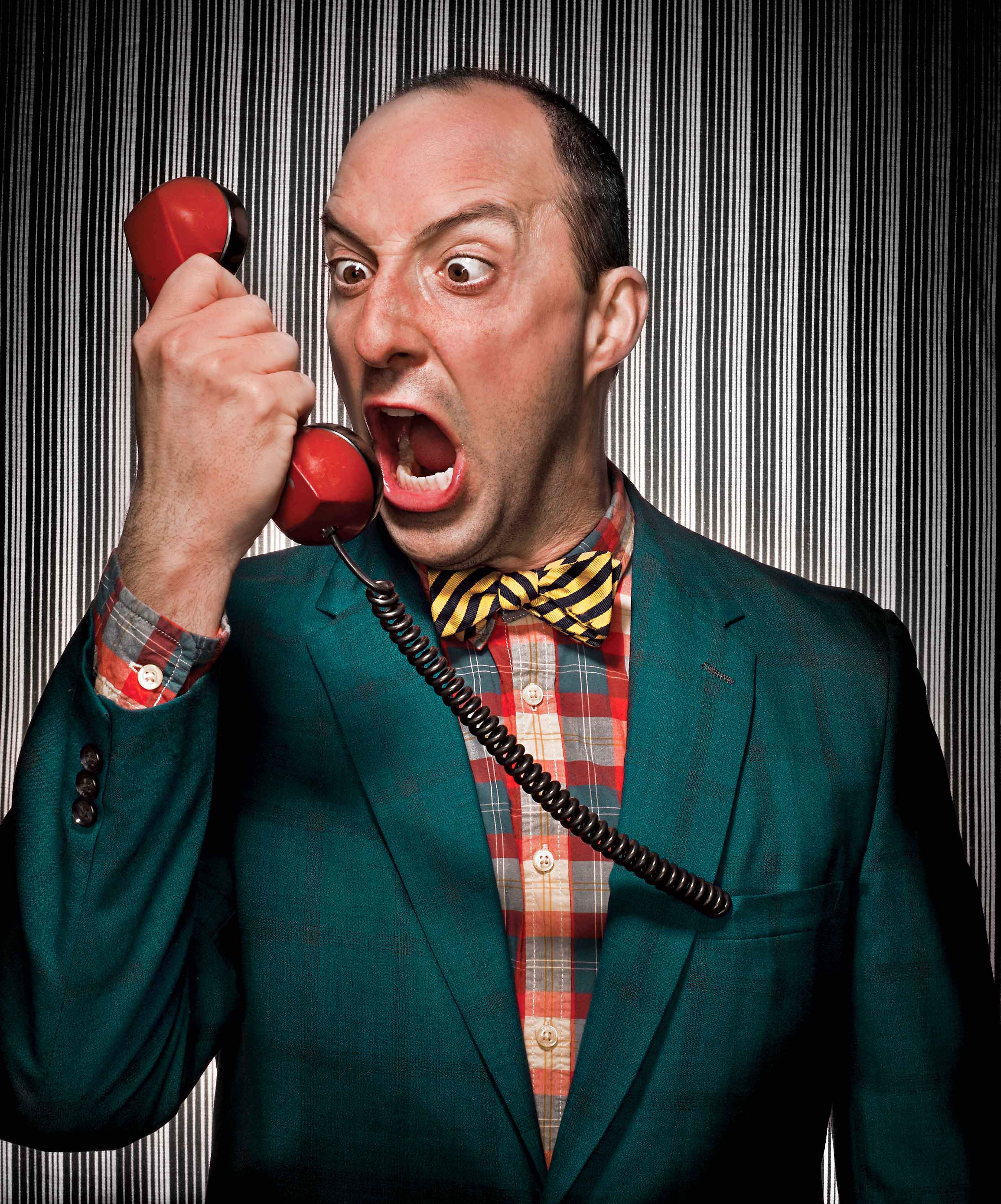 Did you see that wonderful picture a couple of years ago, of the Obamas being driven across the lawn of Windsor Palace, by Prince Philip and the Queen? No security, no driver – they just met them off the helicopter and drove them in the car themselves. The US press lost their minds.

David: Last year, in our Camp David episode, we worked in a little moment of her driving a golf cart. Because Selina would want to drive.

Tony: Well she wanted the photograph of driving.

Dave: Right. She wanted to be seen driving – exactly.

Do you see a time where Selina could ever live without politics?

And how is Gary’s relationship with her affected by her loss of power?

Tony: I will say, because she’s not in the presidency anymore, I get more one on one time with her, which is a joy.

Julia: Much more up in my business, right?

Tony: Yes, which I like. Because I would rather have Selina abuse me than ignore me. When she ignored me, that felt like death. So now that I get this attention, even though she’s abusing me, it’s still my love language.