David Harbour is best known for his roles as CIA agent Gregg Beam in Quantum of Solace, as Shep Campbell in Revolutionary Road, and as Russell Crowe’s source in State of Play.  Harbour now plays the lead role of Chief Jim Hopper on the Netflix original series Stranger Things, for which he won the Screen Actors Guild Award and also received an Emmy nomination this year. 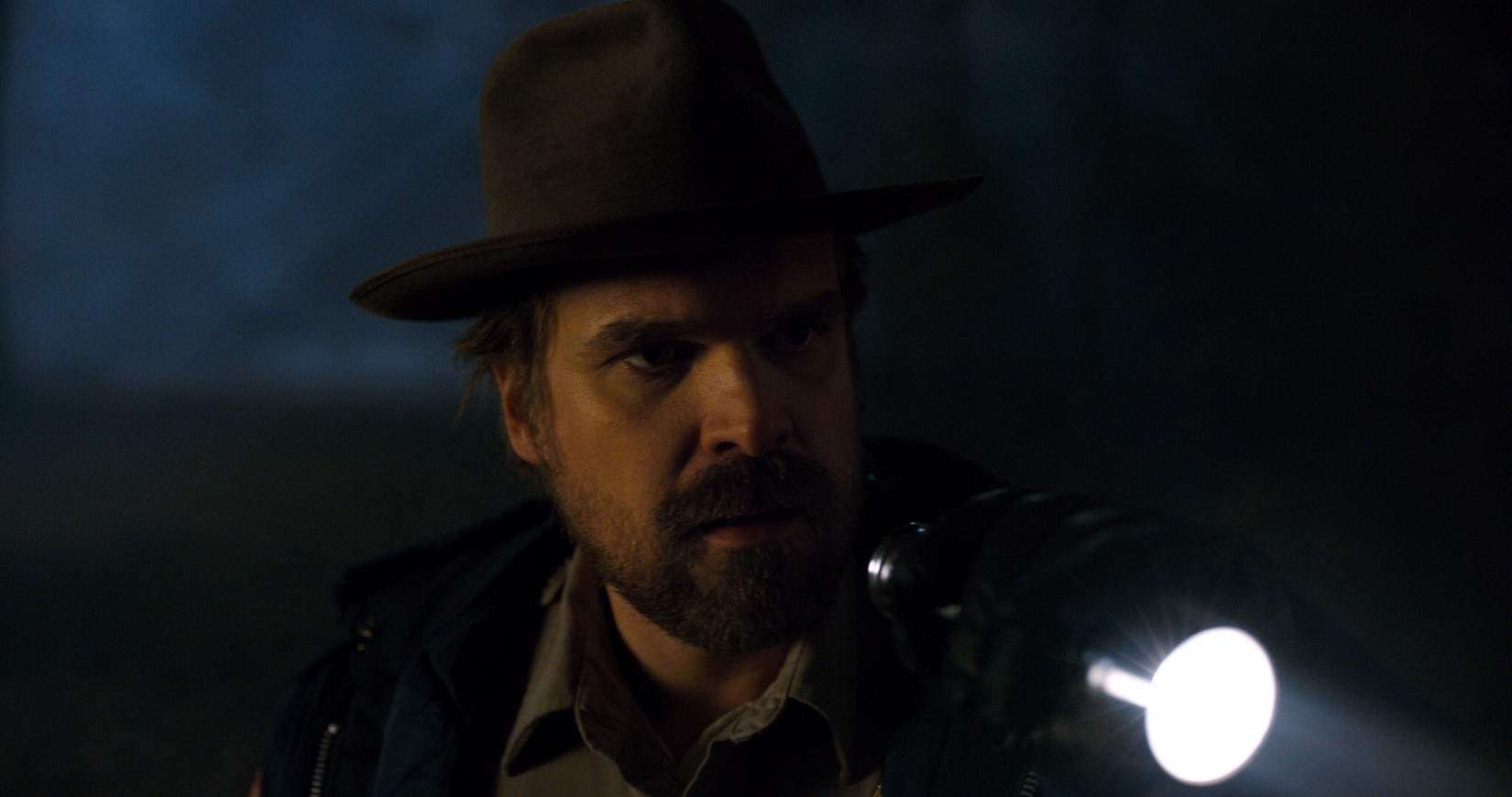 Tell us about Hawkins lab. What’s going on there this season? Who’s running it now?
David Harbour: There’s a new chief of the Hawkins lab. It’s not Brenner anymore. Dr Owensis played by Paul Reiser. And he seems like a better guy, but the jury’s still out! He seems a lot more amenable and trying to fix situations and include us. Hopper still has some issues with all these guys. The fact is now we’ve got a bigger evil to fight in this thing that we are aligned with Hawkins lab in a sense, fighting this Upside Down world. So it’s a different Hawkins lab.

What are some of the supernatural elements that we’re introduced to?
DH: You still have the Upside Down. And that’s really primarily like what we’re dealing with is this Upside Down world that exists underneath Hawkins. Will is having visions with the monster. And we’ve got to exorcise that out of him.

What was it like getting back together with the original cast?
DH: We are a lot closer. With the success of the first season, we really didn’t know what we were making. I always thought it would be good, but we didn’t know how special we were. I think the people I had scenes with, I’d know and respect their work. But when I saw it all cut together, I had no idea that a guy like Joe Keery who, I’d hang out with a couple of days and who I thought was a nice kid, would be such an extraordinary actor. And everybody brought so much life and so much richness and complexity to the characters. So there’s a lot more appreciation of each other coming in the second season. In that way, we’re really excited to make Season 2 even better. And we’re really excited to work with each other. We know that what we have is gold. And we don’t want to sit back on our heels about it. We want to even bring you something richer. We feel that pressure in every scene, and we know that could be great if we bring something to it. And so that’s a great feeling. It’s a great pressure to have. What do you want viewers to feel or take away from this new season?
DH: I just want them to have a rip-roaring good time and be on the edge of their seat. One of the things I loved about Season 1 and which we continue to capture in Season 2 is the emotional aspect, where the people cry as Hopper saves the kid. You see that journey from him being a drug addict who learns to breathe by the end. And I watch people and I tear about it when you see him say, please, let this kid live. And then he does live. And you’re like oh, thank God. I want people to have that emotional experience. I want their hearts to be broken open and feel more empathy for others.
Season 2 of Stranger Things premieres on Netflix on October 27