More than betting on who will win the jackpot, a large section of the audience in Bengal is waiting to watch their Bumba da – Tolly star Prosenjit Chatterjee – play the host in Ke Hobe Banglar Kotipoti?, the Bengali version of one of the most popular game shows, Kaun Banega Crorepati (KBC), immortalised by Bachchan’s baritone “Lock kiya jai”. The show, which will be aired in COLORS Bangla from July 16, will be a challenge for Chatterjee, too, thanks to his precursor, Amitabh Bachchan, who ensured that the nation stuck to their television sets at night for an hour every day.

While the Bengalis are busy brushing up their general knowledge, Indulge finds out how Chatterjee is preparing himself to set his anchoring apart from the tall standards set by Big B.

How is it working with so many people, who have so far seen you only on screen? How different is it to work in a reality show?

This is a new process for me and will go a long way to help me grow as an actor too. Every day I am meeting complete strangers with dreams in their eyes, whom I have to initiate to this gaming process and its paraphernalia. Most of them get overwhelmed by the sets, lighting, music, the Hot Seat and then there is me, Prosenjit Chatterjee, in front of them, in flesh and blood, who they have watched on screen so far. All these make them fumble despite knowing the right answers or the rules of the game. It becomes my job to bring them back to the normal mode, so that they can play well. This is a new chapter in my life, too.

How was your experience with the participants?

We have shot five episodes so far and so I have played with five participants till now. After shoots each day, I am taking back the happiness and the emotions that the participants and their family display. They have so many dreams and aspirations in their eyes, some want to go for a world tour, some want to start a new business and on a serious note, someone desperately wants the jackpot for treatment of cancer. There are as many dreams as there are participants. In one episode I played with an 18-year-old boy, who is an ardent fan of Mohan Bagan football team and he is so staunch a fan that he never eats hilsa fish for its assocition with arch rival East Bengal. He aspires to become a footballer, someday, but his mother can’t afford to buy an expensive pair of shoes. That boy reminded me so much of my son Trishanjit, who, too, loves playing football. So, I connected that boy with veteran football coach Subrata Bhattacharya, who asked him to visit his training camp the very next morning. So, here I try to find ways to realise these small and big dreams of the participants, apart from the monetary gains involved in the game.

Most of the words such as “Lock kiya jai” and Computer Mahasoy, reminds one of KBC and Big B.

We can’t change the format or certain words since they are essential to the game. Since the technical team is non-Bengali, so even if we want to slip in some changes, they can’t pick up the nuances of the Bengali language. Besides, they have their own rules and regulations that can’t be transgressed.

But I don’t understand, why should I copy Big B after 35 years of working in the industry? I think in all these years I have developed my signature style and the audience is going to watch Prosenjit Chatterjee, their very own Bumba da, talking their own language. There will be a very personal touch in my anchoring. 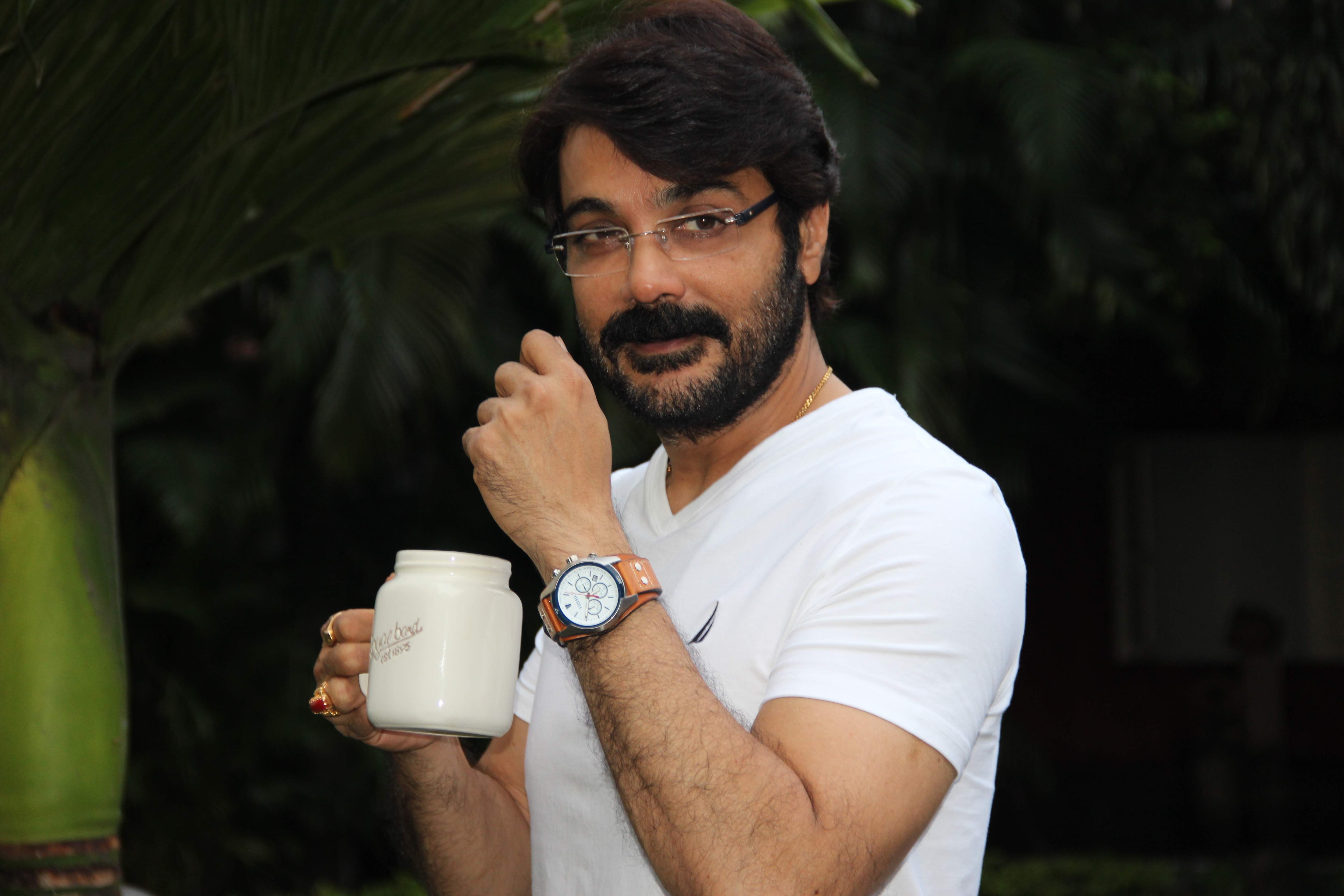 While shooting for this show, you are dealing with ordinary people, who are mostly your fans. How do you deal with the star struck audience and participants?

It’s extremely normal for people to ask for that selfie or a picture with us, even the media does it, isn’t it? And that’s what keeps us going. I never lose my patience while dealing with people. All that they want is to take a picture or match a dance step with me. Once, a participant's wife asked me to touch his husband once, she is such a big fan (laughs). This adulation is all that we are working for. (Smiles). But after that gets over, I try to motivate them to realise their dreams, for which they are seating on the Hot Seat.

Given a chance, who are the celebrities you would want to have in the Hot Seat?

If I had a chance, I would like Amitabh Bachchan and Sourav Ganguly in the hot seat.

How has it been working with Quiz Master and the support behind the Indian version of this game, Siddhartha Basu?

Siddhartha Basu is extraordinary as a quiz master. He is so particular and has taught me that there is a huge technical side to quizzing. He explained to me how the body language should be, why should you move your hands in a particular manner, how to stand, how to use one’s voice. I had very few days to learn all this, but I can realise that I have become a much better show host with all the knowledge gained.

Which portion seemed most difficult when you were preparing for the show?

Initially the total process seemed extremely complex and overwhelming since there are many things involved simultaneously, from music to graphics, to lights, to camera looks. There are about nine cameras and this entire process took a long while for me to grasp. Coordination is really important since it is shot at a go by non-Bengali technicians who can’t understand what I say.

But despite all this initial hurdles, five episodes down the line, we have managed to form a great team. There are few shows like KBC, which helped a superstar like Big B to make a comeback. I still remember that I was shooting for a film in Hyderabad when Mohabbatein released. I went to a movie theatre to watch it and when Big B appeared on scree, I couldn’t hear a word of what he was saying since the audience was only chanting “Lock kiya jai”. That’s the kind of popularity the show had received.

Apart from shooting for Banglar Kotipati, what else is keeping you busy now?

FIFA world Cup telecasts, of course. Before the shoots commenced I went with my family to Russia to watch a couple of games. Argentina, my favourite, exited, so did my second favourite, Brazil. I was hopeful of Belgium, but they disappointed me. Let’s see now, who wins.