With under a fortnight to go for the premiere of Season 2 of the hit Netflix show Sacred Games, actor Pankaj Tripathi shared his thoughts on graphic scenes and nudity on television and the need for censorship in India.

"I feel, there should be a purpose behind everything. If scissoring a scene leaves the story incomplete, then it becomes a concern. Filmmakers like Vikramaditya (Motwane) and Anurag (Kashyap) are responsible people. They will obviously not include a scene just to create a sensation. Pornography is available on the internet. So, why would people watch a web series if watching nudity is their purpose?" Pankaj said in an interview.

He will soon be seen in the second season of Anurag Kashyap and Vikramaditya Motwane's popular web series, Sacred Games, which ruffled a few feathers in its first season with scenes of graphic nudity, besides violence and language.

Pankaj emphasises there is the need for certification, not censorship. "A responsible filmmaker knows what and how much of anything is necessary for his story. I believe that instead of censorship, there should be a system of certification that helps be categorised into different age groups," he said.

On Sacred Games season two, he will be seen essaying a spiritual guru. "It was a difficult role because it wasn't easy to get that feeling. I have never been a spiritual guru or spent time with one. Also, I don't know any guru so closely. So, it was a new world that I had to explore. Every actor explores a new world with every new character he or she plays. While most characters are familiar to us, this one was challenging," the 42-year-old actor said, talking about preparations for his role in the series. 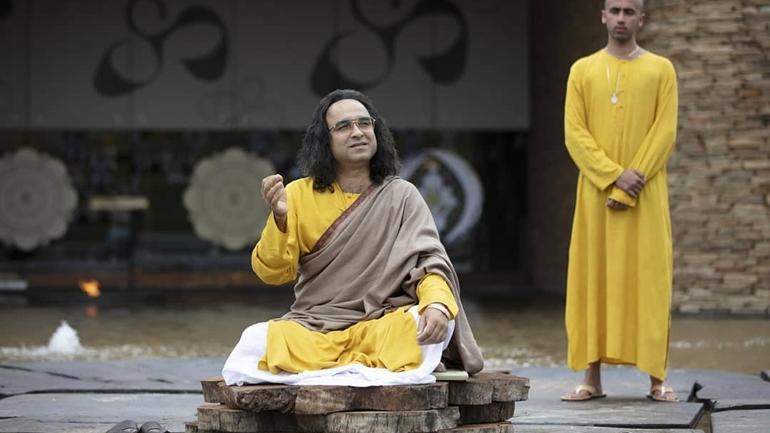 Fans eagerly await season two of Sacred Games, and the actor's dialogue "Balidaan dena hoga" in the show's promo has already led to a meme fest on the internet. Quizzed on the same, the actor smiled and replied: "Is it? I don't get time to do social media, so I didn't watch these memes. I would, however, like to request all viewers to sacrifice their sleep on the night of August 15 to watch the second season of 'Sacred Games' at a go."

Pankaj Tripathi became popular with one scene in Anurag Kashyap's 2012 film, Gangs Of Wasseypur, before becoming an indispensable part of contemporary Bollywood as a character artist with brilliant performances in Newton, Bareilly Ki Barfi, Stree, and Luka Chuppi, among other films.

In the digital space, he is known for his role of Kaleen Bhaiyya in Mirzapur on Amazon Prime, and will now essay the character of Khanna Guruji on Sacred Games. He admits that he hardly watches web series because he has no time.

"I don't watch any web series. I don't get time. It has been almost a year that I didn't watch anything because I have been so occupied with shooting," he admits.