Actress Sarah Wright talks about her breakout role in American Made movie, a biographical film starring Tom Cruise, famous for its zero-gravity scene

She might be an actress who has regularly played the funny blonde girl in a series of romantic comedies (think Ashleys, Staceys and Nicoles), but Sarah Wright proved that she can be an actress of substance with her 2017 Tom Cruise-starrer American Made, where she plays a tough-as-nails, no-nonsense Southerner, who gets to boss her husband around.

The film is based on the true life of Barry Seal, a former pilot who flew missions for the CIA, and later became a drug dealer for a Colombian cartel in the 1980s. Tom plays Barry Seal, while Sarah essays the role of his wife, Lucy. Talking about how much she relates to the character, the 35-year-old actress says, “I am originally from Kentucky in the US, from the South. When I read the script, I did not relate to her as a wife per se, but I was able to understand where she was coming from. I grew up around strong Southern women and when I read this role of Lucy, she was so much like the women I grew up around. She is a mom, and a vibrant  feisty sort-of wild cat character — I really get that about her.”

Enlightening ’80s
The film is set in the late 1970s-’80s, which required Sarah to ‘look’ the part too. A lot of it was achieved through hair and makeup, a process that she thoroughly enjoyed as she got to wear vintage clothes and hairstyles. But Sarah says there was an element of the ’80s in her character too. “Lucy is just one of those women who come from nothing. Even if the money is built around her, she doesn’t really buy into it and becomes involved in it. It was fun to be able to portray the love story between those two people during that time period,” says the actress, who was a recurring cast member of the show Parks and Recreation (2011). Ask her about moving on from doing comedy to other shows, and she says, “American Made has helped me in showing people that I could do genres other than comedy. After doing a film like this, I really want to work on stories that are inspiring and exciting, and stories that I really want to tell. I now have the opportunity to do that,” she adds. 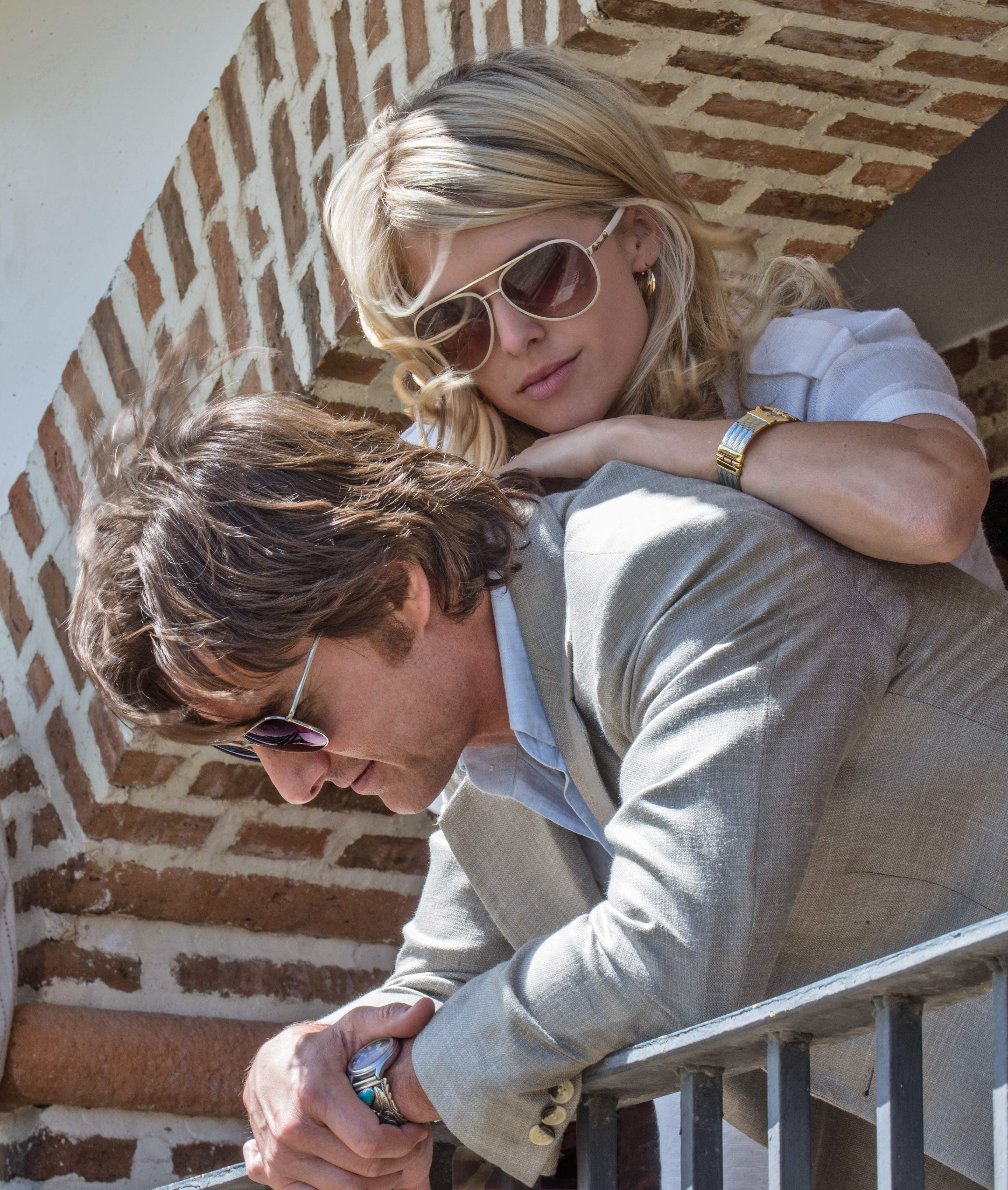 ‘Tom’ of the world
Referring to Mission Impossible star Tom Cruise as one of the most inclusive and creative personalities to work with, Sarah says, “I went to audition in Atlanta, opposite him. It was a long audition, ran up to a couple of hours, and we really got to know each other, and so while shooting together, we were extremely comfortable,” she says.

Before we can ask her about the much-talked-about zero gravity intimate scene, she tells us, “I know what your next question is going to be. So let me answer. It was in fact, one of the toughest things to shoot for me because I have never done anything like that. We shot it as a stunt scene, and not a regular one. So here we are, tethered and harnessed to the bottom and the sides of the plane and in zero gravity, being spun upside down. Tom is obviously quite used to stunts, and this was my first time, so he coached me through the whole thing. We got the shot in three days, and even though it was tough to shoot, it was one of the most beautiful moments in the film,” signs off the actress, who will soon begin shooting for her Netflix show Spinning Out, alongside January Johnson.