Frontman of Amogh & The Homies breaks down their hip-hop, jazz, and indie folk-inspired sound from their second EP

The genesis of Chennai-based band Amogh & The Homies seems like it’s been scripted for the Hollywood screen: The one where a group of musicians come together for a ‘battle of the bands’ scenario and walk away with top honours as the end credits roll. However, the scene doesn’t quite end there for this five-member band, who were the winners of Red Bull’s Spotlight in 2018 which slotted them among the best upcoming acts in the country. “We were all on our way to work when we heard about the contest. It was a last minute decision to perform,” begins lead singer and guitarist Amogh Balaji, talking about what spurred the release of their second EP, What It Is, in less than a year of their debut album.

Worlds apart
Starting out in 2017 first as an acoustic duo, then a trio before finally settling in as a five-man project, Amogh & The Homies’ genre-transcending sound comes from the strong independent musical preferences of each of its members. “Paul Livingston, who is on the keyboard, is greatly influenced by metal and mathcore and so is our guitarist VG Pranav. Michael Timothy comes from a background of RnB and jazz,” Amogh says. Combine this with the Carnatic and alt-rock influences from drummer Sandip Ramanan and Amogh’s personal sound of hip-hop and soul and you have a hip-hop, funk sounding EP that also takes from rock and soul. 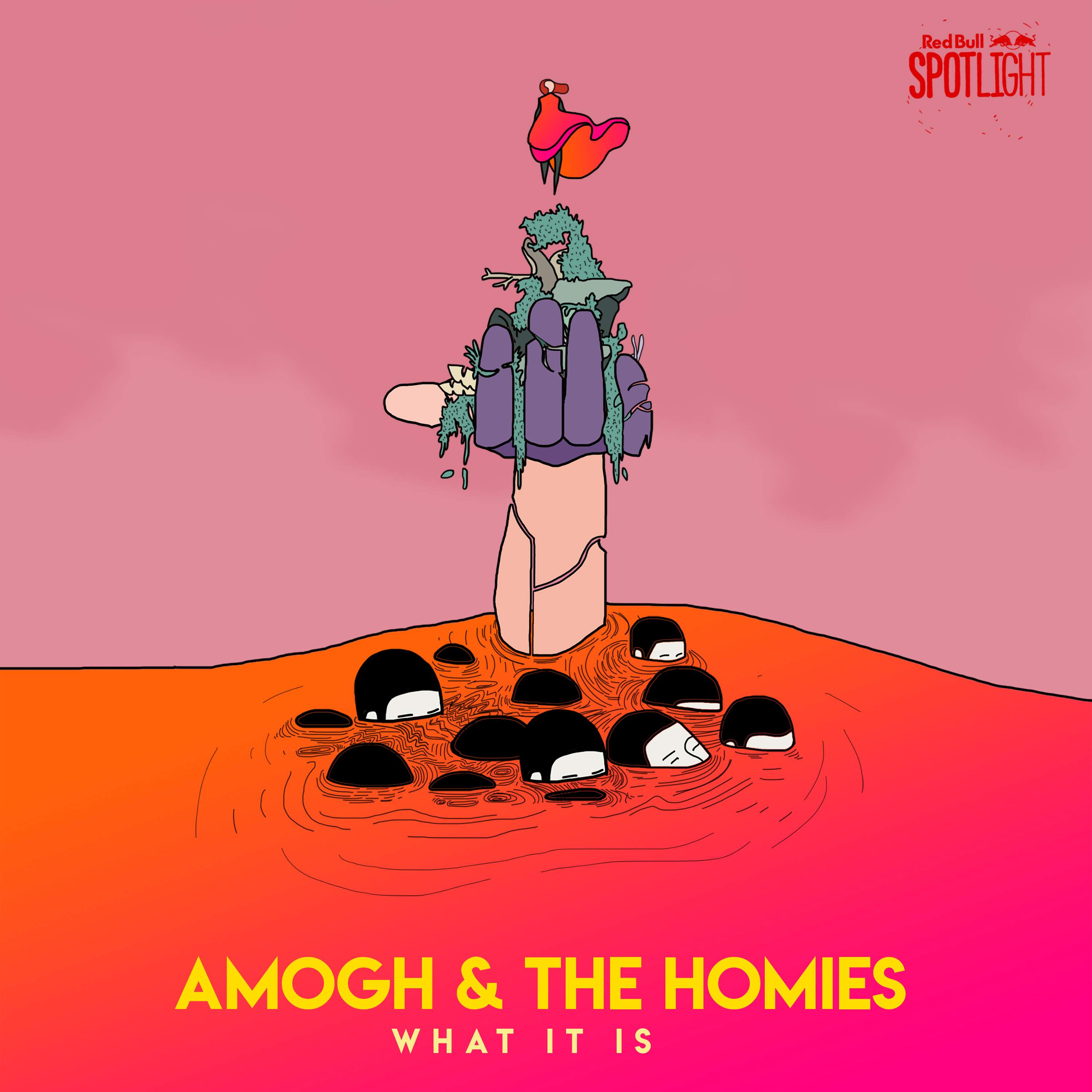 The right blend
The opening track, Losing Hope, offers a funk-inspired bass groove and is almost a jazz-fusion through and through, that is until it crosses over into classic rock riffs as it closes. Whatchu Got is almost reminiscent of a stripped down John Mayer-esque set that meets Nu metal, while the closing song, SoS drifts into the space of a dreamy indie folk tune. Our collective sound, in this EP, is laid-back and calm, with a focus on the rap. We mellowed things down if we felt a song was becoming overly influenced by rock or metal, to maintain the vibe throughout.”

TAGS
Amogh & The Homies What It Is EP Amogh Balaji Music