How does ethical fashion and lifestyle collective 145 East cling to its core, sustainable values?

Kolkata-based sustainable fashion collective 145 East describes itself as a troupe of visual bandits who wanted Kolkattans to embrace their homegrown aesthetic while connecting with the organic and ethical route to daily fashion. Their gamcha dhoti bottoms and gamcha saris couldn’t possibly have escaped your attention; the label also brings the wearer closer to the weaver, and thus essentially helping them connect with the homegrown artistry. 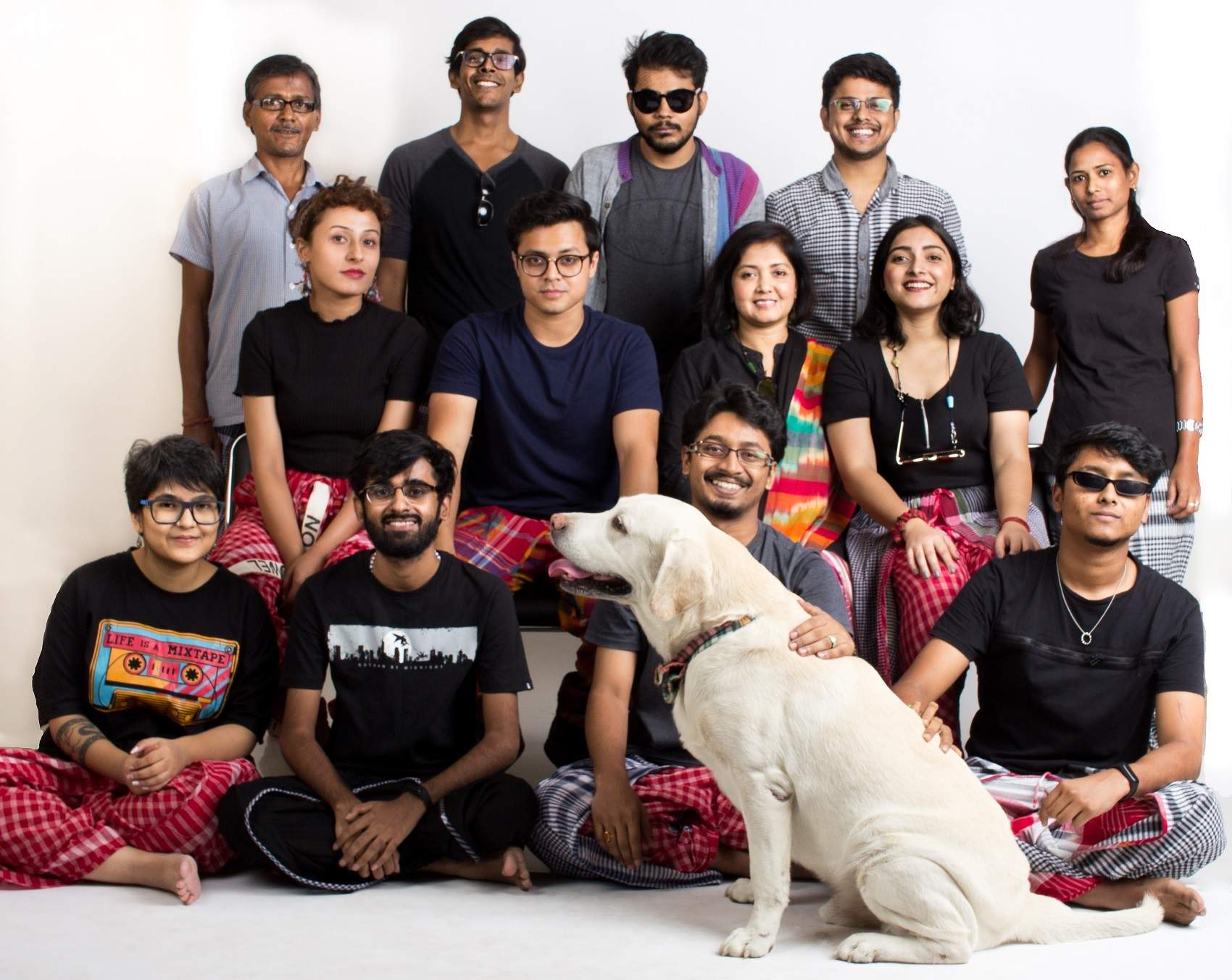 Incidentally, 145 East got its start as an initiative to raise money for two Gamcha weavers. One of the label’s directors, Rishabh Badoni, tells us how it all began:

Tell us how 145 East was conceived?

We started almost accidentally when we helped an NGO raise funds for two gamcha weavers who were out of a job. The company got its formal introduction at the 2016 edition of The India Story (a curated showcase featuring the up and coming names of contemporary design) where we launched ourselves as a lifestyle collective. The idea behind this was cultural revival and reintegration of traditional fashion sensibilities into the mainstream consciousness.

How has the gamcha helped you shape your aesthetic?

Gamcha is a familiar thing in India, more so in the East as a household staple. It’s a homegrown textile which finds a place in every major part of our lives; our designs are a revival of the position gamcha previously held in the country before more commercial fabrics found their way into the ecosystem.

The textile finds itself in a rather humble state simply because we did not account for what western influences were steadily taking away from our fashion. The habit of buying cheap, short-lived clothing to make it through life is a western principle that doesn’t align with the country’s history.

What are some of the most crucial challenges when it comes to running an all-organic label?

Initially, the biggest challenge for us was figuring out exactly why we were doing this, how much time we could give it, but the fact that we loved what we were doing and it was helping others, we always seemed to find a way.

You work with several weaver units. Where are they based?

These units are based in different parts of Bengal and Odisha, where the practice of weaving gamcha is the main economic drive in a family or establishment; we have been working with communities from Bengal to source and produce our designs consciously and with a passion that a home ground textile is afforded in its own state.

Has Kolkata's approach to slow fashion shifted in the last decade?

People are coming back to their roots realising what they had lost and what it can do for others. As far as consumer behaviour goes, people WILL spend money if they know the reputation of the brand and like the work they are doing and we’re fortunate enough to have an audience that loves the diversity of our catalogue.

Can you recommend two practical/ achievable ways everyone can take zero-waste fashion forward ?

Buy less, wear more. In an age where you can buy the same shirt in 20 different colours, with absolutely no other variation, ethical fashion gives us a chance to change these trends by presenting to them an alternative that guarantees quality.

Upcycling is the future, it’s our answer to revivalism. Adaptability is the hallmark of a true textile and gamcha, in particular, possesses versatility but it could not make the transition to a modern competitor in fashion.