“I think the shift from bridal red started when Anushka Sharma wore pastels for her wedding, that became a huge thing because that’s when morning or daylight weddings also became bigger as a trend. Plus, more and more people began opting for destination weddings,” Kolkata-based couturier Pallavi Poddar shares. The designer’s latest bridal collection came out right before the Covid crisis hit; the Karkhana edit features traditionalist lehengas with dramatic hand embellishments and resplendent, classic cholis, all in red - a glimpse into what the ‘It’ bridal look for the year was shaping up to be until of course, the wedding spectrum was thrown into a tizzy. Poddar’s new festive collection, however, is all about extravagant cocktail styling -- all muted beige, nude and English cream lehengas with dramatic gheras -- where the designer goes for tone-on-tone drama. But red never left the bridal mindset, not even for intimate weddings, Poddar tells us.

“I used to have so many brides who would come in and try pastels and they would explore many other options, but once they would try red in the mirror, there was no going back. I think some buyers have this mental image of themselves wearing red as a bride and that has stuck with them for so long. So they shortlist several options but ultimately choose red, almost every time, even now when the gathering has become smaller. So we used vermillion, cherry, watermelon hues and several distinct palettes from the red family,” she shares. The designer believes that the post-lockdown bride’s biggest priority is going for a fuss-free D-day experience, in terms of wearability. “Oh, lighter pieces are in, for sure. Since there are lesser people involved and everything is a bit toned down, brides want more wearable pieces and nothing too heavy or cumbersome, so in a way, the bridal look has evolved. Classic silhouettes are still popular, however, we have been going for an exaggerated volume and dramatic ‘gheras’", Poddar tells us. The designer admits that bridal spending has taken a hit amid the health crisis with people trying to prioritise better, but she thinks it’s temporary. “People have been spending less since they are also going for lighter pieces, but I think it’s just a phase. It’s not like people don’t have spending ability, they are just thinking differently and sticking to necessities. Since weddings are still happening, for brides, the bridal lehenga is the biggest necessity,” Poddar remarks. 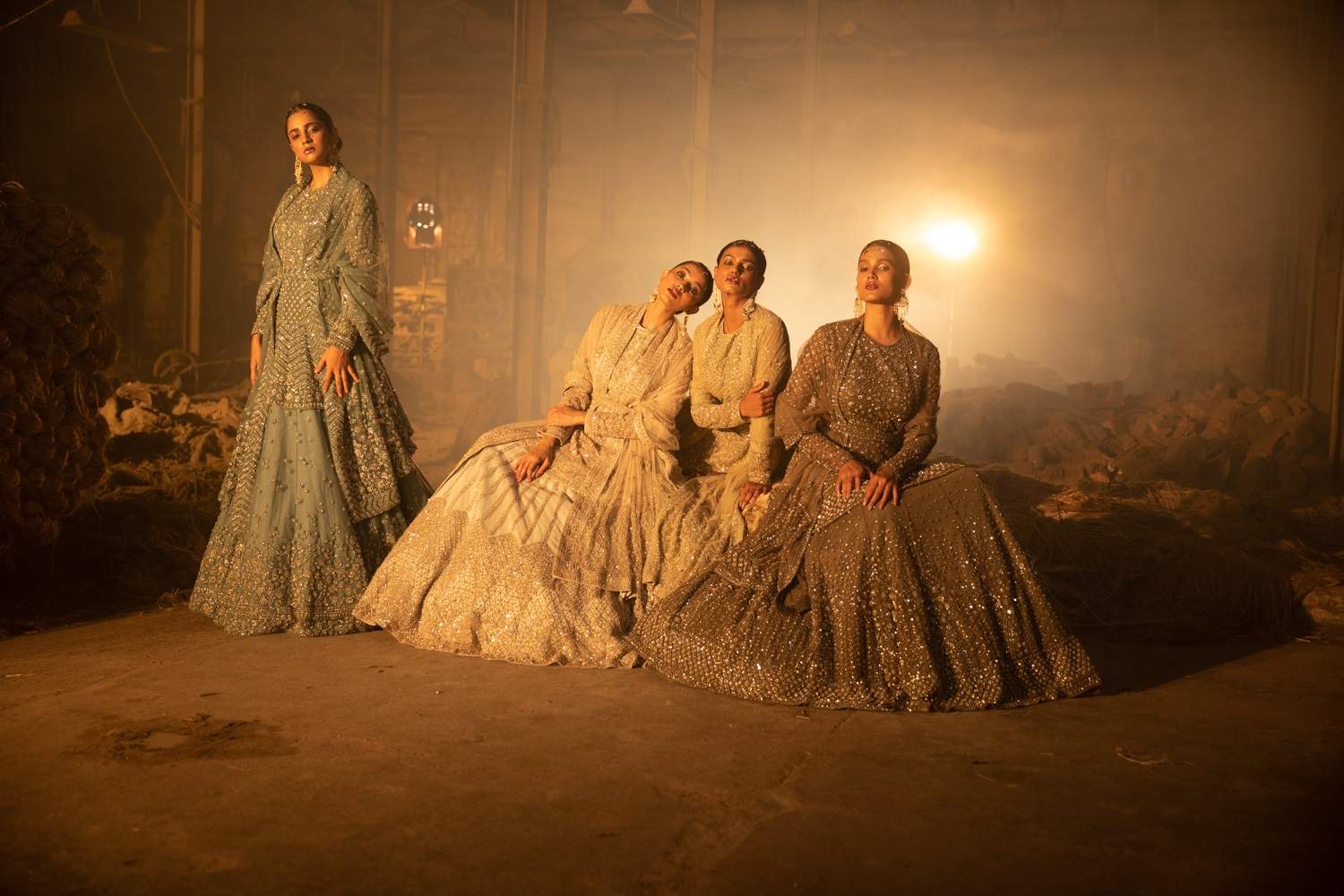 But millennials brides are not steering away from experimenting this season; as the designer’s extended festive line-up also suggests, polished, earthy tones are trending big, as well as quirky mix and match pairing. “We did an olive green lehenga for a bride along with a maroon dupatta. Our easy-going buyers are usually open about trying out new things like we just did an indigo blue number for a wedding, which was quite exceptional,” Poddar reveals. At the end of the day, bridal shopping, especially for desi women, is all about the experience. “My store in Shakespeare Sarani is set up like a bridal studio where people can really explore all their options and give new ideas a go,” the designer shares.