Mumbai-based indie label Choli Boli’s utilitarian blouses have been getting a lot of attention on social media, and Arunisha Sengupta who founded the label tells us that the brand is committed to freeing the notion of blouses from the gendered monotony. In fact, Arunisha tells us that Choli’s Boli’s ‘happy-fit’ ergonomic blouses essentially want to reclaim the legacy of the garment that has often proven to be quite a sartorial nuisance for the urban women.

“I think most women steer away from sari as a daily wear option because of the blouse and not the sari itself, there are just so many rules and the constant objectifying, the drape shouldn’t fall over and so on, we’re all wary of that,” Arunisha remarks. Incidentally, the label has traced back the origins of the blouse in India to identify the problem with the modern concept of the blouse and wants to usher in a more efficient styling. 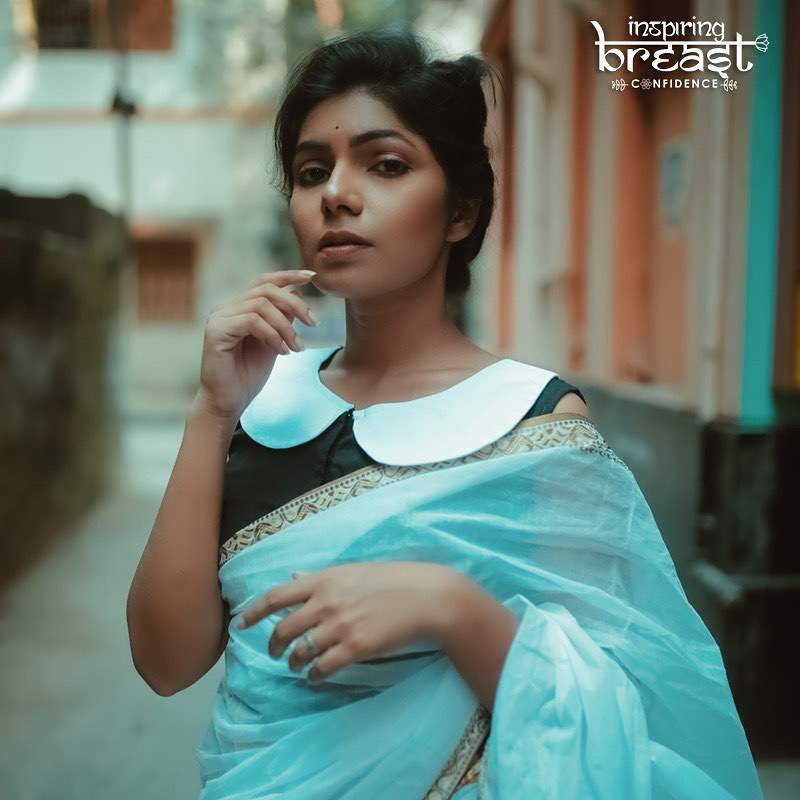 “Jnanadanandini Devi, the sister-in-law of the Nobel laureate Rabindranath Tagore is largely credited for popularising the concept of blouses, chemises and the modern styling of the sari in the East after she was refused entry to clubs under the British Raj for wearing the sari draped over her bare breasts. ‘Blouses’ as we know them were therefore born out of  a kind of oppression and adhered to the premise of ‘fitting in.’ And that tradition has continued because most sari blouses we find are literally quite form-fitting, which I’ve found to be quite unfair because as everyday options they are uncomfortable for women. But our line-ups are about body positivity and about catering to what the wearer is looking for and not the other way round which is why they are called ‘happy fit,” Arunisha tells us.

Choli Boli’s newest line-up is an homage to silver screen’s most tenacious pathbreakers who have made their own rules in fashion, and otherwise. Their Hollywood Diva collection is inspired by icons like Marilyn Monroe, Elizabeth Taylor, Sophia Loren and Audrey Hepburn and is actually designed along the looks they have popularised over the years.

“We all resonate with people we see on screen and emulate them as well, for their performances but mostly because of the way they have lived their lives. We epitomised these people in a way, and the blouses from this collection feature some very interesting screen printing and we have used the colour schemes which we are used to seeing them in, from some of their best performances. For Audrey, it was monochromes and so on,” Arunisha explains.

The designer has also observed that her creations appeal the most to the discerning desi buyer, the women who have a mind of their own and want to do things their way. “Though I have a diverse clientele, I have largely observed that my blouses are popular in working women who are above thirty five who make their own rules with their wardrobe. Plus, I call my blouses sari tops so they can be worn as crop tops as well,” Arunisha tells us.