The story dates back to 1999, when a 40-year-old Rita Bhotika started WNW (Warp-n-Weft) in Kolkata. The family-run business, which now specialises in elite bridal couture, started from humble beginnings. From Ganesh Talkies to Kankurgachi,  they specialised in handkerchief dyeing,  and then eventually evolved into a premium women’s clothing shop, and finally established themselves as a brand in 2008. With rich, vibrant and luxurious bridal wear at their core, WNW launched yesterday in Chennai, and will be displayed at Aquaab, a contemporary fashion store in Kilpauk. “Kolkata is a significant cluster for hand embroidery since the Mughals. And almost all of the embroiders there trace their lineage to the Mughal era karigars, who were then commissioned to design and dress for the rulers,” explains Harsh Bhotika, 34, Rita’s oldest son who joined the business at 16 while they were still dyeing handkerchiefs. “As far as bridals are concerned, they’re limitless. Our strength lies in blending just the right amount of resham hues, with mastering the art of zardozi.” Harsh adds that one can also find lots of seamless lehengas at their store, and their collection Dejhoor which finds its roots in Kashmir. “The collection has Kashmiriyaat in its soul, which means its inspired by the vibrancy of colours that the people of Kashmir exude,” he says.   Harsh realised that a lot of their customers at their flagship store in Kolkata came from Chennai for their trousseau shopping. “We realised that we wanted to be closer to our customers, rather than expecting everyone to come to us,” says Harsh, who roped in his younger brother Ankesh Bhotika, 32, and even opened a store in New Delhi . 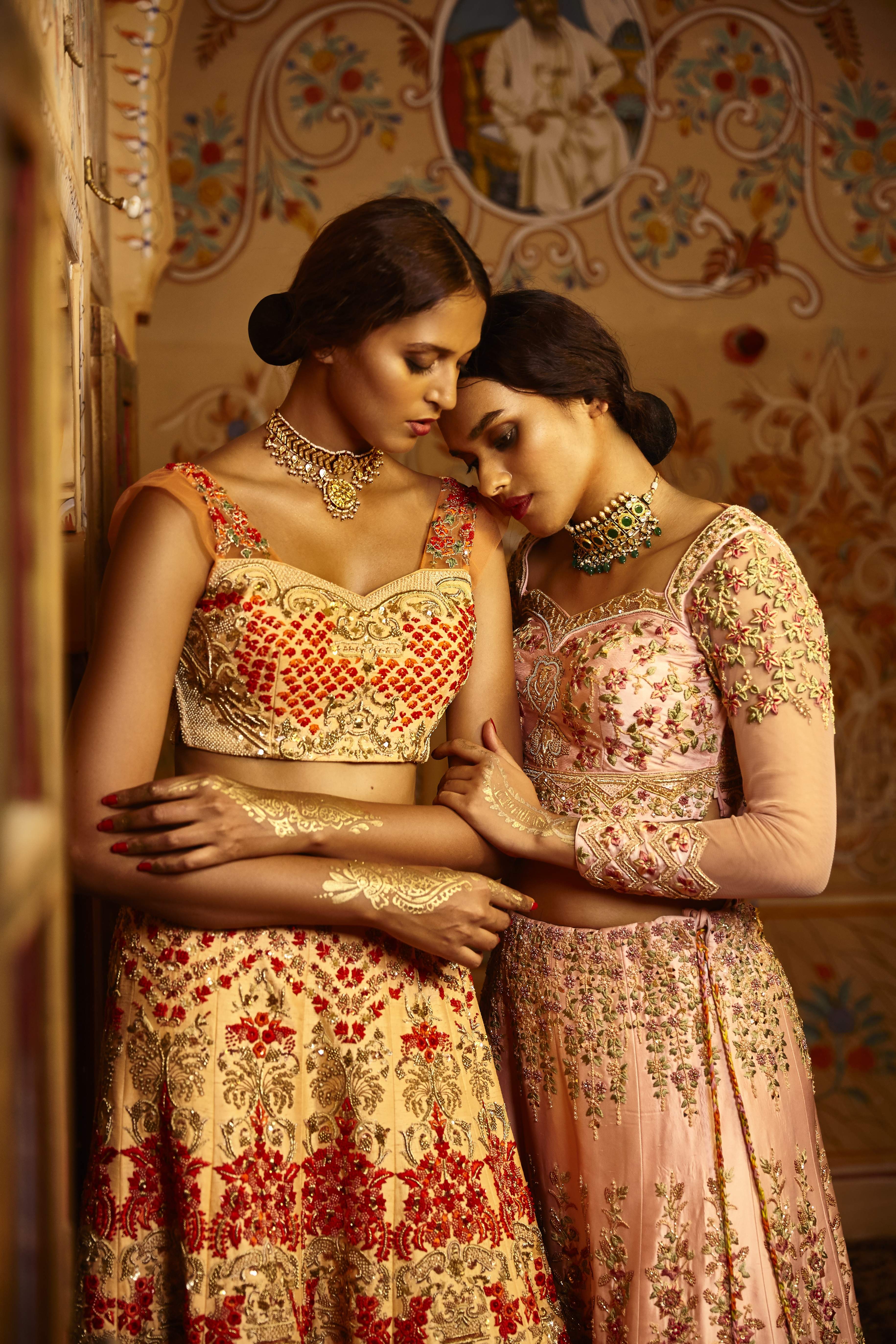 WNW’s signature design sensibilities include mixing traditional metallic work  with a blend of resham, and embellishments which are the traditonal handwork of Kolkata, made out of dabkas, salmas, zori, resham and small zero-sized stones. “We will also have on display a beautiful collection of Benarasis, which shows the brilliance of Kolkata’s weaves,” shares Harsh, who adds that the khakhas are contemporary, and influenced by the theme of the collection. WNW offers elegance and royalty, and they believe they can set the trend for Indian ethnic bridal trousseau. Their latest colour palette is a mix of rich reds and sunset oranges, with an  intricate hand stitched embroidery of floral motifs. With a production unit right in the heart of a karigar cluster in Howrah, WNW also has a design centre in Kolkata where their designs are rotated every 45 days to give a fresh look. “Our 17,000 sq ft design centre houses a talented team of creative people right from designers, artists, pattern masters, samplers, embroiderers, tailors, process coordinators and quality controllers,” shares Harsh. WNW is associated with some of the best weavers in the country from Benaras, some of who have won National awards and walked the ramp on the behalf of Ministry of Textiles, at LFW 2018 for their outstanding contribution to Indian handloom.