Ahead of her Chennai show, Anita Dongre opens up about her love for Jaipur and offers some bridal styling tips

Renowned for her eco-conscious fashion sensibilities that celebrate Indian heritage, Anita Dongre’s designs have long captured global fascination. Over the years, the couturier’s apparel labels — Anita Dongre and Grassroot — have found patrons among the likes of The Duchess of Sussex, Kate Middleton; Kim Kardashian and more recently Sophie Turner, besides its steady A-list Indian clientele. However, in 2018 with pop culture icon, Beyoncé choosing to wear the Mumbai-based designer’s accessories, the spotlight was turned to a rather subtle and understated outlet of Anita’s creative expression — her jewellery line.

Tangible memories
Ahead of her first-ever visit to Chennai, as part of the jewellery Trunk Show hosted by Tina Malhotra and Deepali Goyal, we get talking to the 55-year-old and realise that the idea of Rajasthan as the eternal muse has had an overarching influence across all her labels — bijoux included. “I grew up right off the Mirza Ismail Road in Jaipur, where all the leading jewellers of the city have their shops. I have walked past these stores...I have marvelled at their jewellery. For me, the inspiration is from a fashion perspective, but there is the huge emotional connect, as well,” begins the designer, when asked why the state has served as an inspiration for many a designer. Quite fittingly, as a lasting ode to her formative years, the designer named her fine jewellery line Pinkcity. 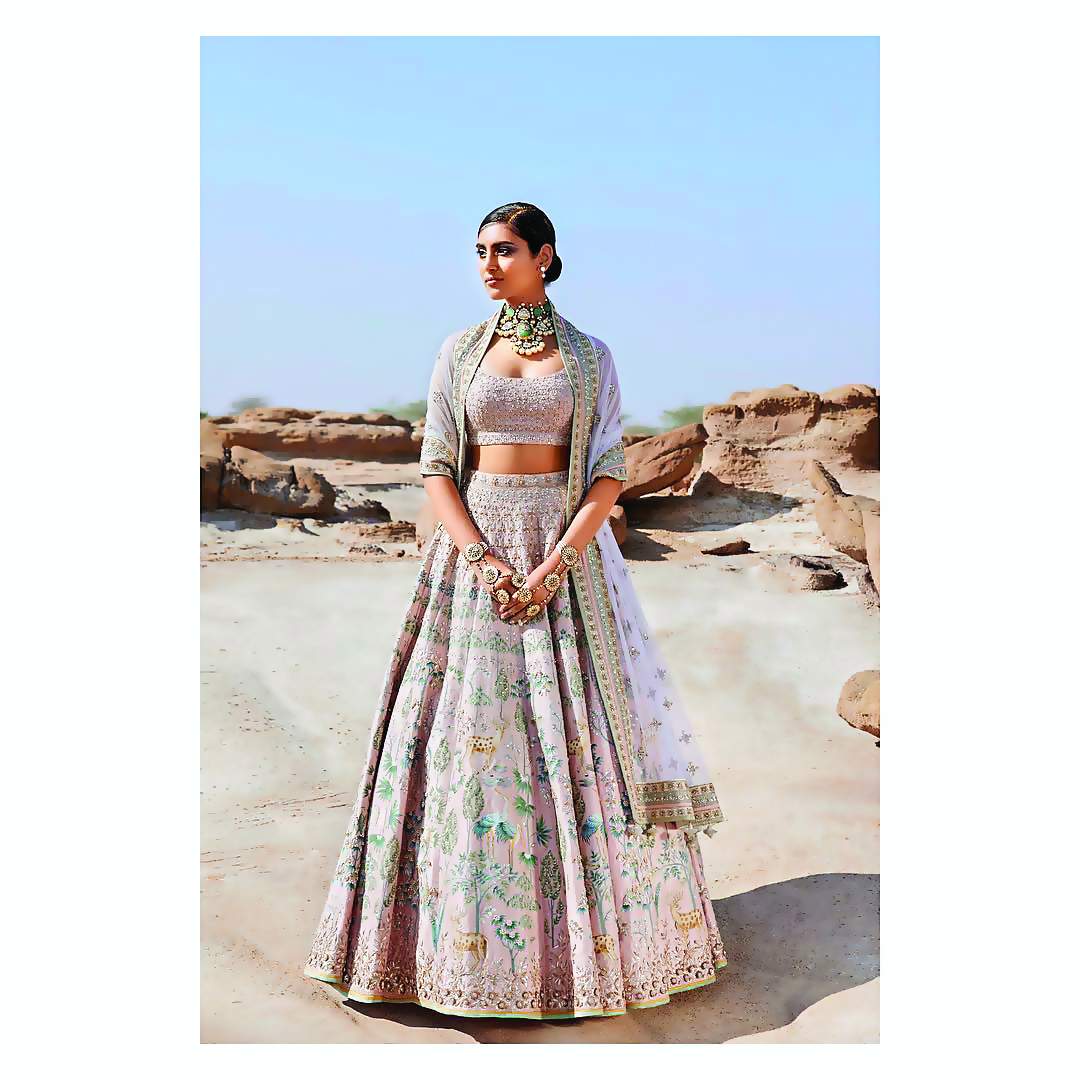 An extension of her design sensibilities, the idea for Anita Dongre’s jewellery brand came as a response to the designer borrowing pieces from her mother and aunt’s jewel chest for her wedding showcase photoshoots earlier in her career. “There was always a desire to create jewellery because I always wanted to design a whole look for my customers. I started by taking inspiration from my Jaipur-made gotta patti lehengas and then, created a collection that complemented the clothes.”

Tell us about your collaboration with Anita for this Trunk Show?
Anita has built a fashion empire using supreme craftsmanship and infusing tradition as well as contemporary design. I personally love what she has built.
— Tina Malhotra, Founding Partner, Evoluzione

What about the Anita Dongre aesthetic do you like?
I particularly support her views on power dressing being partial and patriarchal. Brands such as AND have created an identity for the Indian Professional woman. Strong and feminine.
— Deepali Goyal, Chairperson FICCI FLO

A study in pink
A jewellery line that is handcrafted in Jaipur from start to finish, Pinkcity is an amalgamation of uncut gemstones set in gold, and jadau work encrusted with meenakari on a variety of styles from chandbalis and jhumkas to haathphools, noserings and chokers. Drawing extensively from Jaipur’s visual language, the line’s primary motifs include arches and geometric shapes inspired by the architecture of the city, and tulips and wildflowers from Mughal gardens. “Jewellery making is an ancient craft in Jaipur and our craftspeople belong to families who have been in the profession for years. Each of my pieces passes through seven different artisans before it goes for finishing. I even have a dedicated artisan who hand draws all our meenakari.” Time machine
With the upcoming wedding season just around the corner, Anita suggests that a bride invests in pieces that truly represent her, can be worn on other festive occasions, and can be passed on as an heirloom. “I still enjoy wearing pieces that I received on my wedding. I have also gifted some of my older pieces to my daughter-in-law. Jewellery, that way, can be very timeless.”

Suggesting that brides try on various styles before settling on a trinket, the designer recommends statement jhumkas or chandbalis for women with a long neck and slender frame. “For brides with a square-ish face, a choker will help soften the sharper angles of the face. This can be paired with tiny earrings,” she says, explaining that like her clothing label, Pinkcity does not offer complete jewellery sets. “This season is all about mixing styles for a free-spirited vibe.” Better together
As the designer continues to expand her market footprint globally, new stores in India are also on the Anita Dongre map. “Chennai has been on the cards for a while now. I have been looking for a chance to showcase my brand and maybe even set up a flagship store here,” reveals Anita, even as plans to finalise a suitable space are in motion.

Known for her collaborations with the SEWA centre and work towards sustaining crafts from remote villages of India, we wonder if the designer plans on working with other artisan clusters for her jewellery. “It will always remain Jaipur. The Rajasthani artisan is capable of so much more and I enjoy working with this team,” she says.

Price on request. The designer will be present at Taj Connemara on July 26 and 27. 10.30 am onwards.